The month of August zipped past our lives and we are already through one-third of September. But in the passing days, there was a 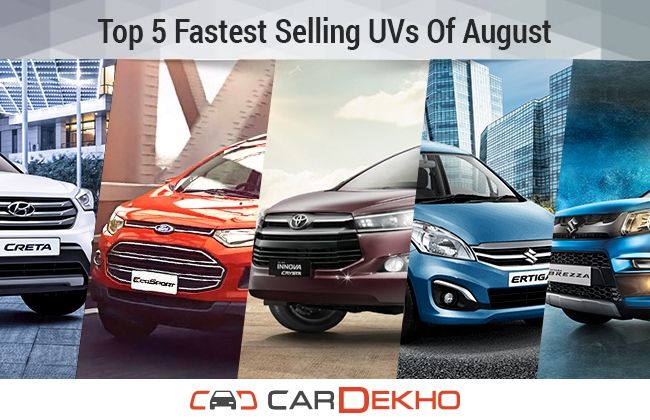 The month of August zipped past our lives and we are already through one-third of September. But in the passing days, there was a battle going on between utility vehicles in our market. The rising obsession for UVs among masses has injected a new lease of life in this segment. This started with the advent of compact SUVs and later on, it’s been carried forward by mid-size SUVs. Buyers in this part of the world are no longer shy to cough up a little more when it comes to owning their desired car. Last month’s UV figures are a testimony to it; have a look at the top five fastest-selling UVs in the Indian auto market. 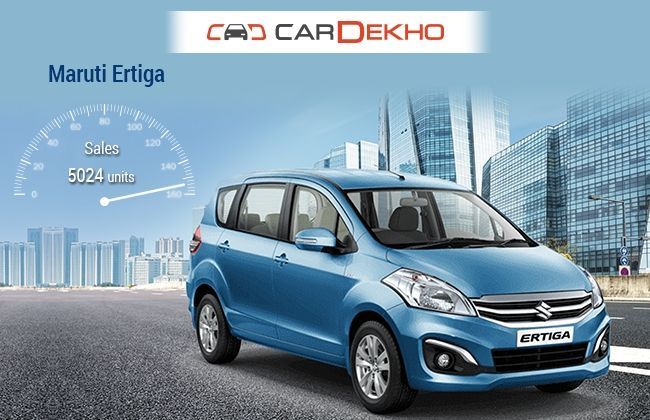 When it comes to creating sales list of passenger cars, Maruti vehicles are bound to come, and this list too has the Maruti Suzuki Ertiga at number 5 position. The multi-utility vehicle has been doing pretty well since its inception in April 2012, thanks to its sober looks, neatly designed interiors, decent space and impressive fuel economy. However, it’s short on features, but that’s completely fine; the Maruti brand name covers it all. It registered 5024 units. 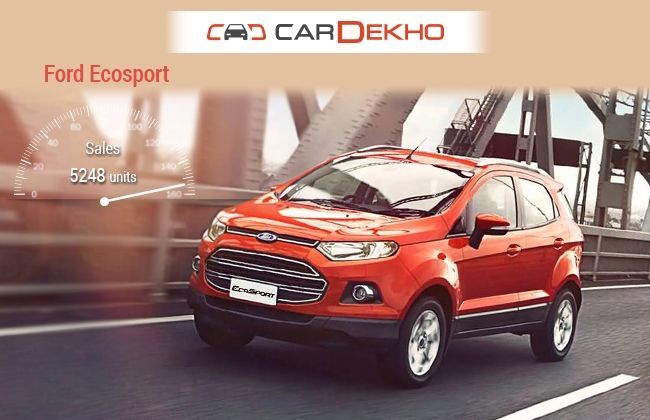 Despite producing some very good products like the Figo and the Aspire, Ford hasn’t been able to really charm Indian buyers. However, one car that has kept it afloat in our market is theEcoSport. The compact dimensions, European styling and an array of gizmos make it one of the preferred choices for urban buyers looking for a compact SUV. Powered by the globally awarded EcoBoost engine, driveability and handling have been some of the aces in the EcoSport’s armour. The Ford SUV clocked figures of 5248 units in August. 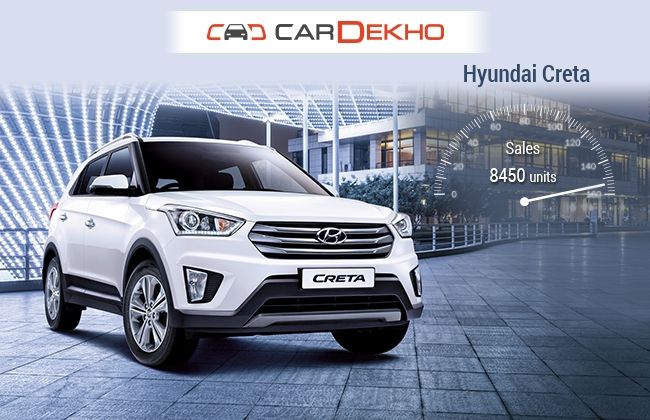 Next in the list is the talk of the town, the Hyundai Creta. Marketed as the perfect SUV from the Korean automaker, the Creta was an instant hit when it was unleashed in the country on July 21 last year. The country was hooked by its sheer road presence, elegant styling and its ‘Hyundai’ badge which calls for loads of comfort and convenience inside the cabin. It displayed highest safety attributes with 6 airbags and other key protective features. Its unmatched handling and excellent mileage of close to 20kmpl with diesel had the nation going gaga over it. The consistent performer registered 8450 units for last month. 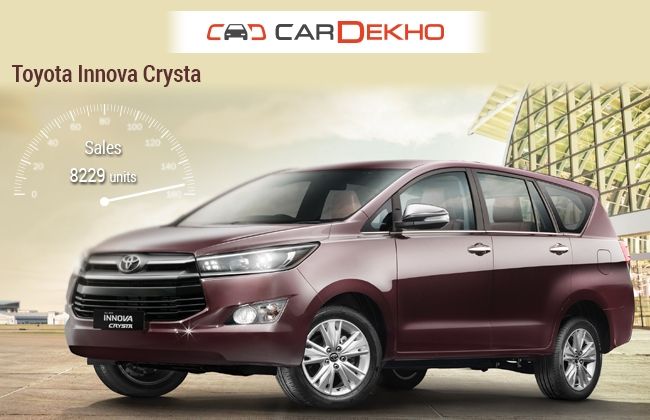 The dark horse of Toyota continues its marathon run in the Indian automotive market with the sales meter reading 8229 units for August. The rebadging and premium pricing doesn’t seem to trouble Innova lovers; it seems buyers are ready to pay any amount for that Innova appellation. With the upgrade, the Japanese automaker has taken the game to an all-new level with sharper design language, premium features and powerful diesel engines. Surprisingly, bookings are more for the Innova Crysta top end (20 lac+!) and automatic variants. This speaks for the reliability factor that the Innova brand has earned in all these years. 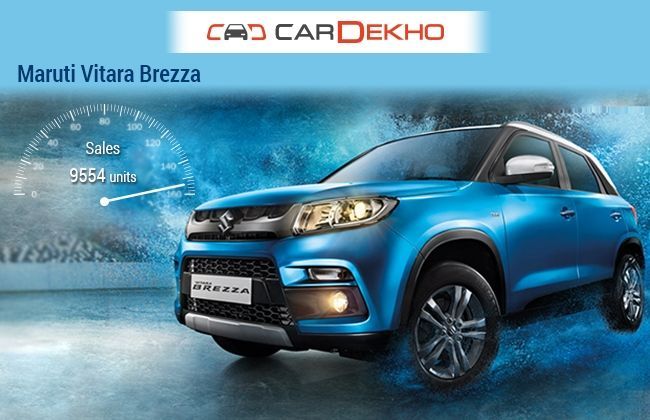 Topping the chart is yet again a Maruti. It’s the Vitara Brezza. The Japanese carmaker’s first attempt at the compact SUV space has received overwhelming response from the buyers. The success of the Vitara Brezza reiterates that our preferences are defined – style, comfort and fuel efficiency, and it ticks all the boxes. The emergence of the Maruti compact SUV has definitely put a dent into the Creta’s sales. The August report car of the Brezza read 9554 units. Let’s see how things unfold in September’s sales.

For all those folks wondering where their favourite UVs which once ruled this segment are, have a glance over some of the famed names and their performance in the month of August. Beginning with the Renault Duster, its sales have been stagnant at around 1500-1600 units a month and last month too it recorded 1658 units. The Mahindra Bolero (once a leader, until flurry of UVs broke its supremacy) and the Scorpio were decent at 4841 and 3918 units respectively. Mahindra’s another SUV, the XUV 500, recorded 2222 units for August. The other Indian automaker, Tata was able to sell 589 units of the Tata Safari and Storme collectively.

With the first and the last spot conquered by Maruti Suzuki in the UV list, it seems the Japanese automaker is all set to dictate terms in this segment too, in addition to its consistent dominant performance in the passenger car segment.

Which UV do you feel will be able to outperform others in September? Do let us know in the comments section below.