7-Seat Baojun 530 Launched In China; India-Launch With MG Badge On The Cards 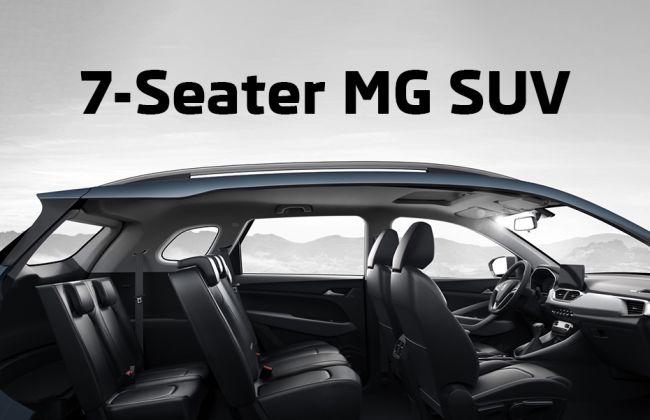 MG Motor is set to launch its first SUV, a reworked version of the Baojun 530, in India in mid-2019. While the launch is still a few months away, sources tell us that MG’s first SUV will be launched as a 5-seater, but a 7-seat version is also planned. Good news is that Baojun has already launched the 530 with 7 seats in China and we can now have a fair idea about it.

Since dimensions of the 5-seat and 7-seat 530 are the same, it means that the newly added extra seats do not require any mechanical changes to the chassis. It also means that it will be possible for MG to introduce the 7-seat version of its SUV in India soon after the 5-seater is launched.

In the images, the last-row seats look wide, but it remains to be seen just how much legroom is on offer. The seats get adjustable headrests, can be folded forward and are split 50:50. Rear passengers also get cup holders and USB sockets for charging smartphones.

In China, the 7-seat Baojun 530 is powered by the same 1.5-litre turbocharged petrol engine, like the 5-seater. Similarly, both 5-seat and 7-seat versions of the MG SUV are expected to be available with the same petrol and diesel engine options. MG has already confirmed that its first SUV will be powered by the same 2.0-litre diesel engine that powers the Jeep Compass and the Tata Harrier. The details of the petrol engine, on the other hand, are yet to be revealed.

While we expect the 5-seat version of the MG SUV to start from around Rs 17 lakh in India, the 7-seat version might be priced a little higher. Top variants of the XUV500 and Tata Hexa currently cost Rs 19.21 lakh and Rs 17.97 lakh (ex-showroom Delhi), respectively.