Tata Altroz Teased Ahead Of Geneva Reveal In March 2019 Tata’s Altroz is expected to get the same powertrain setup as the Nexon The Altroz will be revealed in the flesh at the 2019 Geneva Motors... 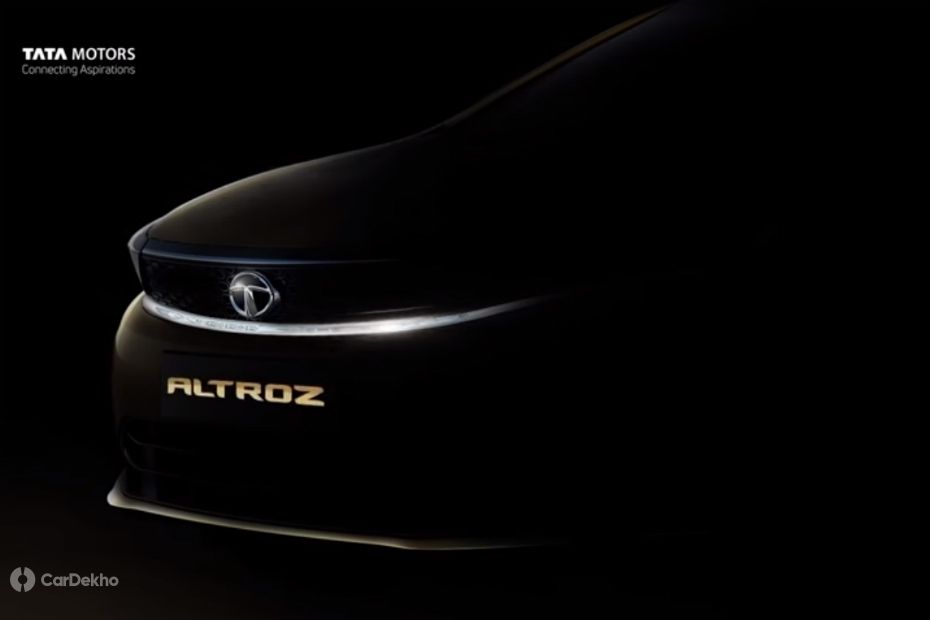 Before the upcoming reveal of its premium hatchback, Altroz, at the Geneva Motor Show, Tata Motors has released a few teaser videos of the car in its production guise.

From what we can spot in the teaser videos, the Altroz gets chrome garnishes both at the top and bottom of the front grille. At the lower end of the front bumper, we can also spot a lip spoiler. The teaser doesn’t reveal the headlamp design, but we expect Tata to offer projector headlamps on the Altroz, like its entire modern lineup.

The Baleno rival also gets a chrome strip that runs along the lower end of the window line and tapers towards the C-pillar. The Tata Nexon also gets a similar design element, albeit in white. This makes us wonder if the Altroz’ rear might as well feature a Nexon-like black ceramic insert. Nonetheless, what’s certain from the teaser video is that it would get an integrated boot spoiler, like the Tiago.

Tata is yet to tease the Altroz’ interior, but we do know from previous sightings that it will get a partially digital instrument cluster and floating-type infotainment system.

The premium hatch has otherwise carried over the overall free flowing design from the 45X concept, that was revealed at the 2018 Auto Expo. The C-shaped front fascia, sloping roofline with a sharply rising window-line and the sculpted rear, all look like they have been lifted straight from the concept. While the concept measured over 4m, the production-spec model should be under 4m and it will be positioned in the premium hatchback space.

While Tata has not officially revealed much about the Altroz, we expect its powertrain options to be similar to the Nexon, which gets a 1.2-litre turbo petrol and a 1.5-litre diesel engine, both with manual and AMT options. Once launched in India, it will go up against the likes of Maruti Suzuki Baleno, Volkswagen Polo and Honda Jazz.The Altroz is expected to be launched in India by mid-2019.

Stay tuned to CarDekho as we will bring you live updates from Tata’s pavilion at Geneva in the first week of March. Where besides the Altroz, Tata will also reveal the seven-seat version of the Harrier.