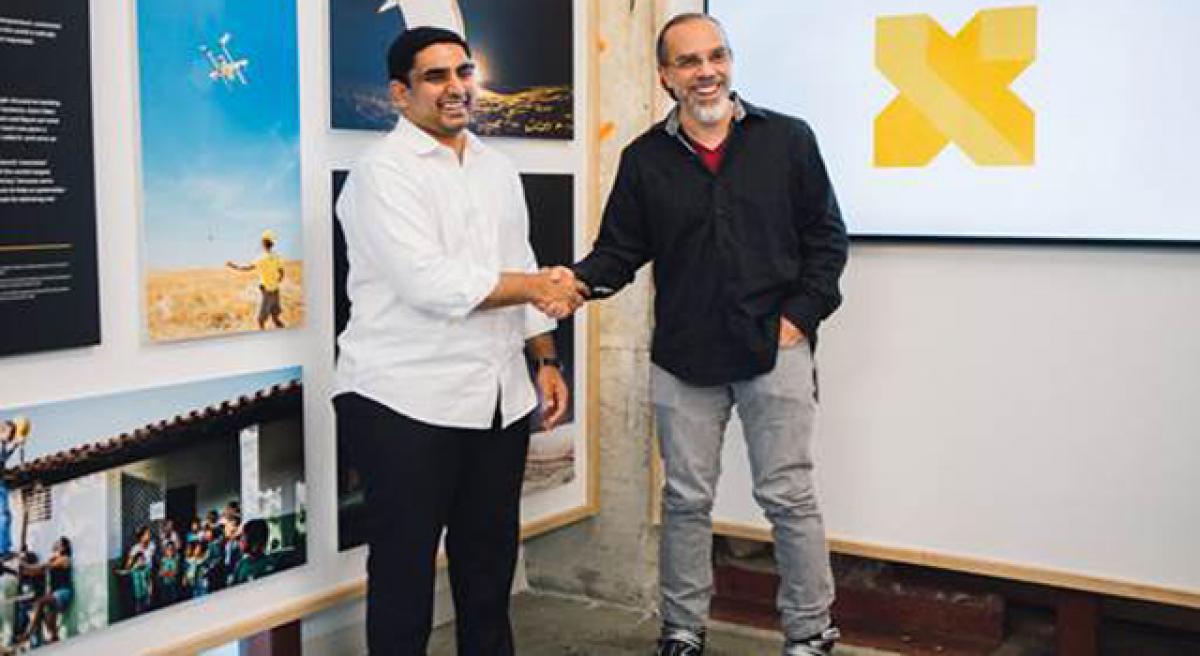 The Andhra Pradesh government will deploy Free Space Optical Communication (FSOC) technology- developed by X, a subsidiary of Google’s parent company Alphabet Inc- in the state to provide high-speed wireless internet. In this regard, the Andhra Pradesh State Fibernet Ltd (APFSL) has signed an agreement with X, the Moonshot Factory or Alphabet’s X.

Hyderabad: The Andhra Pradesh government will deploy Free Space Optical Communication (FSOC) technology- developed by X, a subsidiary of Google’s parent company Alphabet Inc- in the state to provide high-speed wireless internet. In this regard, the Andhra Pradesh State Fibernet Ltd (APFSL) has signed an agreement with X, the Moonshot Factory or Alphabet’s X.

IT Minister Nara Lokesh, who’s on the US visit, on Friday tweeted that “AP will be using technology and some equipment developed by a team at X to plug critical gaps in the backbone of the network. Because, it can overcome terrestrial obstacles like rivers, rocky terrain, or train tracks to get a signal to cell towers or Wi-Fi hotspots in hard to reach areas.”

Teller said: “We’re delighted to be partnering with APFiberNet on this promising innovation that could overcome some of the longstanding challenges of getting high speed internet to hard to reach areas, and looking forward to helping them make the benefits of the web more accessible to more people in Andhra Pradesh. To kick off this initiative in 2018, X will have a small team of engineers and experts based in Andhra Pradesh to support the implementation.”

This is claimed to be first-of-its-kind association in the world to provide wireless internet connection at a higher speed of upto 20Gbps (gigabits per second) over long distances upto 20 km. Andhra Pradesh Economic Development Board (APEDB) will also use FSOC links to help bring fast, reliable internet access to more people across the state.

In his tweet, Lokesh said: “X will be the state's innovation partner, deploy its resources and team to help achieve the goal of Digital Andhra.”
Under the agreement, X will set up a local office in AP to monitor the technology deployment. X engineers on site will work together with APFSL personnel identifying and selecting suitable sites for deployment of the FSOC links. It’ll initially supply 2,000 FSOC links to the State.

According to a statement from APEDB, the AP government is committed to bring high speed internet and broadband connections to about 12 million households and 130,000 enterprises by March 2019. FSOC will also help providing high bandwidth to telecom towers (presently on low data rate microwave links) enabling to upgrade from 2G to 3G/4G services.

Andhra Pradesh has more than 15,000 towers without fibre connectivity and rely on microwave links to maintain voice and 2G data service. Less than 20 per cent of the 53 million people in Andhra Pradesh currently have access to broadband connectivity.