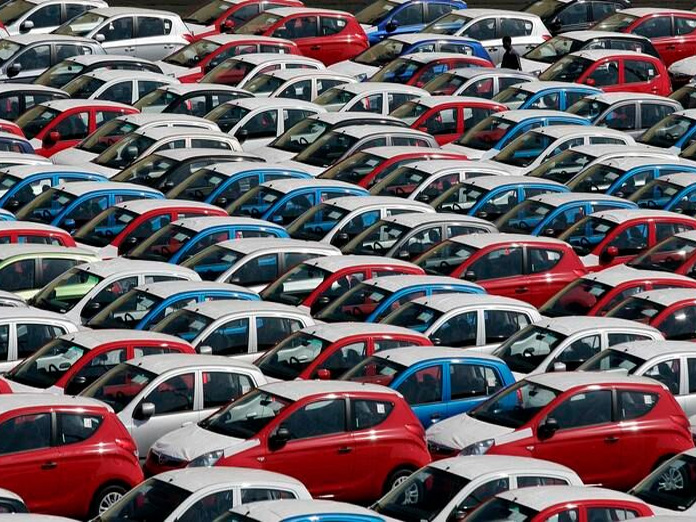 Automobile dealers body FADA on Tuesday said retail sales of passenger vehicles PV in AprilDecember period this fiscal declined 2 per cent to 19,17,750 units According to Federation of Automobile Dealers Associations FADA, which collected vehicle registration data from 1,072 out of 1,431 Regional Transport Offices RTOs, PV sales measured by registrations stood at 19,65,630 units in the ye

FADA also hoped that retail sales of passenger vehicles would improve in the fourth quarter to end the year on a positive note despite witnessing decline so far in 2018-19. "PV retail sales have declined in April-December. So, in quarter four if we are able to arrest the de-growth and get into positive territory, we hope that in the April-March period (2018-19 fiscal) it gets into positive zone, if not into double digits, at least in high single digits," FADA President Ashish Harsharaj Kale said.

At present, there are signs of improvement in consumer sentiment with footfall in showrooms increasing in the first few days of January, he said. After the festive season, fuel prices have gone down, while liquidity situation was a major constraint in December, positive impact of policy measures to address the issue will be felt in this quarter, he added.

"NBFC liquidity, which directly impacts the auto industry, is also getting due attention," Kale said adding FADA was hopeful of positive outcome of RBI Governor and NBFCs meet that would help further improve consumer sentiment. After piling up of inventory ahead of festive season, he said PV manufacturers have now rectified it with levels coming down to 35-40 days from around 55-60 days. This coupled with some reasonably good retail sales, towards the end of December helped in reducing the extremely high PV inventory, to reasonable levels in many markets, he said. Customer interest is still healthy, indicating sales will come back in its previous growth trajectory sooner than later," he added.