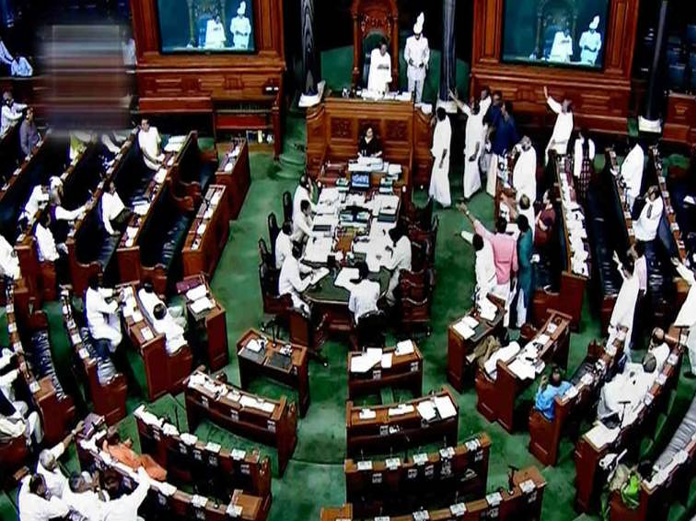 Reversing a foursession slide, market benchmark Sensex surged over 665 points on Thursday as investors piled into recently beaten down banking, auto, IT and FMCG stocks ahead of the Union Budget

​Mumbai: Reversing a four-session slide, market benchmark Sensex surged over 665 points on Thursday as investors piled into recently beaten down banking, auto, IT and FMCG stocks ahead of the Union Budget.

Trading sentiment was also upbeat following US Federal Reserve's dovish policy stance, which propelled global equities. Heavy short-covering on expiry of January series futures and options (F&O) contracts too buoyed the benchmarks, analysts said. The 30-share Sensex rallied 665.44 points, or 1.87 per cent, to close at 36,256.69. The broader Nifty soared 179.15 points, or 1.68 per cent, to 10,830.95. All BSE sectoral indices finished in the green, led by IT, energy and banking.

The current government is set to present its last Budget on Friday, which is expected to have major announcements to support the farm sector and spur consumption. According to Joseph Thomas, Head Research, Emkay Wealth Management, the market was well bid across segments and sectors throughout the day. "It was mainly propelled by two important factors.

The first being the moderation in the monetary policy stance of the Fed, as the key Fed funds rate was left unchanged. The status quo, in the midst of looming fears over an impending economic slowdown, and also as the probability of future hikes may be far and few, catapulted the markets to higher levels.

"The second one being high expectations from the interim Budget by way of measures that would alleviate the agrarian distress and boost the employment and consumption levels," he said. Meanwhile, on a net basis, foreign portfolio investors (FPIs) bought shares worth a net of Rs 130.25 crore on Wednesday, and domestic institutional investors (DIIs) were net buyers to the tune of Rs 502.26 crore, provisional data available with the BSE showed.

On the global front, investors were also optimistic about the ongoing two-day high-level talks between the US and China aimed at settling their six-month trade war. The rupee, meanwhile, depreciated marginally against $ to 71.15. The benchmark Brent crude futures were trading slightly higher at $61.55 per barrel.