Jet Airways likely to get over Rs 3,000 cr funds 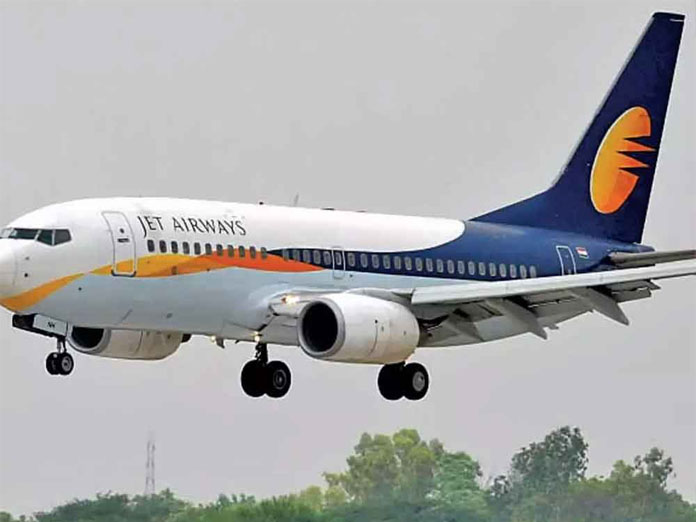 Lossmaking Jet Airways is likely to receive fund infusion worth over Rs 3,000 crore post debtrejig and investments by Etihad Airways as well as National Investment and Infrastructure Fund NIIF while founder Naresh Goyal might remain the promoter with less than half of the existing majority stake of 51 per cent, according to sources

Abu Dhabi-based Etihad, is a strategic partner and is expected to pump in around Rs 1,400 crore.

​New Delhi: Loss-making Jet Airways is likely to receive fund infusion worth over Rs 3,000 crore post debt-rejig and investments by Etihad Airways as well as National Investment and Infrastructure Fund (NIIF) while founder Naresh Goyal might remain the promoter with less than half of the existing majority stake of 51 per cent, according to sources.

While the final contours of debt-restructuring and consequent changes are being worked out, an analyst said that Etihad Airways should come as the main driver for Jet Airways as lenders and shareholders would not be able to bring in much value addition.

Abu Dhabi-based Etihad, which currently owns 24 per cent in the full service carrier, is a strategic partner and is expected to pump in around Rs 1,400 crore, sources said.

On February 14, Jet Airways' board approved a Bank-Led Provisional Resolution Plan (BLPRP), whereby lenders would become the largest shareholders in the airline.

After receiving approval from shareholders, during their meeting scheduled for February 21, part of debt would be converted into 11.4 crore shares at a consideration of Re 1 apiece as per RBI norms.

Later, appropriate interim credit facilities by domestic lenders would be sanctioned to the airline, as per a regulatory filing made on February 14.

The government-backed NIIF, where Abu Dhabi Investment Authority is a key stakeholder, is likely to acquire little over 19 per cent stake in the ailing airline, they added.

They said that NIIF is likely to put in Rs 1,400 crore while lenders, led by the State Bank of India (SBI), are expected to convert debt into equity worth around Rs 600 crore.

Sources also said that Etihad's proposed investments would hike its stake only marginally and that would not trigger the requirement for making an open offer for shareholders of Jet Airways under Sebi regulations.

Together, the fresh funding for the airline would amount to about Rs 3,400 crore and Goyal's stake could reduce to 20 per cent from 51 per cent at present, sources said.

Queries sent to Etihad Airways and NIIF on their proposed investments in Jet Airways remained unanswered.

Query sent to Jet Airways about Goyal's stake coming down to around 20 per cent after debt-rejig did not elicit any immediate response.

Deepak Jasani, Head of Retail Research at HDFC Securities, said Etihad should come as the main driver of the company and they have to nominate their main people to run the airline because lenders and shareholders are not going to bring in much value addition.

Noting that it is an irretrievable situation under the current promoters, Jasani told PTI that who would be the operational owner of the airline would be the most crucial part.

"Somebody who has expertise and equity stake has to come. Only then this can be revived. Otherwise we are postponing the problem by a couple of years... If you are not changing the management, then we are going to stay where we are. Same problem will come again," he said.

V K Vijayakumar, Chief Investment Strategist at Geojit Financial Services, said the restructuring exercise is likely to steer Jet Airways away from the turbulence it has been going through for many years now.

"The SBI-led consortium of bankers who will be becoming the largest shareholders after the conversion of debt into equity can manage the transition of management over to Etihad plus another partner eventually," he noted.
Jasani noted that he thinks a lot of things would not be disclosed to the public in the current deal. "At the government and regulatory levels, they may have been sounded off on the final contours. We have to see whether political issues crop up, whether opposition have objection... we will have to see many factors," he added.