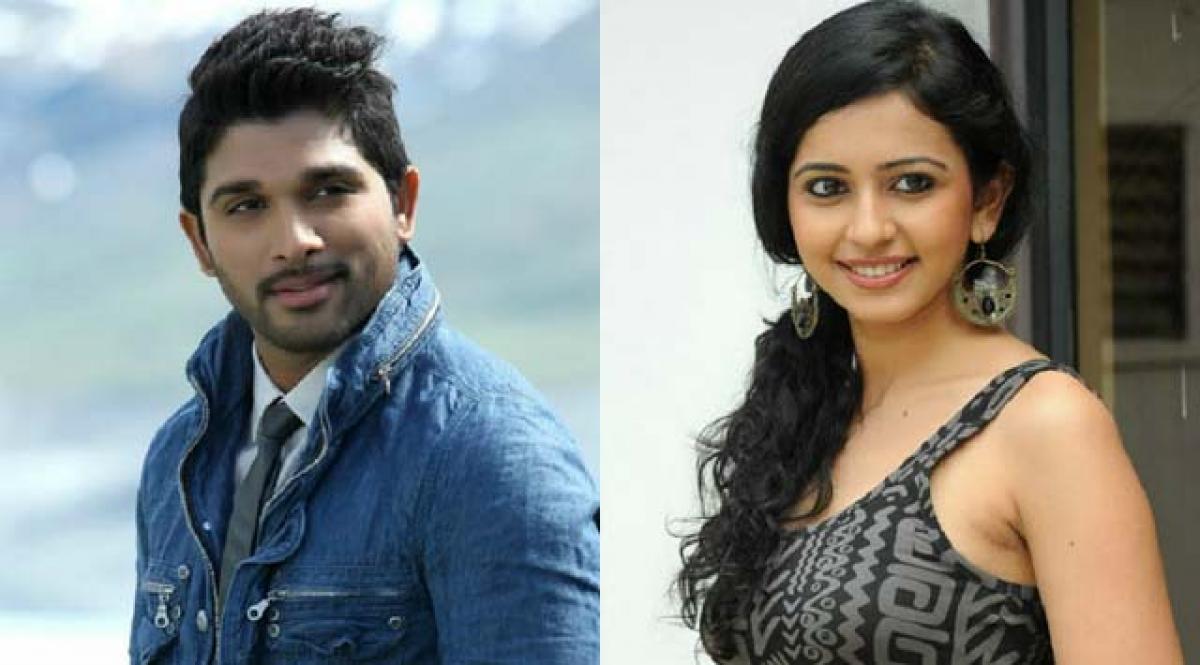 Rakul Preet Singh has scored a blockbuster with her recent release Nannaku Prematho starring Jr NTR. For the first time, Rakul Preet is going to share ...

Rakul Preet Singh has scored a blockbuster with her recent release Nannaku Prematho starring Jr.NTR. For the first time, Rakul Preet is going to share screen space with Allu Arjun in her upcoming Sarainodu under the direction of Boyapati Srinu.

Allu Arjun seemed to have earned a fan in Rakul Preet who was impressed with the actor's dance moves while shooting for the songs in the movie. Rakul took to Twitter to praise her co-star Allu Arjun's dancing skills.

Shooting for a super duper mass song for #Sarrainodu !this will 4 sure be d max I Hve danced till date. @alluarjun is killing it! 🙈😀

Sarainodu is slated to hit the theatres on the eve of Ugadi - April 8th.

Coronavirus lockdown: AP govt to issue E-Passes to the vendors in ...

Indian boy who predicted COVID-19 outbreak says it will end on...