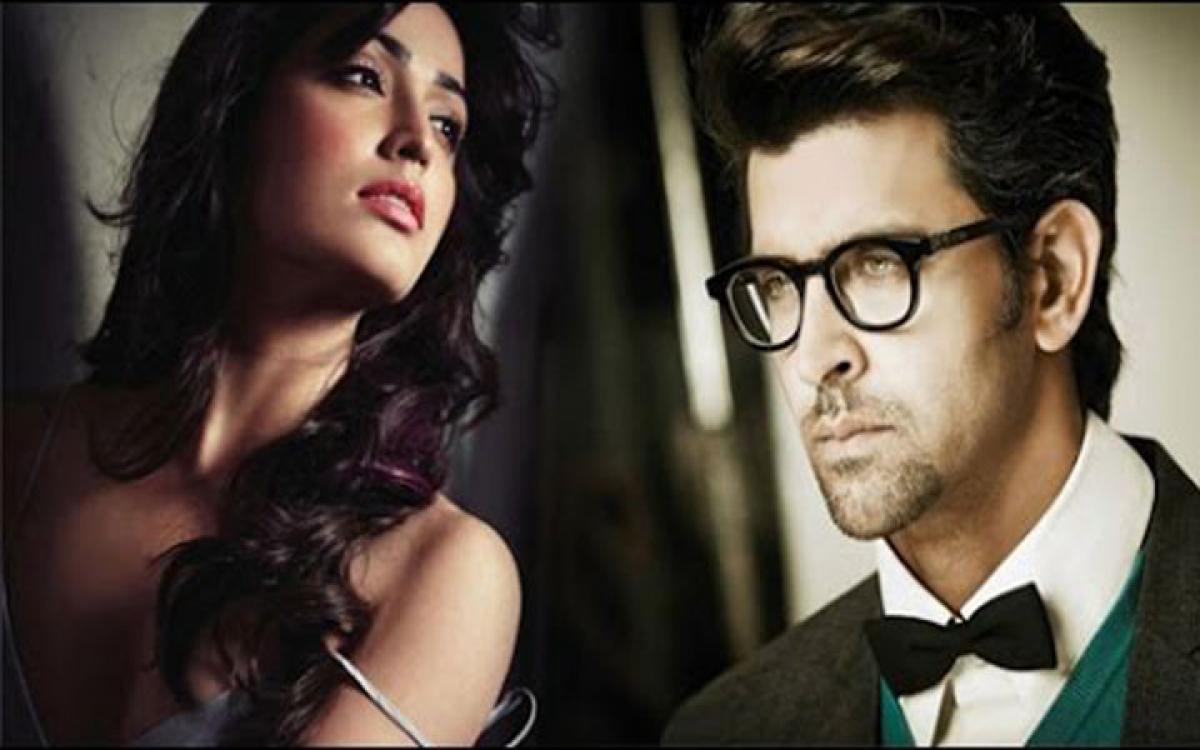 Actress Yami Gautam, who will star alongside Hrithik Roshan in upcoming film \"Kaabil\", says she is nervous yet excited to share the screen space with the actor whose work has inspired her a lot.

New Delhi: Actress Yami Gautam, who will star alongside Hrithik Roshan in upcoming film "Kaabil", says she is nervous yet excited to share the screen space with the actor whose work has inspired her a lot.

"I am very excited to get such a huge opportunity to star with him (Hrithik). I am nervous to share screen space with him. He is a big star and someone whose work has inspired me every time. I am sure he will be amazing to work with. So, I am really looking forward to work with him," Yami told IANS here.

The film will be produced by Hrithik's father, filmmaker Rakesh Roshan and directed by Sanjay Gupta.

Yami, best known for her roles in films like "Vicky Donor", "Total Siyapaa" and "Badlapur", will next be seen onscreen in romantic drama film "Sanam Re" along with actor Pulkit Samrat.

"I liked the story and my character a lot. Also the fact that it will be the first love story that I'll be doing. That got me excited. No love story is complete without songs," she said.

She also shared her experience of shooting in Shimla in near-freezing conditions.

"It was a freezing experience, shooting it in Shimla. It was very tough. But it has been worth it because the only thing that motivated us was good work and it's going to come up very nicely," Yami said.

"It was very difficult to shoot because there were problems with oxygen, water and so many hurdles. But today we are proud of what we have done," she added.

Asked whether the film will break the stereotypical image of romantic films in Bollywood, Yami said: "I don't think we are trying to change any image or anything. We are just trying to touch hearts. If you feel something from inside and if you wish that's how I want my soulmate or my partner to be, I think our job is done."

"Through 'Sanam Re', we are just trying to narrate a story and spread love."

Yami's chemistry with Pulkit in the film's trailer has garnered appreciation. So is this the reason why the duo got a chance to work again in another film called "Junooniyat"?

Yami said: "We were already shooting 'Junooniyat' before 'Sanam Re'. We did both the films simultaneously. Right now we are only hoping that people will love this one."

"Sanam Re", directed by "Yaariyan" fame filmmaker Divya Khosla Kumar, is set to release on Friday.