A Happy Marriage is not a myth, portrays Ki & Ka 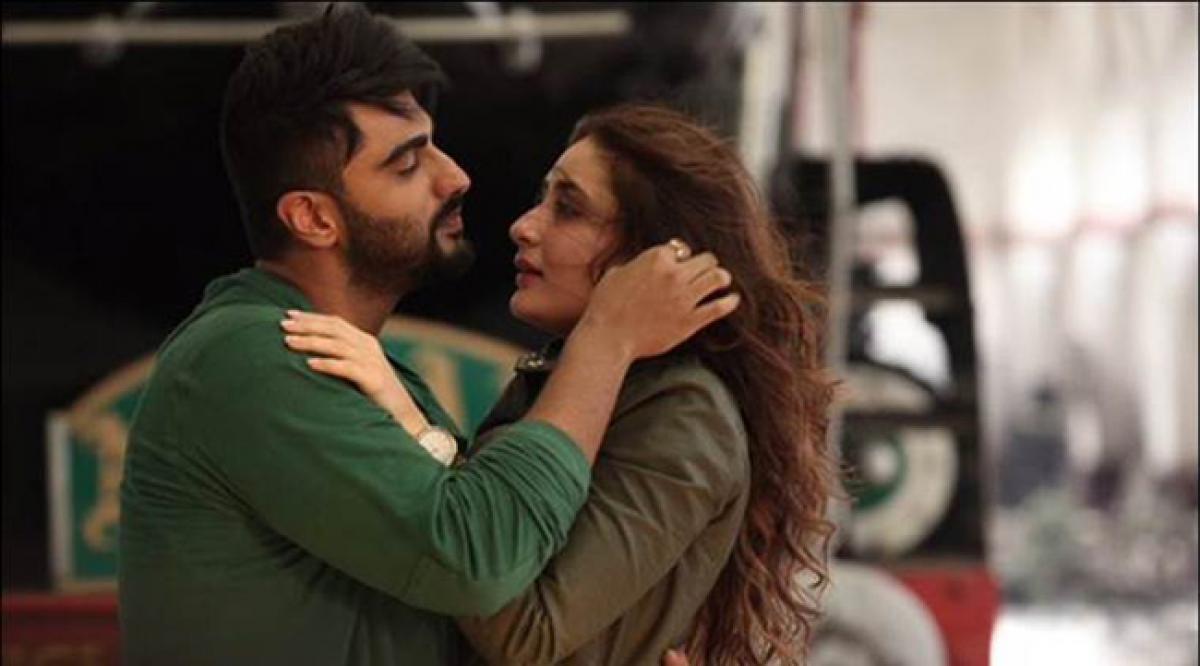 The \'streeling\' (feminine factor) is pulling Arjun Kapoor into the kitchen. And Kareena Kapoor Khan doesn’t mind as long as he is fully functional in the bedroom.

The 'streeling' (feminine factor) is pulling Arjun Kapoor into the kitchen. And Kareena Kapoor Khan doesn’t mind as long as he is fully functional in the bedroom.

That, dear audience, in a nutshell is "Ki & Ka". A film about role reversal between the sexes where the ambitious wife Kia (Kareena) goes out to earn the bread and butter, while the husband Kabir (Arjun) is blissfully happy looking after the home.

Immediately, there is an infectious charm to the proceedings. Every scene is a joy to behold. It could have something to do with Kareena’s presence. She lights up every frame as only she can. And then when you have the cinematographic genius P.C. Sreeram manning the lenses, even Arjun Kapoor looks so radiant, you want to ask this couple… Where do they generate so much sunshine in their souls?

Most films about married couples in Bollywood are paeans of pain. Well, surprise surprise! A marriage need not be a melody of misery, provided the couple does what it wants to without caring about how they would look to the world.

So when Kabir meets Kia on a flight, they hit it off instantly. The words that flow between the cool Kabir and the hot Kia are so conversational that I wondered if Arjun and Kareena thought of the dialogues as they played out their characters’ combined karma. The dialogues are never florid or bombastic.

This is Balki's take on how to playfully dodge gender stereotyping in a country where even words have a gender. Given the unbelievable patriarchal prejudices, it takes guts for a man like Kabir to tell his father to shove his wealth up his you-know-what, as Kabir wants to be a housekeeper like his mother.

It takes even more guts for an actor to play a man who is happy cooking, cleaning and living off his wife’s income.

Arjun Kapoor makes the character’s unconventional, some would say downright embarrassing aspirations seem so normal, you wonder why more husbands don’t adopt the you-go-I-stay route. This is by far Arjun’s most accomplished performance. The joy he exudes in house-keeping chores is almost contagious. The hurt he conveys is palpable when his wife begins to resent his growing popularity ("Abhimaan" in reverse) as the face of the metrosexual man very happily, very heterosexually in touch with the feminine side of his personality.

Perhaps it is the company that Arjun keeps. Kareena Kapoor Khan’s beauty, plus her ability to communicate her character’s frantic ambitions without making her seem like a man in skirts, makes Balki’s job a lot easier.

This genial film about two young, free-spirited people who assume non-traditional roles and then live happily ever after (almost) is powered by terrific directorial treatment. Freed of flamboyant and florid flourishes, the free-flowing narrative sweeps you with its understated charm.

The crisis point in Kia and Kabir’s winsome togetherness is reached in a tongue-in-cheek homage to Hrishikesh Mukherjee’s "Abhimaan". Kia’s outburst, accusing Arjun of being a scheming manipulator makes her look awfully unfair and rather paranoid.

Wives, we know, are capable of such temporary lapses of reason.

The crisis, you feel, is brought on because every film needs one. Ironically, the climactic crisis in the couple’s marriage is precipitated by Amitabh and Jaya Bachchan who make a very agreeable joint appearance. The best dialogue of the film is given to Mrs. Bachchan who tells her superstar husband, “If I had continued my career and if you had agreed to look after our home, I would have been the one waving to fans outside.”

The film begins with Arjun Kapoor sobbing on a flight and ends with Kareena Kapoor Khan sobbing on another flight.

They are welcome to their drama. We came away smiling from this affable story that proves a happy marriage is not a myth. Not yet.