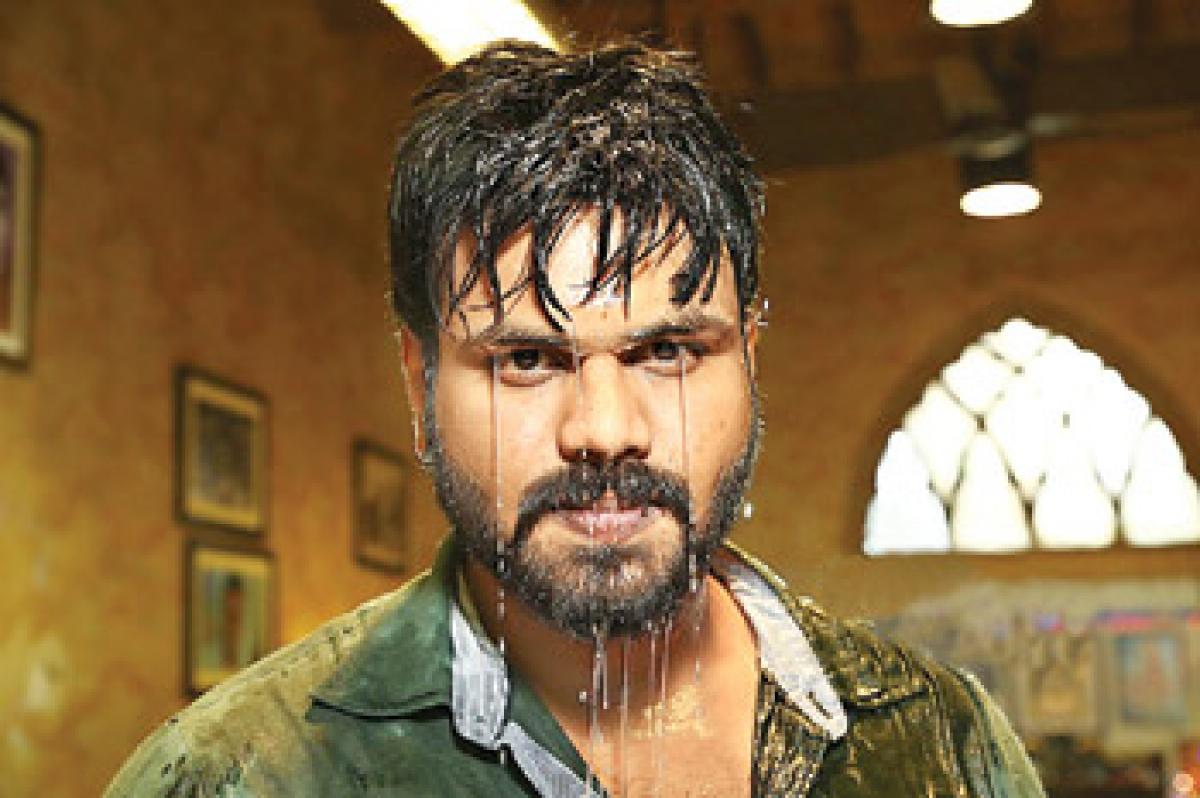 When the genre is time-tested and the star cast a good assemblage of performers, one can at least hope to have a watchable flick, however, routine the plotline is. Ram Gopal Varma’s ‘Attack’ gives you that false hope to start with as the 107-minute film begins with the usual crimeladen backdrop.

When the genre is time-tested and the star cast a good assemblage of performers, one can at least hope to have a watchable flick, however, routine the plotline is. Ram Gopal Varma’s ‘Attack’ gives you that false hope to start with as the 107-minute film begins with the usual crimeladen backdrop. Prakash Raj, an ex-don with a family comprising three sons Jagapathi Babu, Manoj Manchu and Vadde Naveen harbours political ambitions and wants to move away from the violent past, forever.

Right here, everyone knows that it would be easier said than done. In his own quirky manner, the director deems it fit to make the retired don and later Jagapathi Babu get killed by their enemies. The rest of the story is a ‘counter-attack’ by the surviving family members led by Manchu Manoj and his father’s trusted aides.

At once, a tiresome, even amateurish sort of a film going by RGV standards, ‘Attack’ is a total washout. The worst form of hamming is reserved for Prakash Raj, who has just a few minutes of real screen space but keeps popping up mouthing platitudes, in an irritatingly measured tone. Jagapathi Babu, who has gained valuable mind space among the young gen recently with his anti-hero roles, just gets bogged down with stereotyped expressions and inadequate bandwidth to his character.

Manchu Manoj gets the second half all for himself but he is not given much scope as his role play is all too well known and pre-defined. He is the only guy with a love interest (Surabhi) who successfully bugs him to stay away from the blood and gore route which his family members had been known for. Another RGV fixture Abhimanyu Singh is the villain whom Manchu has to take on and of course, he does it in vintage Telugu film hero style.

Despite a running time of less than two hours, the film feels a heavy drag and has an overhang of monotony, making one feel that the director seemed to have taken up the project for the heck of it. The action is Hyderabad-centric, more specifically, the Old City area is shown repeatedly, but it does not add any significant value to the narration which is disinterested and sloppy. Spare yourself this ‘attack’, if you still want to give RGV the benefit of doubt!