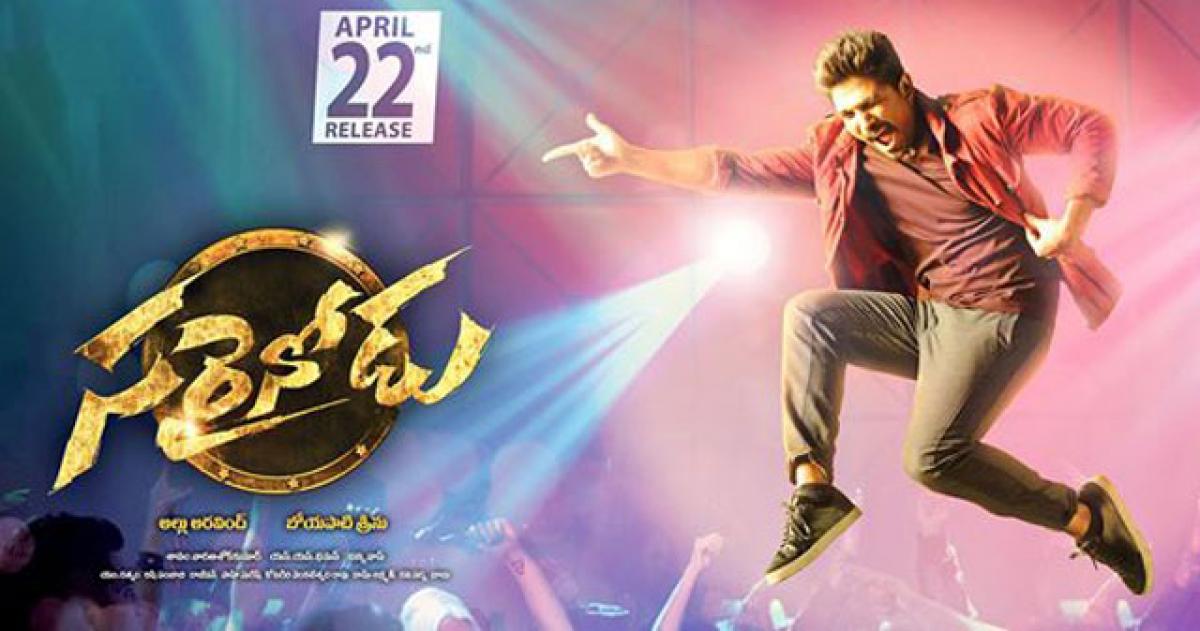 The fans of stylish star Allu Arjun who are preparing to watch Sarrainodu a day before its release received a shock. The makers of Sarrainodu had planned to cash in on the benefit shows in Hyderabad.

Several popular theaters had even arranged for benefit shows at midnight but they are said to have received orders from the Hyderabad police that benefit shows have to be cancelled. It is learnt that Cyberabad commissioner CV Anand denied permission for the midnight shows. If reports are to be believed, there will be no benefit shows for any star hero hereafter.

The film is all set to release in nearly 1600 theaters across the world. Let's wait and see if Sarrainodu beat the first day record of Mahesh Babu's Srimanthudu and Rajamouli's Baahubali like Pawan Kalyan's Sardaar Gabbar Singh.