Sam to overshadow Nithiin in A...Aa? 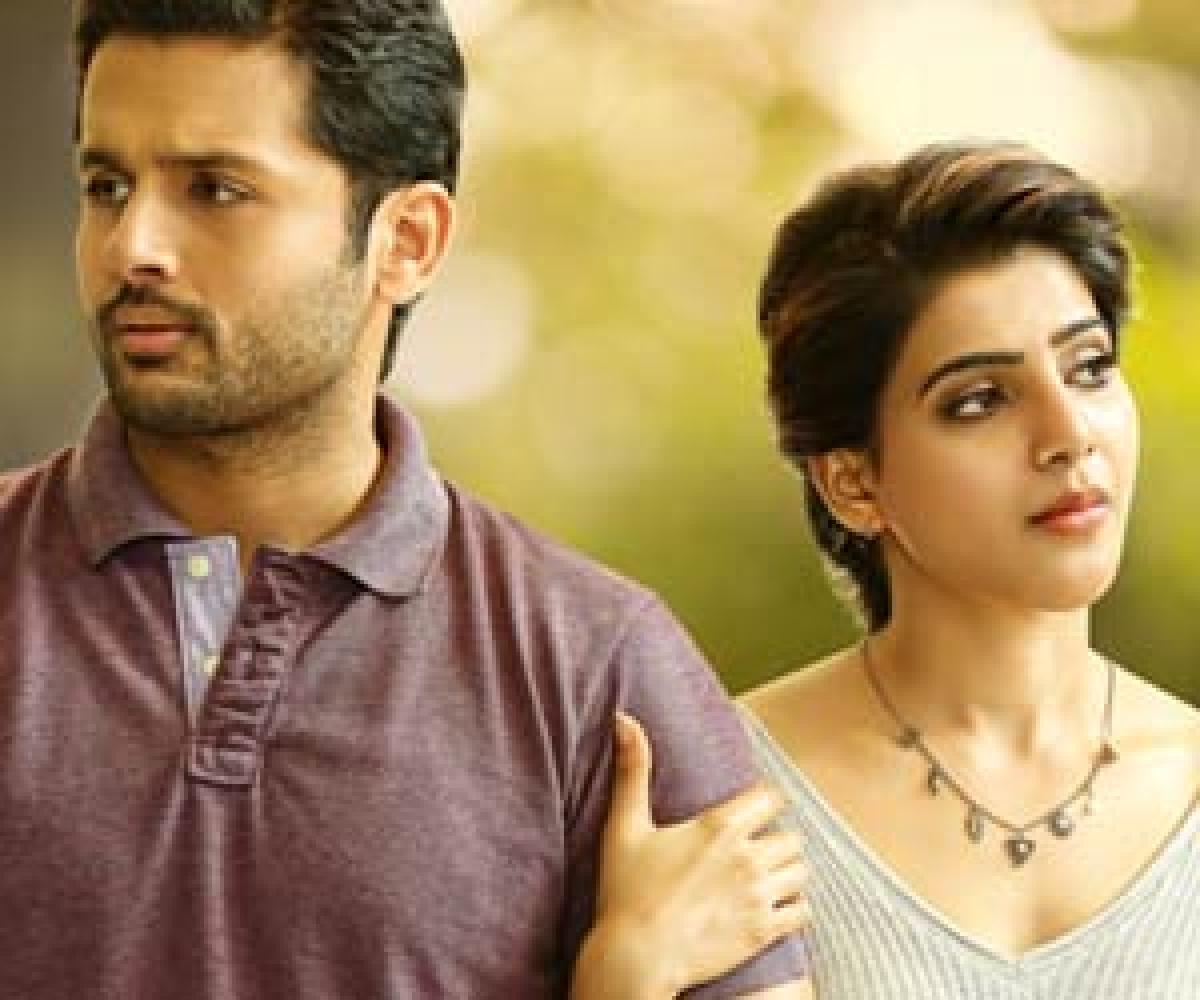 While Trivikram Srinivas’ earlier family dramas ‘Attarintiki Daaredi’ and ‘S/o Satyamurthy’ might have had its protagonist walking away with top...

While Trivikram Srinivas’ earlier family dramas ‘Attarintiki Daaredi’ and ‘S/o Satyamurthy’ might have had its protagonist walking away with top honours, this time it's a li'l different. The director’s forthcoming film, ‘A...Aa’, could well see its leading lady Samantha shouldering the family drama.

According to the buzz, the film has Samantha hogging all the limelight with more screen presence. And that’s not all! With Sam being the actress she is, the filmmaker also ensured to dish out a comic ride with his trademark tongue-in-cheek humour.

Apparently, ‘A...Aa’, is tipped to be a female-centric film with Sam playing an urban girl who has roots in village. The narrative gets a twist as her character begins to unfold. So there’s a lot riding on Sam this summer.