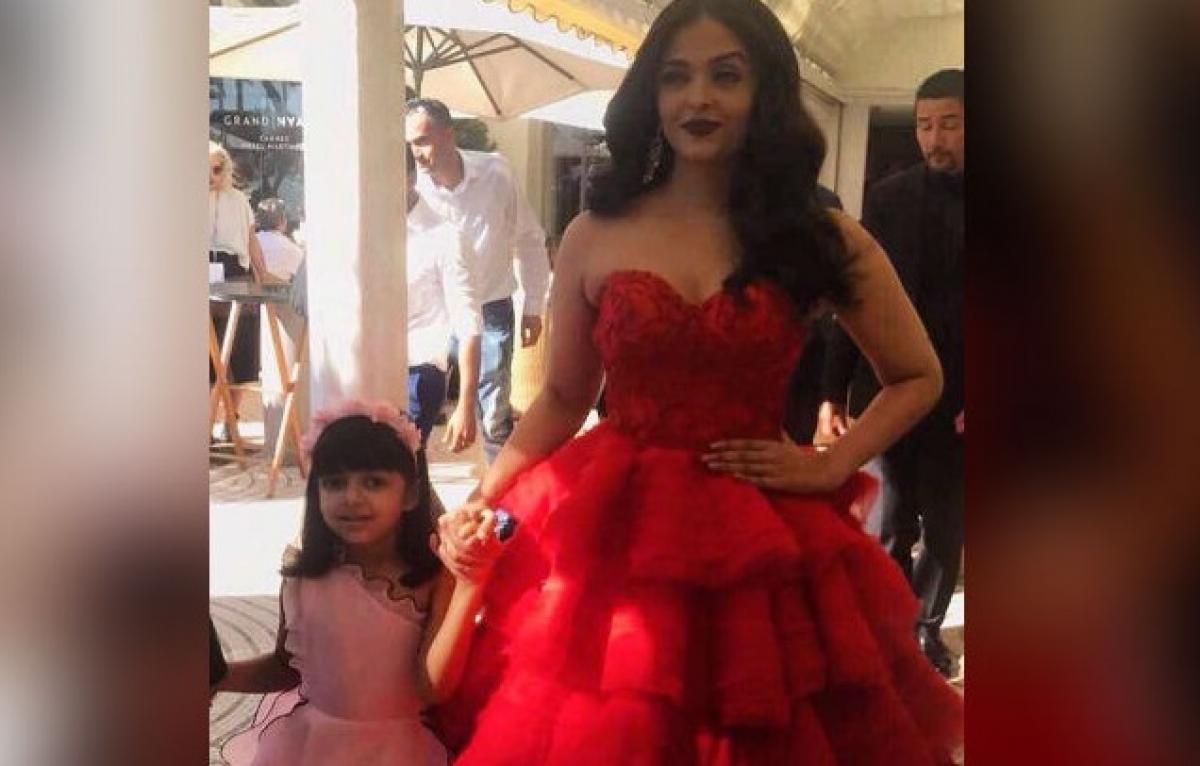 Actress Aishwarya Rai Bachchan says her daughter Aaradhya\'s upbringing is very normal and she would like it to remain that way.

Mumbai: Actress Aishwarya Rai Bachchan says her daughter Aaradhya's upbringing is very normal and she would like it to remain that way.

"She has had a very normal upbringing till now. It's not like we sit her down and show her our films. I can't say she is blissfully unaware, she is aware of what we do. She obviously sees our posters all over the city. She is aware of who we are," Aishwarya told reporters in a FaceTime interview from Cannes.

Aishwarya's five-year-old daughter accompanied her to the 70th Cannes Film Festival where the actress walked the red carpet as the brand ambassador for cosmetic brand L'Oreal Paris India.

"Because she is travelling with me, meeting new people, seeing our world, I don't have to sit her down and tell her what her mother does. She sees it, she is growing up with. She has now developed an ease (with media) which you all are seeing," she says.

Aishwarya says since Aaradhya is born into a family of movie stars, she is aware of little things in the business, such as getting clicked by photographers constantly.

"She sees photographers outside our home, airports, everywhere. People come for selfie requests so sometimes she photobombs them, sometimes she says 'mumma, not me na?' when someone is clicking pictures, she will back out."

Recently, when the duo arrived at Cannes, there were pictures of both Aishwarya and Aaradhya and the actress shares a funny story.

"There were some pictures where she is waving, I asked her what she was doing and she said I was telling them 'no, no photos, bas theek hai.' That was so cute. I realised she also posed for pictures when I was busy.

"This kind of spontaneous naturalness is lovely and we have encouraged her to be. I am very particular that Aaradhya evolves and develops into her own person and she finds her own calling in life..."

The 43-year-old actress looked like a modern-day Cinderella in a powder blue gown by Michael Cinco as she walked the red carpet at the French Riveria.

When asked if her daughter gives her any inputs on what to wear, Aishwarya says not so much.

"She has never put nail polish till date. She is a normal girl who is aware of all her Disney princesses. I joked with her teachers that I am going for the weekend to play fancy dress for Aaradhya so she kind of gets to see me in princess gowns," says Aishwarya.