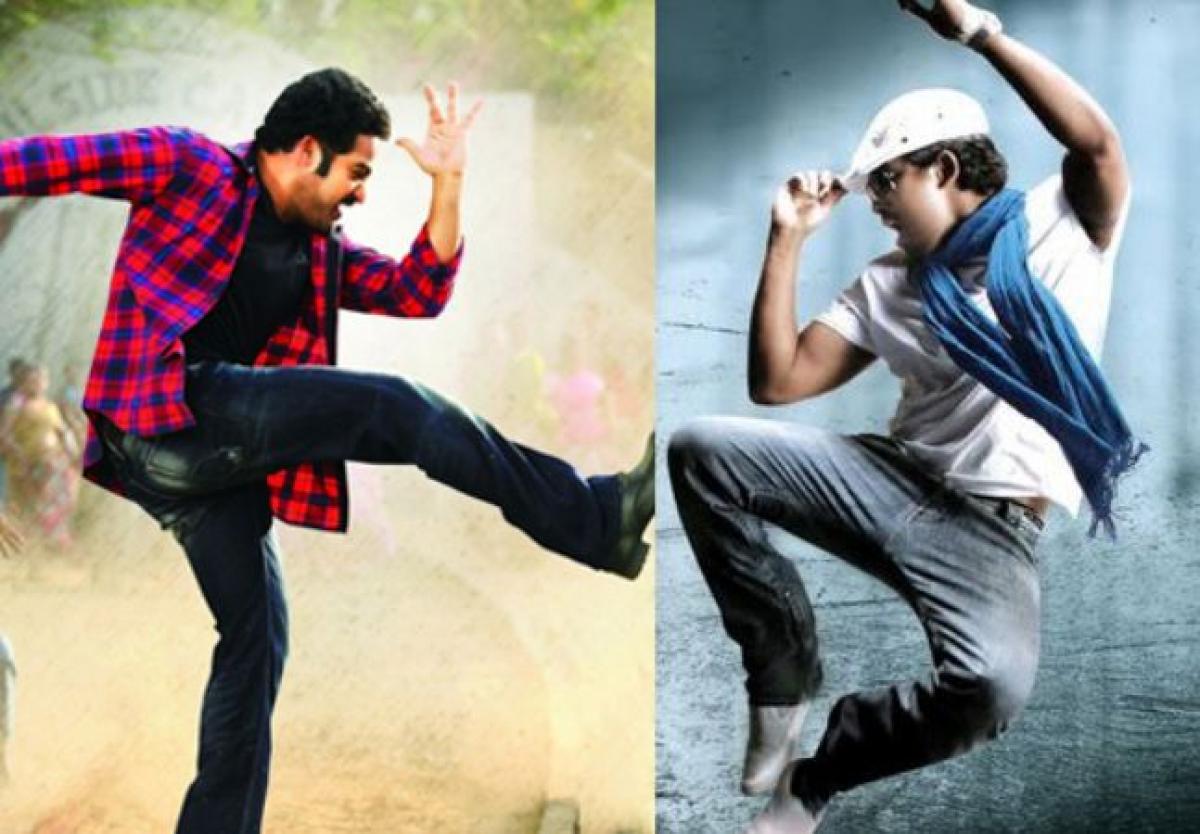 Jr.NTR\'s Adhurs movie was all time super hit in Tollywood where for the first time the actor was seen in dual roles that too he portrayed a Brahmin role.

Jr.NTR's Adhurs movie was an all time super hit in Tollywood where for the first time the actor was seen in dual roles where he portrayed a Brahmin role.

Everything has changed in Adhurs movie the Slang of Jr.NTR, walking, actions and Punch dialogues - overall it was an awesome movie. If we recall his action in the movie it will lighten up our thoughts.

Now, the same role is going to be played by Allu Arjun in his forthcoming flick Duvvada Jagannadham. Of course, He is a good actor and he nails everytime with dancing talent. He may shoulder the film but the movie completely depends upon plot, twists and climax points and the audience choice.

Now it is time to see whether Allu Arjun beat Jr.NTR in the Brahmin avatar. The answer is going to come on 23rd June and Allu Arjun's Duvvada Jagannadham is slated for release on that day. If you are trying to guess which hero would best in a Brahmin role. You can vote for us.