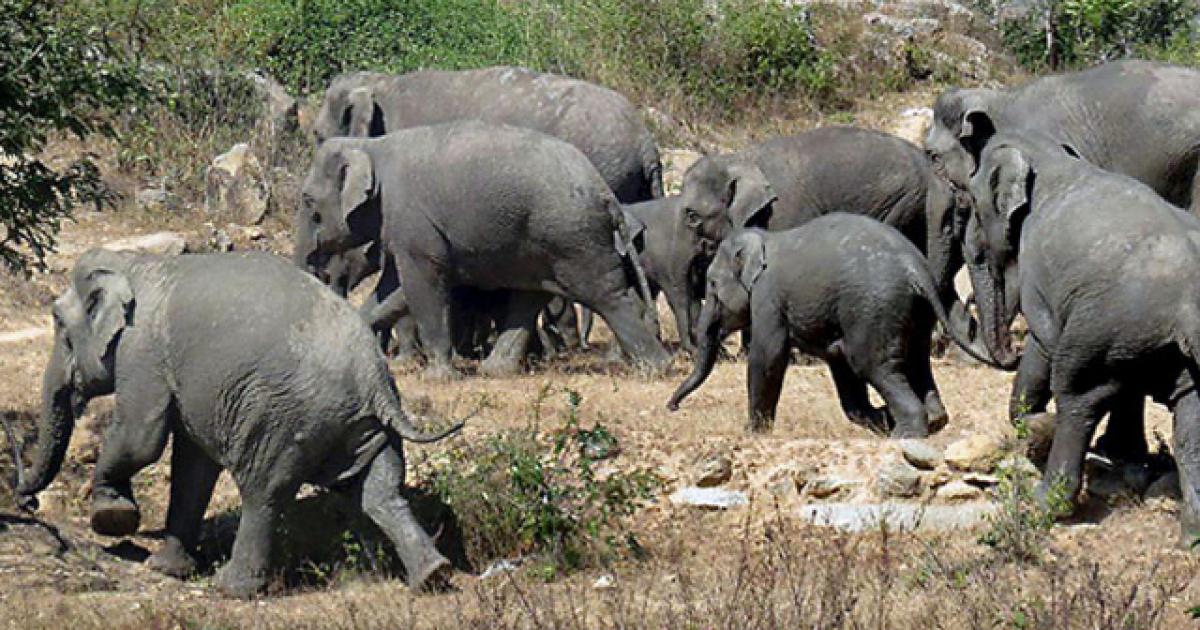 Last week a herd of wild elephants creating panic among villages on the fringes of Chamala forest. Besides Kuppam and Talakona forests, pachyderms are coming from as far as Sathyamangalam forests in Tamil Nadu.

Tirupati: Greed of man is pushing animals to the brink. Man is paying for this greed by forcing the animals to stray into human habitation. Animals, which need expanse of green pastures to roam, graze and hunt, is shrinking.

Instincts makes the animals to move around the space which it used to be theirs, leading into animals straying into villages. This is a regular feature in Chittoor district, the home turf of Chief Minister Chandrababu Naidu.

Last week a herd of wild elephants creating panic among villages on the fringes of Chamala forest. Besides Kuppam and Talakona forests, pachyderms are coming from as far as Sathyamangalam forests in Tamil Nadu.

Elephant raids have been recorded this summer in as many as 50 villages of Yerravaripalam, Chinngottigallu and Chandragiri mandals in Chief Minister’s native district. For last one week, villagers are living in panic in Chamalarange(Talakona) border of Kadapa district. Farmers lost their crops and borewell motors, drip pipelines worth more than Rs 2 crores in these mandals.

It has been sighted that a heard of 28 wild elephants are actively moving towards villages on forests border in Tummachenu, Devarakonda, Chittecharla, Devarakonda andVaddipalli. In these villages, elephants damaged mango, coconut, paddy, tomato, sugarcane and other vegetable crops.

Elephants, which have strong olfactory sense, cansmell mango and other fruit crops from 3km away. For last one week elephant attacks are picking up any of these villages where the crop is ready. Farmers are finding it helpless in protecting their crop.

Forest rangers are afraid of driving away elephants into forests for the animals will be in belligerent mood during the raids.They just burst crackers to scare them away, but most of the times it does not work.

In recent attacks on crops, farmers lost the crop worth lakhs of rupees. Estimating the loss of crop is a bone of contention, hence farmers do not get enough compensation. It is always the farmer on the losing end.

A farmer S Chandrashekar Reddy of Devarakonda village of Chinnagottigallu speaking to The Hans India said, we are spending sleepless nights due to wild elephantassaults. There is panic all over for we don’t know from which direction the animals attack.”

Chamala Forest Range officer Raghunath said that due to deforestation, laying of roads, increasing of construction activity on fringes of forests, elephants are straying into forests. At the same time lack of feed and water in forestsis another cause for the elephants raiding agricultural crops. “Presently, we have driven elephants deep into forests,” he said.

An environmental scholar K Vandeep of Sri Venkateswara University expressed that natural habitation of the elephants which have located in Kuppam and Talakona forest area are being disturbed by the man-made mistakes for long time. Increasing of red sanders smuggling activity also disturbed natural movement of elephants.