How Telugu stood its ground against odds 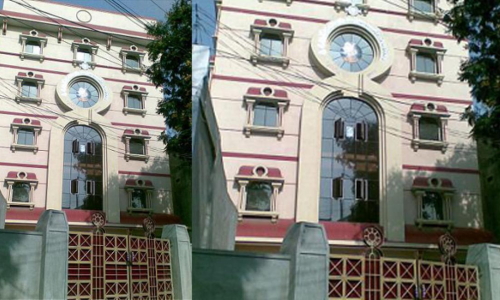 It is one-of-its-kind story that depicts how a historical book ignited passion among people in Telangana and brought about a revolution to reclaim their mother tongue against all odds.

Hyderabad: It is one-of-its-kind story that depicts how a historical book ignited passion among people in Telangana and brought about a revolution to reclaim their mother tongue against all odds.

A Forgotten Empire: Vijayanagar – a contribution to the History of India were written by Robert Sewell, a retired civil servant of the erstwhile Madras Presidency. It was published from London in 1990.

The retired civil servant had worked as a keeper at the Madras Records Office in British India. But, little would Sewell have imagined that his book would herald new beginnings in the young minds of the day in Telangana.

Speaking to The Hans India, the honorary secretary of the Bhasha Nilayam, T Udayawarlu, said that people were not only deprived of the opportunity of studying in their own mother tongue, but also subjected to all possible kinds of restrictions on self-expression in their language.

Speaking Telugu meant inviting humiliation and it was so in their own land and worse than even other regional language-speaking people like Kannada, Marathi, and others in the then Nizam state.

It was against this background that the young minds of the day were elated to read an emperor called Sri Krishna Deva Raya having his roots in Kannada region claiming himself as “Telugu Vallabhunda” (King of Telugu people) and “Desa bhasha landu Telugu lessa” (Telugu is the best among all the national languages).

And, since then it has become a hub for all literary figures to visit the new place and kept the flag of Telugu flying high by their inspiring speeches and recitation of poetry. The institution had been located amidst residential localities under the control of the British Governor in Koti. “Without the permission of the British police, the Nizam government could not enter the area. This saved the institution from the onslaught of the Nizam government,” he said.

Another testing time for the institution was prior to the Police Action when the British were leaving and the Nizam did not want to join the Indian Union. At this time, the chairman of the institution was Kotwal Raja Bahadur Venkatram Reddy. Since he was the Police Commissioner of the day, the police had looked the other way and never interfered with the affairs of it.

That’s how the 117 years of institution was inspired by a book about the forgotten empire and its hero Krishna Deva Raya who inspired people to fight for reclaiming their mother tongue, Udayawarlu said.