World Telugu Conference will give Telugu its due 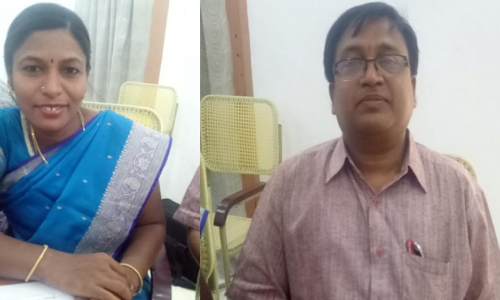 Eminent persons have hailed the Telangana State government for conducting the World Telugu Conference on such a large scale, suggesting it would go a long way in giving the rich Telugu language its due.

Nizamabad: Eminent persons have hailed the Telangana State government for conducting the World Telugu Conference on such a large scale, suggesting it would go a long way in giving the rich Telugu language its due.

Telugu language clearly belongs to Telangana only, she asserted and expressed her gratitude over the constitution of the women literary committee. The committee would organise debates and discussions.

Literature pertaining to women contains beauty, melody and love which cannot be expressed only through words, Dr Triveni explained. “It’s a blend of human values and contemporary issues,” she remarked. She said that the present conference would declare that the place of origin of Telugu is Telangana.

Speaking to The Hans India in the same vein, Kasrala Naresh Rao, poet and writer, said WTC is the right venue to announce the greatness of Telangana language to the world. He said that education and expression in Telugu must be excelled. Telugu language would survive only if it is made compulsory in all schools.

Kasarla Naresh said the role of Telangana is crucial in the evolution of the Telugu language. Telugu could attain classical language status mainly due to Telangana. “The conference provides a wonderful opportunity to respect our mother tongue.”