Learning from the society around us 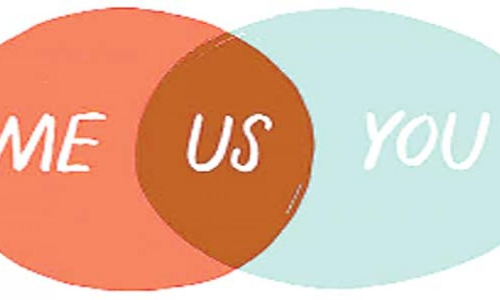 By all accounts, 1988 was to be a turning point in my career as I had just landed up with a job in Osmania University.

By all accounts, 1988 was to be a turning point in my career as I had just landed up with a job in Osmania University.

Normally, I do not eat outside nor did I know cooking. One day, I was standing beside my mother in the kitchen when she was cooking.

As I was intending to learn the art of cooking, my mother advised me to add salt to the curry at the last stage of cooking.

As a doubting and forgetful Tom, I wondered why at the end and not at any other stage to which my mother retorted ‘my grandmother did so. My mother followed it and I am doing likewise’.

As a curious student of science, I reflected on my reading of chemistry. The salinity of water increases its boiling point.

My mother does not know the ABC of chemistry, but implements it. It dawned on me that knowledge need not necessarily flow from libraries and laboratories.

It may sound unbelievable but the greatest scientist of the 20th century, Albert Einstein, observed, "The only source of knowledge is experience".

Your reasoning flows from your logical mind. But, experience makes you to imagine. As the legendary physicist observed, "Logic will get you from A to B. Imagination will take you everywhere."

A village woman bringing water from inside a tank will never lift it on her shoulders. Rather, she drags it on the surface of the water.

She does not know the principle of science behind it. But, through imagination and experience, she could master that wisdom.

Guess what, neither she nor her peers may have known Archimedes principles! Moving around and meeting people can be the greatest source of knowledge.

Scholarship is not attained only through reading books, though they are repositories of knowledge and erudition.

One day, I was travelling from Guntur to Bapatla on a fine sunny Sunday morning. Across the road, I saw banners displaying names of various caste organisations about congregation of the same caste people.

Thus, picnics that act as a means of socialising have now transformed into platforms to assert caste-identity.

This simple and quite casual observation made me to think deep into the social phenomena surrounding us and how this identity consciousness is increasing in the Indian mindset that revolves around upward mobility, matrimonial relations and competitive one-upmanship.

If I had not observed and thought beyond what is seen apparently, I would not have explored on the emerging social phenomenon.

Again to quote Albert Einstein, "Life is like riding a bicycle; to keep your balance, you must keep moving".

The hierarchical value system blinds you to wonderful sources of knowledge and information. We tend to stifle our thinking because we bear attitudinal problems.

It's the attitude that shapes your character. Weakness of attitude becomes weakness of character. If you are open to learn from anyone and anywhere, there is a whole world to gain.

Once when guiding a new television channel, I had a compelling urge to do something different to what is being dished out on news television in the name of news, whereby politics takes a lion’s share of coverage.

I was desperately trying for new and rather fresh ideas. I was quite confused. Then I learnt that minds of grown-ups are generally stale and outdated.

We are governed by attitudes, prejudices and multiple forms of superiority complex. The road to wisdom is to walk down the lane to see the ground underneath.

When I saw my school-going son playing with his friends, I casually asked him about what type of show attracts his attention. Without batting an eyelid, he said, "Dad, why don't you cash in on the Pokemon mania’?

Frankly speaking, this was much before the latest ‘Pokemon Go’ epidemic hit the American Coast. I was not even aware of it at that point in time.

At least, my nine-year-old son was more informed than me on this aspect. On digging deep, I came across about how children resorted to extremes to collect ‘Pokemon’ game cards. It was a very interesting television feature.

Once I visited the interior tribal hamlets in Medak district. It was hot summer. Water scarcity was terribly acute. I saw girls bunking classes to collect a couple of buckets of water.

Normally, we feel sad and leave. But, I was again curious to know how they survived with such a meagre access to the elixir of life.

I found that children were asked to take a bath sitting on a cot. A bucket was kept under it to collect bathing water that was flowing down. It was then used for washing clothes.

That was movingly extraordinary. I was inspired by the survival instincts of the tribals. The same day I read in the newspapers about an IIT student committing suicide for having failed to score in an examination that would not even harm him.

The resolve of the tribal women to fight all adversities in life are profoundly superior to the brilliant student, who had excelled in one of India's highly competitive tests.

There is a lesson in these two instances to each of us. An illiterate and an impoverished person in the hinterland can, perhaps, be the most illustrious professor.

The literary legend Mahasweta Devi writing about her sources of inspiration said, "I have always believed that real history is made by ordinary people.

The reason and inspiration for my writings are those people, who are exploited and used, and yet do not accept defeat.

For me, the endless source of ingredients for writing is in these amazingly noble, suffering human beings.

Why should I look for my raw material elsewhere, once I have started knowing them? Sometimes it seems to me that my writing is really their doing.”

When the society around can be a source of learning and inspiration for such an unparallel creative genius, why can't it be so for ordinary people like us.