Being socially active and academically upright 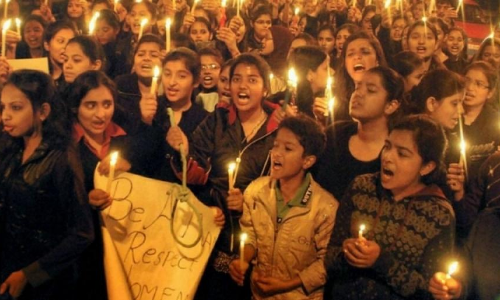 It is a dilemma that every growing up child has faced- whether to be confined to academic progress or broaden the horizon and be socially responsive.

It is a dilemma that every growing up child has faced- whether to be confined to academic progress or broaden the horizon and be socially responsive.

Parents caution their children not to be involved in activism as they fear it would cost them their academics. It may be true in many cases. However, that is not a substantiated principle.

One can name several intellectuals, who thought it was their societal responsibility to react and respond to what happens around them. This did not in any way diminish their academic output.

Such a dilemma haunted me too as a young man. As a serious student, who never compromised on academic work, I wondered if I should be involved in social activism.

Eventually, I believed that what we study should be relevant to the needs of the society. Articulating the concerns of the society around you cannot be delinked from arduous academic work.

I was a student activist, who spent quite a lot of time representing the problems of my fellow students. After dabbling in students unions, I was also the president of Osmania Journalism Association.

But, this did not affect my academic pursuits, although it did impact my academic scores. Yet, I could win the Junior Research Fellowship in Journalism of University Grants Commission (UGC) to pursue my research.

I was the topper in the national list. In fact, the dynamism this social connect imbibed in me and the leadership skills I learnt helped me in the progress of both my teaching and professional careers.

My advice to children is not to compromise studies at any cost. If you are not academically good, your word does not carry any weight in society. The cause, which you stand for loses its credibility. Yet, you cannot be and should not be someone, who is delinked from the community around you.

Being socially responsive does not necessarily mean jumping on to the political mainstream. You can also be intellectually alive to the concerns of society. Let the challenges of society inspire your work.

This is what I had exhorted during my G D Birla memorial lecture at Birla Institute of Technology and Sciences (BITS) once:

“Budding engineers have an option. This is the age of frugal engineering, which refers to the process of reducing the complexity and cost of a product and its production. Technology is the same, though the purpose can vary.

Let us compare an innovation that creates a low-cost car or a cost-effective personal computer. Both are frugal innovations. The automobile can satisfy the middle-class craze for luxury but it will create pollution and road congestion while the latter can revolutionise the knowledge system with millions of deprived yet, brilliant minds, to create a new knowledge-based world order.

Similarly effectively selling liquor and selling low-cost water treatment technology or a low-cost solar panel are both entrepreneurship. But, the social entrepreneurship apart from bringing incomes to the business, spells happiness for the people. Transform yourself into socially useful engineers.”

On October, 6, 1988, I joined as an assistant professor in Osmania University. Barely three days later, there was teachers' protest in front of the State Secretariat. The grievances were absolutely genuine. But, the government was not just adamant but even repressive.

Although, some senior professors retreated, I, as a young teacher, volunteered to participate in the hunger-strike. Many of my senor colleagues warned me as it would entail disciplinary action. Nothing deterred me in standing for something that was due for the teachers. Despite being on hunger strike, I used to take a class in the morning.

I encountered a similar dilemma few years later. I wrote a story in elite English daily, The Independent on the controversial policy of the then government to permit private colleges in engineering, which sparked of a massive agitation which ultimately cost the Chief Minister his job. The headline for my story conspicuously read, ‘Glad to See him Go’.

The Chief Minister was still in office. Obviously such a story infuriated the Chief Minister. The CMs Office was more loyal than the master. My Vice- Chancellor received ‘instructions’. Aware of my academic contribution, he tried to convince me against continuing such writing.

But, my reply was straight-forward and precise- Let the CM take action against me, I shall continue to repeat the same as I firmly believe university stands for celebration of autonomous minds. Though, newly married, I felt I should stand for what I believed. Fortunately, nothing happened.

That was not because of any magnanimity of the authorities but more because, my academic credentials were without any blemish. Even when engaged in such an activism, I was writing for leading dailies and even publishing in national and international journals. Academics and activism should be dovetailed.

Of course, such a course is not without its liabilities too. In my interview for selection of professor at University of Hyderabad, the question which spoiled my chances was, should an academician be an activist? My emphatic positive reply made the university authorities nervous and that cost me the job-merit and academic credentials were simply tossed out.

The Vice-Chancellor particularly referred to the fact that I won the UGC career award in journalism, which in social sciences is akin to a young scientist. But, I later learnt that the VC observed that they already had enough activists to deal with.

Even during my tenure as Member of Legislative Council (MLC), I was teaching at BITS, Hyderabad every alternate day as a visiting professor. This I continued for over four years. I have even published in journals like Economic and Political Weekly, something that is cherished in academics.

Academics and activism are not mutually exclusive. One emerges out of the other and enriches it to inspirational levels.