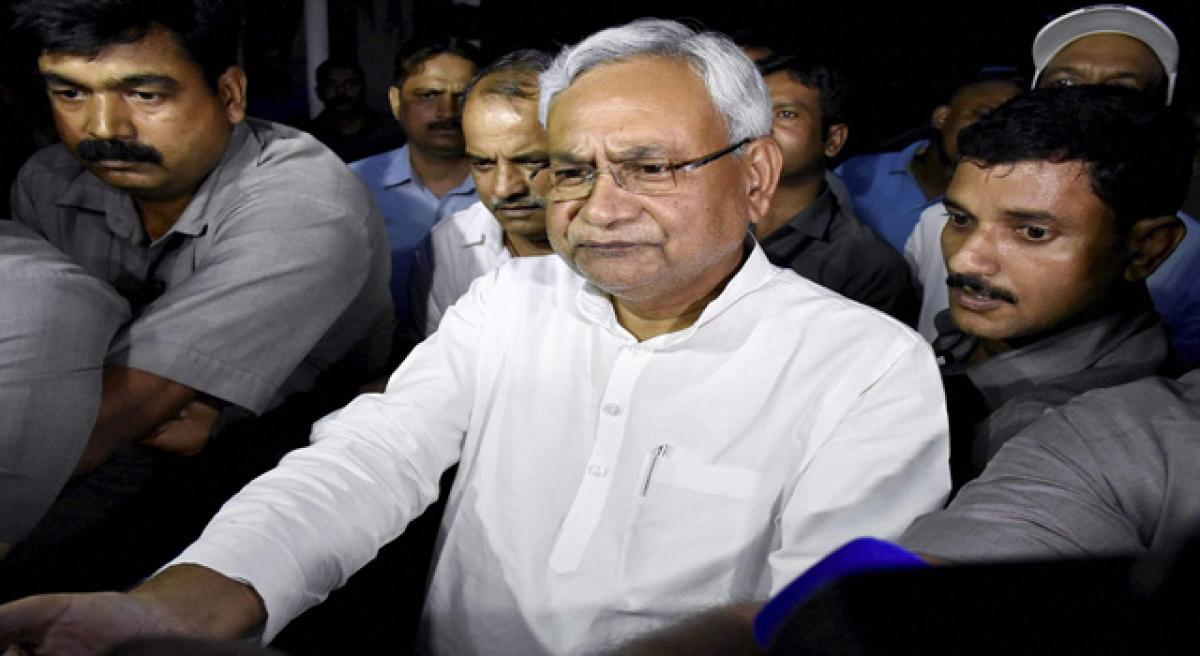 The BJP has systematically engineered the split in Mahagathbandhan on an issue that anyone can hardly question. It’s a fact that the Lalu family is neck deep in corruption. It is also equally true that central investigating agencies went after Tejashwi Yadav. It is difficult to believe that such a thing could have happened without instructions from political bosses, given the history of investigations into cases of political corruption in India.

The BJP was quick to shower praises on Nitish Kumar, describing him as someone who stood for good governance. “Nitish left NDA, we did not leave him,” remarks BJP, indicating a clear sign of reconfiguration of politics in the state that will surely have its implications for national polity.
Nitish Kumar was in the NDA fold for 17 years and only in the last two years, he chose to be in the company of non-BJP parties.

Nitish Kumar has 71 members and with BJP’s 53 in the 243-member Assembly, he can easily form a stable government. Speaking soon after his resignation, Nitish Kumar did not rule out alternative political rearrangement, clearly indicating his possible return to the NDA fold. But, like in cricket, nothing can be said in politics too till the last ball is bowled.

The critics of Nitish Kumar can refer to his pathological aversion towards Modi that made him disassociate from the NDA. But, politics is more of a marriage of convenience than upholding values and principles. One cannot forget the fact of history that Chandrababu Naidu who once nursed the idea of pulling out of Vajpayee government over the Modi episode in Gujarat is now the frontline ally of BJP leadership.

The BJP could successfully use the presidential election to make a dent into the opposition camp. The party by procuring the support of YSR Congress kept its options open in Andhra Pradesh. The TRS is an ally in waiting in Telangana. Despite occasional outbursts, the Shiv Sena has been largely brought under control. BJP could also break the ranks of Samajwadi Party in Uttar Pradesh. The NCP is vulnerable to poaching. Many regional parties are always ambivalent.

Indian politics seems to have moved from blind anti-Congressism to eyeless opposition to BJP. The opposition cannot keep its ranks united without a coherent political and ideological programme to counter the Sangh Pariwar narrative. The opposition is also found seriously lacking in matching the dexterous political management of Modi-Shah duo. Sooner the opposition realises its deficiencies, the better for the opposition.