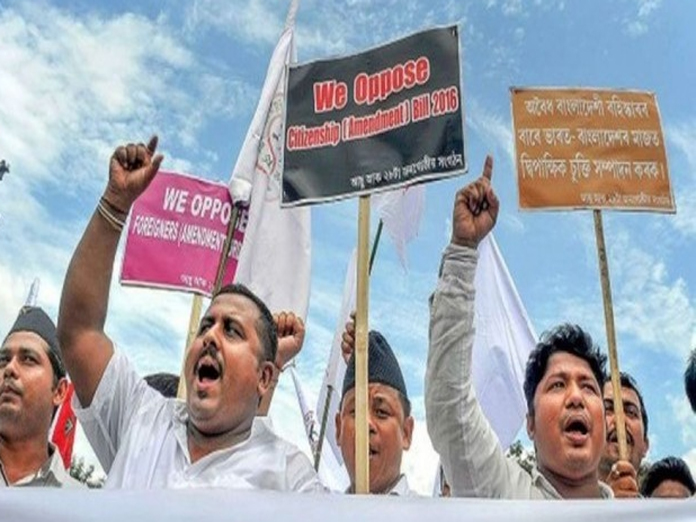 Rahul Gandhi might be a Pappu, but even he would not have had the gumption to make such a move The Bill is unlikely to pass the Rajya Sabha test in the first place

Not all Christians can become the US citizens. Not all Muslims could become Saudi nationals. Just as not all Jews are Israelis. So, why this foolhardiness on part of the BJP leadership which pronounced a new law to sanction citizenship by religion? This is bound to set the North East in flames. Narendra Modi-Amit Shah duo does not know the North East and should never have conceived this new strategy.

Rahul Gandhi might be a Pappu, but even he would not have had the gumption to make such a move. The Bill is unlikely to pass the Rajya Sabha test in the first place. Why this move then? North East is reeling under heavy influx of Bangladeshi Muslims. These illegal immigrants have been encouraged to flow into India since the Congress ruled days.

Even in West Bengal, they were allowed to stay back and provided with services like ration card, voter IDs etc and even allowed to buy and till the lands. They have merged silently with the society in every aspect and even married the locals. The natives of the States in North East have always resented their presence and several local movements took to guns not only to aim against the illegal immigrants but also against the Indian government and its security forces.

The National Census Registry was okay with the ordinary citizens of Assam, but this particular move to amend the citizenship itself will not be tolerated. The BJP has already seen the withdrawal of support by the AGP and agitations on the streets of Assam. Things would get worse soon and there is a possibility of the State getting entangled in a serious AASU type agitation with the support of the ordinary citizens.

Has the power quickly gone into the head? Does the BJP think that the Congress-Mukt North East is also 'Mukt' of the natives of the land? Who gave it the license to meddle with the society in such a fashion? Be it the Hindus or Muslims, they are essentially Bangladeshis.

So why give them citizenship on the grounds of discrimination in their country for being religious minorities? Did we do the same with the Rohingya Muslims? Despite international please and pressures and domestic opposition did we not make a move to expel them? How different are the Rohingyas fleeing Myanmar from the Hindus moving out of Bangladesh or Pakistan? How many Hindus want to move out of Pakistan? And where do you settle them? Just dump them in Jammu and North East? Are they not going to be a burden on the societies already strained under lack of resources? Politically speaking, the BJP might be planning to off-set the Muslim numbers in the North East by allowing an influx of Hindus into the areas.

But the locals are not going to be that kind and considerate. Be it Hindus or Muslims, their livelihoods would be affected. The BJP is wrong in making the move and will reap the consequences. It is committing the same mistake as the Congress in the past.