Understanding the NPA’s and their impact 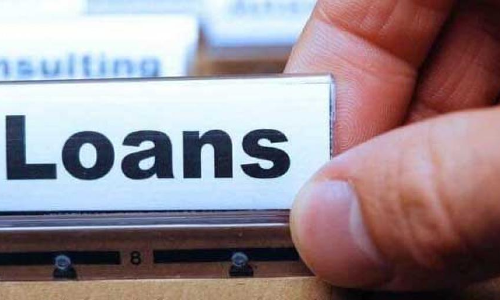 A Non-Performing Asset refers to a classification for loans on the books of financial institutions that are in default or are in arrears on scheduled payments of principal or interest. In most cases, debt is classified as nonperforming when loan payments have not been made for a period of 90 days.

What is an NPA?

A Non-Performing Asset refers to a classification for loans on the books of financial institutions that are in default or are in arrears on scheduled payments of principal or interest. In most cases, debt is classified as nonperforming when loan payments have not been made for a period of 90 days.

According to RBI, terms loans on which interest or instalment of principal remain overdue for a period of more than 90 days from the end of a particular quarter is called a Non-performing Asset. However, in terms of Agriculture / Farm Loans; the NPA is defined as under-For short duration crop agriculture loans such as paddy, Jowar, Bajra etc. if the loan (instalment / interest) is not paid for 2 crop seasons, it would be termed as a NPA. For Long Duration Crops, the above would be 1 Crop season from the due date.

Non-Performing Assets which are notoriously called as NPA’s by the banking sector have become a pain for both public and private sector banks in India.

From a peak of 9.2 per cent in January-March 2016, GDP growth has fallen every successive quarter: First to 7.9 per cent, then 7.5 per cent, followed by demonetisation which reduced it further to 7 per cent in October-December 2016, then 6.1 per cent and finally 5.7 per cent in April-June 2017.

One major challenge is the rising Non-Performing Assests (NPAs) of the public-sector banks (PSBs).

How grim is the situation?

What led to this situation?

How are businesses getting affected?

How have the PSBs behaved in such circumstances?
With large losses on account of heavy provisioning and bad loans eroding their balance sheets, the PSBs have curtailed loans and advances.

NPAs definition by Reserve Bank of India (RBI)
An asset, including a leased asset, becomes non-performing when it ceases to generate income for the bank.

Categories of Non-Performing Assets (NPAs)
Based upon the period to which a loan has remained as NPA, it is classified into 3 types:

How serious is India’s NPA issue?

Reasons for the rise in NPA in recent years

What is the impact of NPAs?

The Debt Recovery Tribunals (DRTs)–1993
To decrease the time required for settling cases. They are governed by the provisions of the Recovery of Debt Due to Banks and Financial Institutions Act, 1993.However, their number is not sufficient therefore they also suffer from time lag and cases are pending for more than 2-3 years in many areas.

Credit Information Bureau – 2000
A good information system is required to prevent loan falling into bad hands and therefore prevention of NPAs. It helps banks by maintaining and sharing data of individual defaulters and willful defaulters.

Lok Adalats – 2001
They are helpful in tackling and recovery of small loans however they are limited up to 5 lakh rupees loans only by the RBI guidelines issued in 2001. They are positive in the sense that they avoid more cases into the legal system.

Corporate debt restructuring – 2005
It is for reducing the burden of the debts on the company by decreasing the rates paid and increasing the time the company has to pay the obligation back.

Joint Lenders Forum – 2014
It was created by the inclusion of all PSBs whose loans have become stressed. It is present so as to avoid loan to same individual or company from different banks. It is formulated to prevent the instances where one person takes a loan from one bank to give a loan of the other bank.

Bad Banks – 2017
Economic survey 16-17, also talks about the formation of a bad bank which will take all the stressed loans and it will tackle it according to flexible rules and mechanism. It will ease the balance sheet of PSBs giving them the space to fund new projects and continue the funding of development projects.

How to curb the menace of PSB’s Short Term measures

Expected Questions
Indian economy is facing slowdown. In such a scenario to keep the economy going it’s necessary that the private sector has enough funds to invest in the economy. In this light reviving public-sector banks has become a necessity. Discuss what should be done to revive the PSBs.