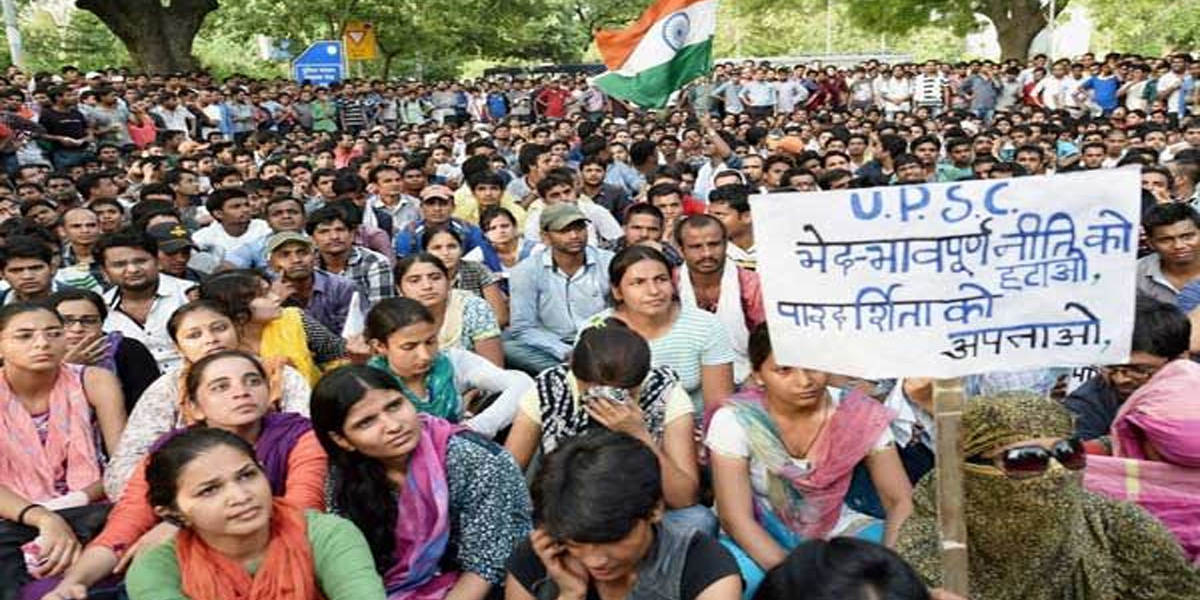 ​New Delhi: NCP Member in Rajya Sabha Vandana Chavan on Thursday urged the government to provide additional attempts and age relaxation to civil services aspirants who could not make it because of CSAT in the UPSC exams between 2011-14.

Raising the issue during Zero Hour in the Upper House, she said that in 2011, the Union Public Service Commission (UPSC) introduced Civil Services Aptitude Test (CSAT). "Unfortunately...the CSAT turned out to be advantageous to students only from the English medium over the students from the regional language background," she said. The Member said in 2015, realising that the aspirants from rural area and non-technical background were being hit very badly, the UPSC did take up corrective steps. The young aspirants affected from 2011 to 2014, however, have lost four valuable attempts amongst the six that they are entitled to," Chavan said.

"I urge the Government to consider this issue very, very seriously. It is not their fault. "If at all, it is the CSAT format which gave them a real bad hit. Hence, I urge the Government to give them age relaxation and a few additional attempts to make sure that the aspirants achieve their dreams," Chavan said. She said there has been a precedent in 1979 and again in 1992, when the UPSC compensated all candidates with additional attempts and age relaxation. Sanjay Sinh (Congress) made a demand for scrapping the new pension scheme and reinstating statutory pension.

Nominated member K T S Tulsi highlighted the "distressful" situation faced by medical M.Sc teachers and biomedical students. He said thousands of persons holding the Masters of Science degree from the medical colleges which are recognised by the Medical Council of India are facing a situation of a threat to their jobs because the MCI is now proposing to scrap the three-year medical M.Sc. course.

As a result, there will be further shortage of teachers in the medical colleges and also shortage of non-clinical doctors, he said. Tulsi urged the government to reconsider the proposal of scrapping the three-year Masters course for non-clinical doctors from the universities or medical colleges which are recognised by the Medical Council of India.