Village of widows in Uttarakhand at standstill post floods 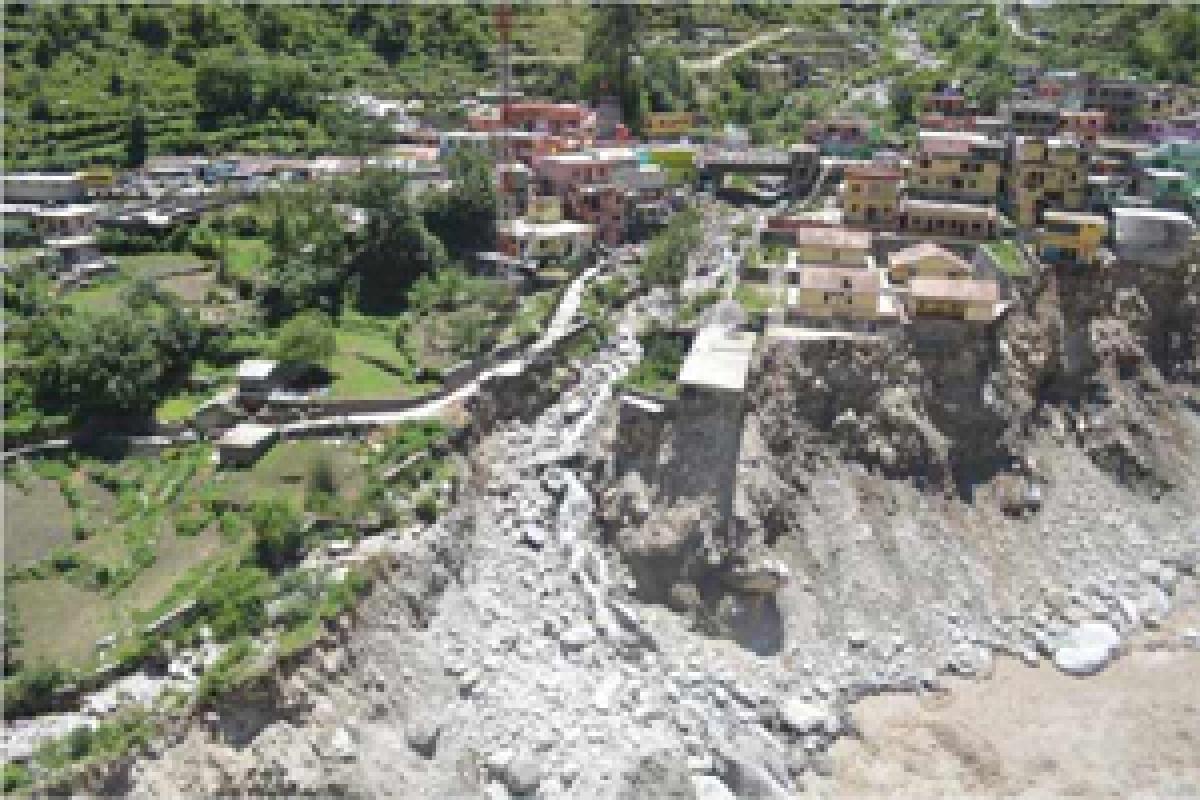 Village Of Widows In Uttarakhand At Standstill Post Floods. Rain symbolises doom for this tiny speck of Uttrakhand that saw nature\'s worst fury in the form of floods caused by a cloudburst two years ago, leaving thousands of people dead and causing widespread devastation. Kedarnath/Guptkashi: Rain symbolises doom for this tiny speck of Uttrakhand that saw nature's worst fury in the form of floods caused by a cloudburst two years ago, leaving thousands of people dead and causing widespread devastation. Despite efforts made by the government, NGOs and other social organisations to restore normalcy in the region, people continue to be in the grip of despair and helplessness even after two years.

Among many stories of grit and hopes in the valley is one such tale of Deoli Brahmgram -- a village nestled on the hills of Guptakashi with a population of 1,100. The village, that was completely dependent on the earnings from temples, where the residents worked as priesst, porters and guides for the pilgrims, witnessed 70 deaths - leaving behind over 60 widows and giving it the "Village of Widows" tag.

The trauma of the incident was so intense that even after two years, those who survived are terrified to go back to Kedarnath, 30 km away, and work. This has not only caused unemployment among the people but also compelled them to become daily wage earners.

Although in the first year, government showed interest in resolving the issue, but with time that too faded away. The lack of earning has even prevented widows from sending their children to school.

"I am not even able to fulfill the basic needs of my children since my husband died in the floods two years ago. At times, my kids starve which makes feel that I should also die to get rid of all these problems. We received about Rs.10,000 from the government in the name of compensation after which they never turned up," Dhanita Devi, a 30-year-old widow told IANS.

Dhanita was four months pregnant with her third child when the disastrous floods killed her 33-year-old husband who had a grocery shop in Kedarnath.

"My husband used to earn Rs.30,000 to Rs.40,000 every month, but since his death the situation is such that we even have to struggle to make Rs.4,000 to Rs.5,000 a month," she said, adding that she was ready to go to any part of the country to earn money without being worried of any odds.

Dhanita Devi is not alone. Lela Devi, Savita Mali, Savitri Rawat and 60 other widows are among those struggling hard to continue living.

Leela Soni, 45, who lost her son and daughter-in-law told IANS: "My elder son used to look after the entire family. Whatever he used to earn from the shop was sufficient for us. But in the last two years the situation has deteoriated so much that I am even thinking of telling my younger son to discontinue his studies in Dehradun and take up some minor job so that at least we can tackle the poverty."

"I didn't even get the dead body of my son and his wife. My son's absence has also made me worry about my daughter who needs to be married this year at any cost, but the problem is that I neither have the money nor any other resources," Soni said, as her eyes welled up remembering her sufferings in the past two years.

Currently, people have to travel at least 200 km to seek medical help as the medical centre at Kedarnath was washed away by the floods and the government never attempted to rebuild it.

"The disaster has caused my son mental trauma. He used to work in Badrinath as a porter. Witnessing deaths and his house being washed away in the flood waters not only has made him mentally sick, but has also scared him so much that he does not want to go out of the house," Ayodhya Prashad told IANS.

Although the government has repeatedly assured the people in the region of their best efforts to restore normalcy, Sulabh International --an NGO working for the social upliftment -- has adopted the village and is providing widows, elders and children Rs. 2,000 every month.

Along with this, every affected family in the nearby six villages is being given an allowance of Rs.1,000 a month. The organisation has also set up 12 computers and 25 sewing machines for the village people to gain some skills.

Speaking to IANS, Sulabh founder Bindeshwar Pathak said it Sulabh will make efforts to bring back the normality the villagers had in their lives two years ago. This will not only act as the basic economic support but also help them get training in some particular work in which they can gain expertise.

The money paid to the widows and the senior citizens is for five years and till then Sulabh wishes to help all the women gaining expertise in sewing, candle making and handling computer related work, which will further economically empower them.

"We learn sewing and the computer related work in batches. I won't say that our life has completely come back on the track, but Sulabh has at least given some economical stability," Vindoo Negi, a 23-year old widow, who attempted suicide twice to get rid of the sufferings caused by the nature's doom, told IANS.