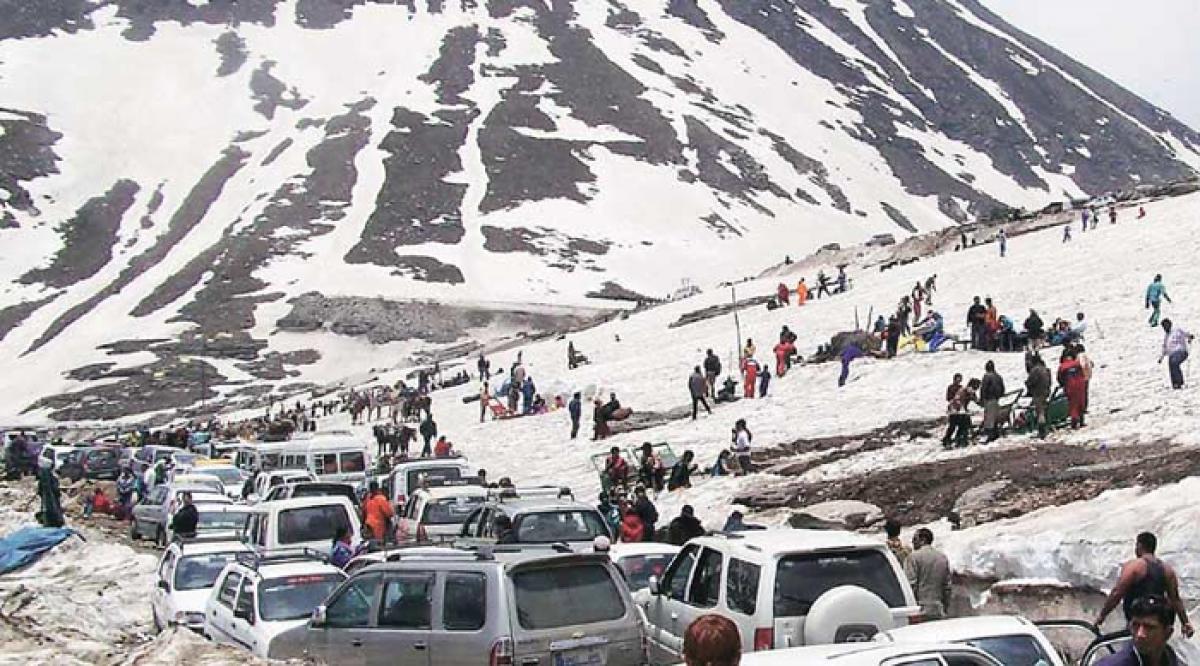 Himachal Bans Diesel, Petrol Vehicles For Rohtaang Pass Tourists. The Himachal Pradesh government has allowed only state-run buses to ply across the majestic Rohtang Pass as it imposed a complete ban on diesel and petrol vehicles for tourists to check environmental degradation.

Manali: The Himachal Pradesh government has allowed only state-run buses to ply across the majestic Rohtang Pass as it imposed a complete ban on diesel and petrol vehicles for tourists to check environmental degradation. The development came with the expiry of relaxation given by the National Green Tribunal (NGT).

On the tribunal's directive, only CNG and electrical vehicles would be allowed to travel towards the pass, overlooking the picturesque tourist resort of Manali. This step, it said, will help in checking environmental degradation.

Kullu Deputy Commissioner Rakesh Kanwar told IANS that the ban would not be applicable on the vehicles bound for Lahaul-Spiti district and Ladakh in Jammu and Kashmir via Rohtang Pass.

The state-run buses were allowed to ply across the Rohtang Pass, a major attraction for both domestic and foreign tourists and located 52 km from Manali.

So, the tourists can travel in Himachal Road Transport Corporation buses, which starts its bus service daily from Manali at 4 a.m. and continue till 2 p.m.

Kanwar said strict action would be initiated against the motorists who are found visiting the Rohtang Pass on the pretext of visit Lahaul-Spiti or Ladakh.

The tribunal has also banned horse-riding, snow-biking, paragliding and plying of snow scooters at Rohtang, Solang and Marhi and also ordered closure of eateries and kiosks.

It said the ban on tourist activity would help check environmental degradation and melting of the glaciers in the region which were receding at the rate of 20 metres a year since 1986.

Initially, the tribunal had banned all type of tourist vehicles. Later, it had relaxed its order for three months, limiting the entry of diesel and petrol tourist vehicles to the Rohtang Pass to 1,000 per day. The relaxation ended on August 15.

The tribunal, which has listed the case for next hearing on September 17, asked the state government to discuss with the GAIL or any other agency to supply CNG for the vehicles in Manali.