This wildebeest-type animal and dinosaur had similarities 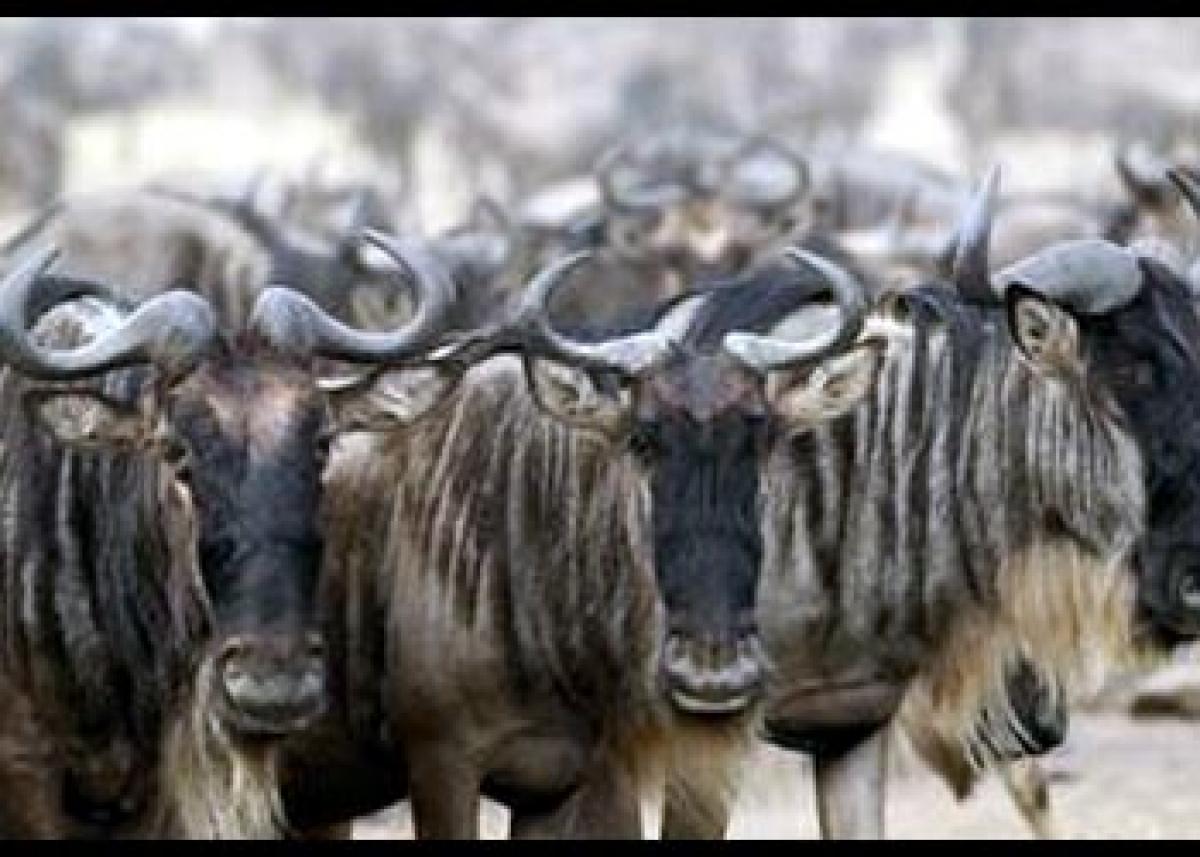 An ancient wildebeest-type animal and a dinosaur had several similarities, according to a team of researchers.

Washington D.C: An ancient wildebeest-type animal and a dinosaur had several similarities, according to a team of researchers.

By poring over the fossilized skulls of ancient wildebeest-like animals (Rusingoryx atopocranion) unearthed on Kenya's Rusinga Island, researchers have discovered that the little-known hoofed mammals had a very unusual, trumpet-like nasal passage similar only to the nasal crests of lambeosaurine hadrosaur dinosaurs.

The findings offer "a spectacular example" of convergent evolution between two very distantly related taxa and across tens of millions of years, the researchers say.

Haley O'Brien of Ohio University, Athens said that the nasal dome is a completely new structure for mammals, it doesn't look like anything you could see in an animal that's alive today, adding that the closest example would be hadrosaur dinosaurs with half-circle shaped crests that enclose the nasal passages themselves.

This evolutionary convergence may be explained by similarities in the way Rusingoryx and hadrosaurs lived. In fact, hadrosaurs are sometimes referred to as the "cows of the Cretaceous."

The researchers say they will continue to explore the developmental shifts required to produce the animals' bizarre morphology. They'd also like to understand what ultimately led the once-thriving Rusingoryx to disappear.

The study is reported in the Cell Press journal Current Biology.