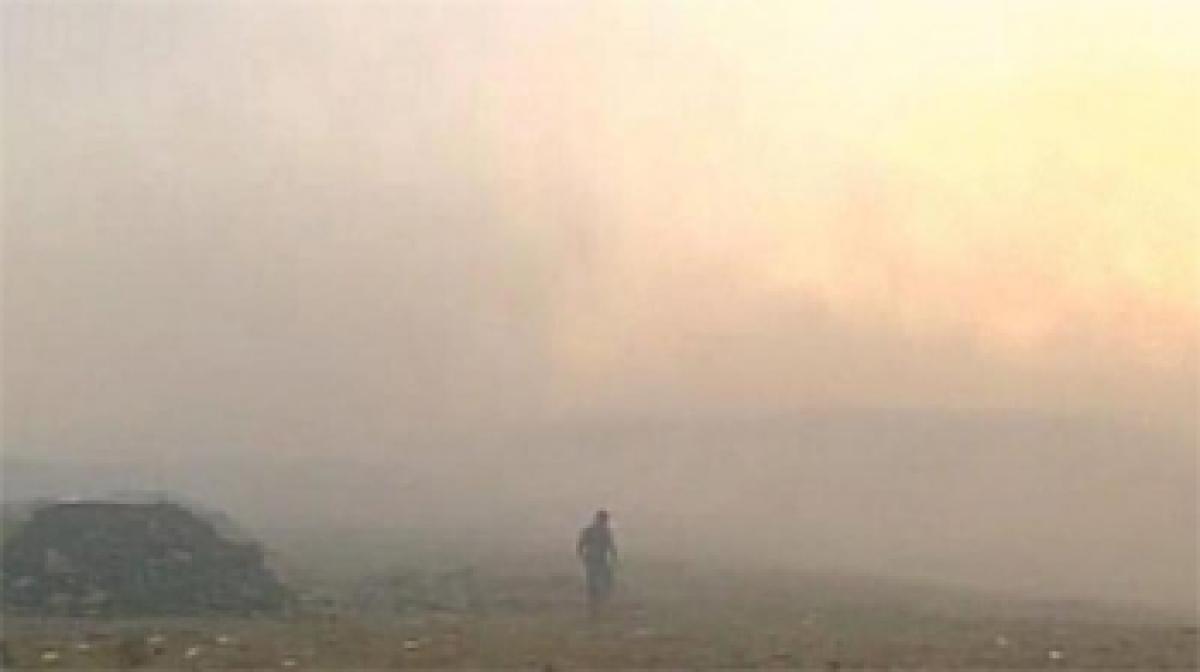 In order to stop intrusion of outsiders, the Brihanmumbai Municipal Corporation (BMC) has finally decided to declare Deonar dumping ground a ‘prohibited area’ like BMC’s water dams and water purification complexes. The civic body will deny entry to outsiders at the dumpsite.

In order to stop intrusion of outsiders, the Brihanmumbai Municipal Corporation (BMC) has finally decided to declare Deonar dumping ground a ‘prohibited area’ like BMC’s water dams and water purification complexes. The civic body will deny entry to outsiders at the dumpsite.

“To prevent fires at the Deonar dumping ground, we need to prevent the entry of outside people. The garbage dumped at Deonar contains several costly items like iron, copper, rubber, etc and ragpickers throng the place to collect it. Henceforth no one will be allowed to enter the dumping ground,” said municipal commissioner Ajoy Mehta.

Fresh smoke was witnessed on Monday morning at the Deonar dumping ground, where the fire which has been raging for three days now intensified on Sunday evening even as people living in the vicinity complained of discomfort due to the fumes emanating from the site.

Eleven fire tenders and eight water tankers have been deployed at the dumpsite located in the eastern suburbs of the city, said officials of the disaster control unit of the Municipal Corporation of Greater Mumbai.

Even as cooling operations are under way at the Deonar dumping yard, toxic smoke engulfed Govandi’s Shivaji Nagar, some parts of Mankhurd and Zakir Hussain Nagar and Baiganwadi area, causing discomfort to locals.

Meanwhile, civic officials have suspected sabotage behind the fire at Deonar, which kept on raging for last couple of days. The BMC has filed an FIR at the Shivaji Nagar police station about the Deonar fire.

Centre to probe Deonar fire
Amid raging concerns over the issue of fire at Mumbai’s Deonar dumping ground, the minister of state for environment Prakash Javadekar on Monday ordered a probe into the matter by a two-member special team after calling the incident as “serious”.

The environment minister blamed the fire during a phone call with the BMC commissioner on the “callousness” of the contractors in charge of managing the dump yard and said action will taken against the violators.

Asked if there was a possibility of “sabotage”, he said it would be clear once the team submits its report. This is the second massive fire in the area in less than two months.