Why does the giraffe have a long neck: Read to find out 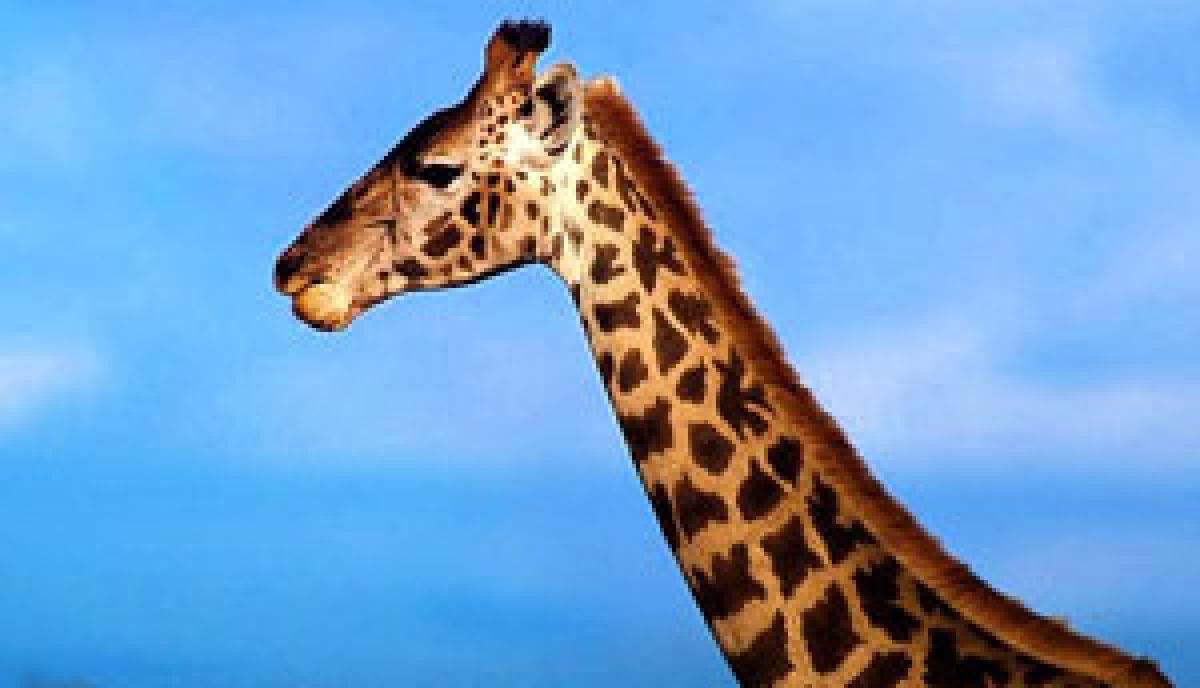 Here`s how giraffe got its long neck

Washington D.C: A team of researchers has discovered new insights into what is behind the most iconic feature of the world's tallest land animal, the giraffe.

For the first time, the genomes of the giraffe and its closest living relative, the reclusive okapi of the African rainforest, have been sequenced, revealing the first clues about the genetic changes that led to the evolution of the giraffe's exceptionally long neck and its record-holding ranking as the world's tallest land species.

"The giraffe's stature, dominated by its long neck and legs and an overall height that can reach 19 feet, is an extraordinary feat of evolution that has inspired awe and wonder for at least 8,000 years, as far back as the famous rock carvings at Dabous in the Republic of Niger," said Douglas Cavener of Penn State University.

"The evolutionary changes required to build the giraffe's imposing structure and to equip it with the necessary modifications for its high-speed sprinting and powerful cardiovascular functions have remained a source of scientific mystery since the 1800s, when Charles Darwin first puzzled over the giraffe's evolutionary origins," said Cavener.

The giraffe's heart, for example, must pump blood two meters straight up in order to provide an ample blood supply to its brain. This feat is possible because the giraffe's heart has evolved to have an unusually large left ventricle, and the species also has blood pressure that is twice as high as other mammals.

A battery of tests comparing the two animals uncovered 70 giraffe genes that showed multiple signs of adaptation. More than half of these coded for proteins known to regulate the development of the skeletal, cardiovascular and nervous system.

Several genes controlled both heart and artery and skeletal development - raising the intriguing possibility that the giraffe's stature and cardiovascular system were modified together through changes to a small group of multi-purpose genes.

One key gene is thought to be FGFRL1, which regulates a biological pathway critical to bone growth. In addition, four "homeobox" genes were identified that are known to specify the regions of the spine and legs.

"The combination of changes in these homeobox genes and the FGFRL1 gene might provide two of the required ingredients for the evolution of the giraffe's long neck and legs," said Cavener.

Further discoveries included metabolic genes that may allow the giraffe to feed on acacia leaves and seedpods, which are both highly nutritious and toxic to other animals.

The research is published in journal Nature Communications.