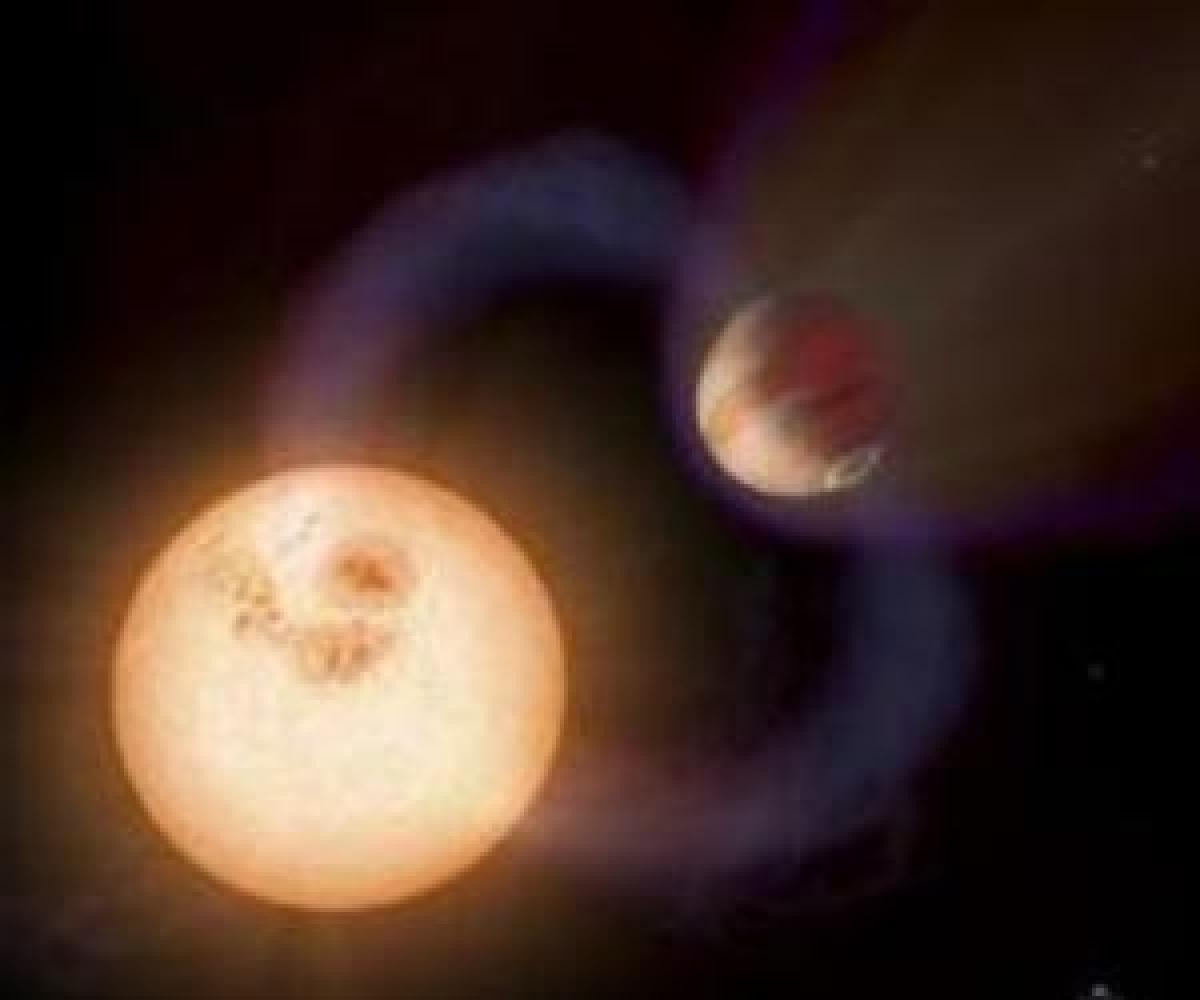 Seems like it is smelly on Jupiter as a team of researchers has found that swirling ammonia lies below the planet\'s thick clouds.

Washington D.C : Seems like it is smelly on Jupiter as a team of researchers has found that swirling ammonia lies below the planet's thick clouds.

Previous radio studies of the planet have been limited to analyzing its properties at specific latitudes, but the new observations offer a widespread, comprehensive view of activity below the clouds.

This revealed a number of hot spots, "dry" regions that are devoid of clouds and condensable gases, particularly opaque billows of ammonia. Analysis of the new VLA data suggests that areas where this ammonia is concentrated extend right up to the base of where Jupiter's clouds form.

The plumes of rising ammonia swell up in wave patterns, a signature of motion deep within the atmosphere.

The authors say that the ammonia gas in these plumes will condense out at higher altitudes, which could explain the ammonia ice clouds detected by the Galileo spacecraft in the 1990s.

These results shed more light on the atmospheres of gas giants, and will provide important context for the Juno spacecraft, which is scheduled to arrive at Jupiter in July 2016.

The study appears in Science.