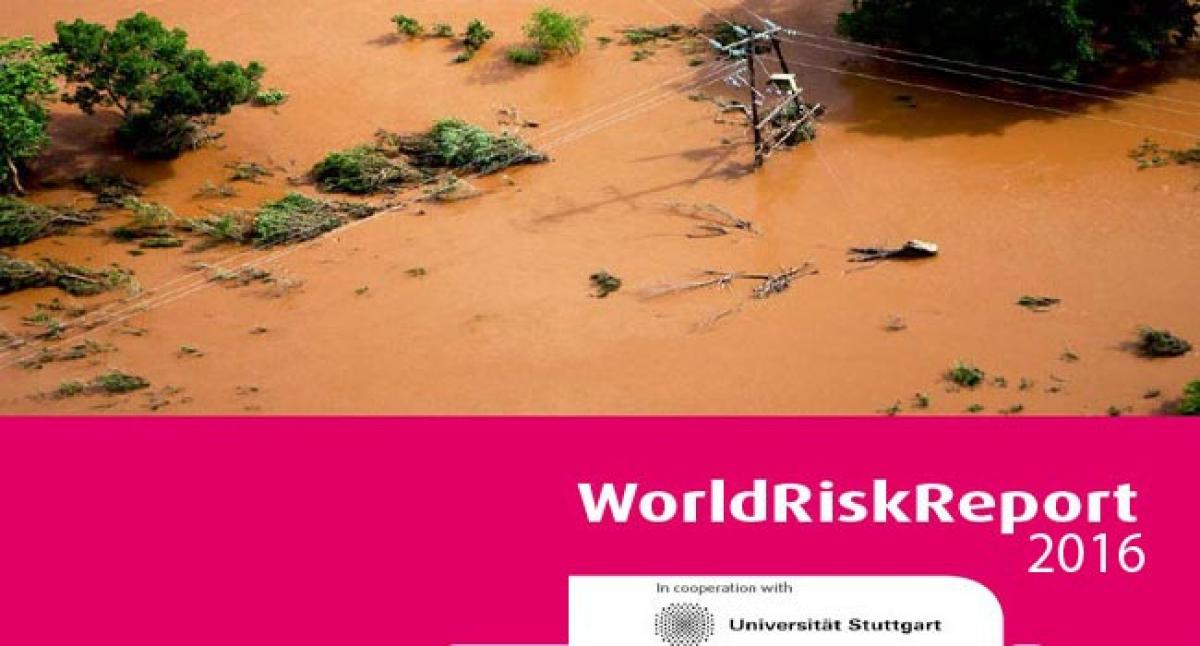 Ranking No.1, the island state of Vanuatu displayed the greatest risk in 2016.

Berlin: While Bangladesh is among the top five countries at risk of disaster, India ranks 77th on the World Risk Index marginally better positioned than Pakistan which is placed 72.

The index is part of the World Risk Report 2016 released on Thursday by the United Nations University Institute for Environment and Human Security (UNU-EHS) and Bundnis Entwicklung Hilft in cooperation with the University of Stuttgart in Germany.

The index assessed the risk of disaster in 171 countries through the combined analysis of natural hazards and societal vulnerabilities.

Ranking No.1, the island state of Vanuatu displayed the greatest risk in 2016.

The researchers concluded in the report that lack of critical infrastructure and weak logistic chains substantially increase the risk that an extreme natural event will become a disaster.

"When it comes to aid measures following extreme natural events, the challenges mostly lie in the 'last mile' of the logistics chain: organising transportation despite destroyed streets or bridges and ensuring fair distribution when there is a shortage of (for example) water, food, and shelter," explained Peter Mucke, Project Manager of the World Risk Report and Managing Director of Bundnis Entwicklung Hilft.

Crumbling transport routes, unreliable electricity grids, and dilapidated buildings not only hinder humanitarian aid from overseas, but also delay crucial aid for those affected in the event of a disaster, Mucke noted.

"The international community must invest more in the establishment and development of critical infrastructure even before disasters occur,” Matthias Garschagen, Scientific Director for the report and Lead Scientist at United Nations University Institute for Environment and Human Security, observed.

"Sufficient, high-quality infrastructure, which is well-managed institutionally, can not only prevent the often catastrophic consequences of natural hazards such as flooding or storms, but it can also play a crucial role in the distribution of humanitarian aid supplies in the event of a disaster. Critical infrastructure can thus reduce the risk of natural hazards for populations and absorb economic losses," Garschagen said.