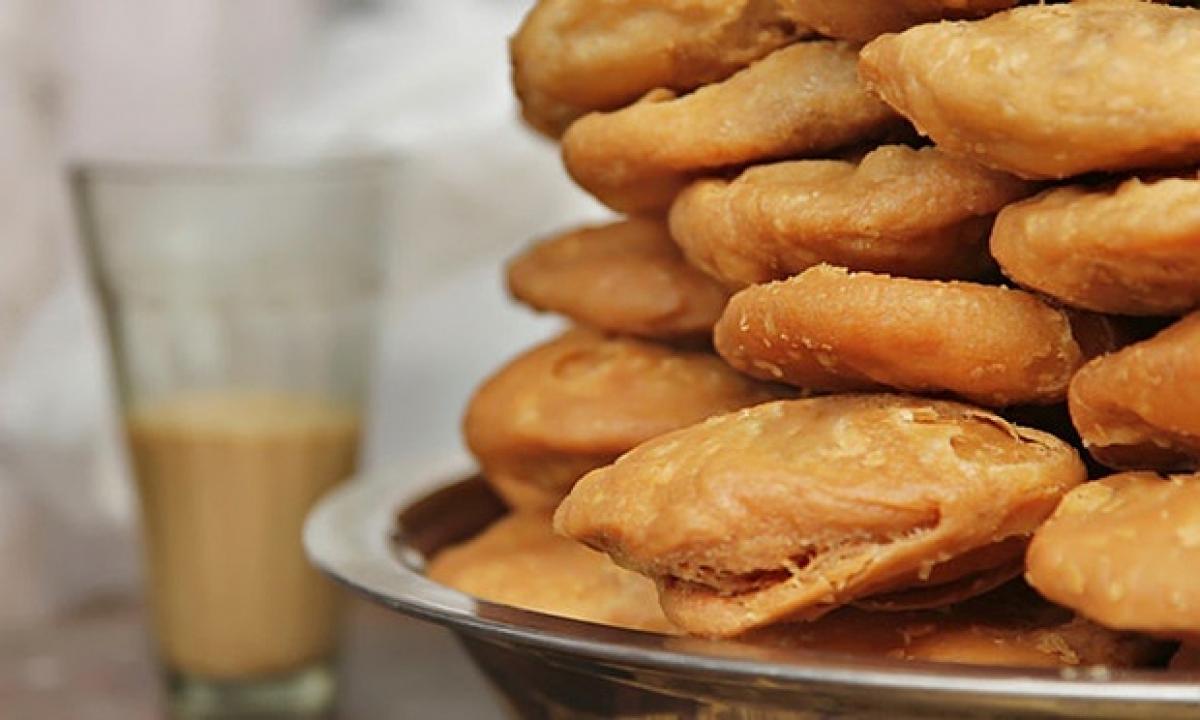 For the teeming millions, Varanasi or Kashi is the source of spirituality, an ideal place for some soul searching and also for salvation. The city,...

For the teeming millions, Varanasi or Kashi is the source of spirituality, an ideal place for some soul searching and also for salvation. The city, said to be the oldest on the face of the planet, however has more to offer on its 'menu' than just that!

For those in love with food, the place offers one of the best street food that one can gorge on. But to do that, you must ignore the dirty and unhygienic conditions all around. Walk down the bylanes of Varanasi and you are sure to find hundreds of big and small, old and new outlets offering mouth watering gastronomical delights.
The Deena Chaat Bhandar is one such eatery where you get spicy n' tangy chaat. While there are routine 'puchkaas' (gol gappas), aloo tikki and dahi-batasha, the typical Benarsi dash in the chaat leaves you all bowled over. The best and most popular is the 'tamatar chaat' served in earthern 'kulhhads'.
The minced tomatoes are mixed with a bevy of masalas (spices) and liquefied with some chola and served piping hot with a generous topping of 'sev'. And believe me, this is simply out of this world. The tanginess of the tomato with some peppers and the secret recipe adds to the taste of the tamatar ki chaat and leaves the foodie faithfuls seeking for more than just one helping.
The 'palak' (spinach) pakodas are also worth a try. Served hot n' crisp, the pakodas are pre-cooked and then fried again when sought by a customer. The crispness mixed with a concoction of 'hari' (green) chutney and 'sonth' is a good combo. The 'chooda matar' is a famous eastern Uttar Pradesh delicacy which people munch on mostly during breakfast time.
With an influence from neighbouring Bihar, chooda matar is a "hot item" during mornings, informs 25-year-old Ankit Kesari, the owner.
Kashi also serves up one of the finest coolers for summer-hit souls. There are several shops serving tasty 'thandai'.
A shop at Gudauli has a beeline of 'raring-for-more' fans, who simply don't seem to get enough. The chilled milk preparation is served after mixing with a concoction of things including elaichi, rose petals, garam masala, kesar and a lot of other things.
Gopal Mishra, a self-confessed fan of the drink informs that the Benarsi thandai is the best in the world. He further points out that most people prefer thandai laced with bhaang. Lassi is another favourite.
"Ye Baba Vishwanath ki nagri hai aur bhaang waali thandai (This is Baba Vishwanath's town and bhang-laced thandai) is Lord Shiva's prasad," a local pointed out.
Varanasi has a lot of Shaivite devotees thronging from the southern parts of India and hence the food at many places is south-Indian. There are carts and some restaurants near the fabled Kashi Vishwanath temple that serve some of the finest and authentic south-Indian fare like idli, medhu vada, masala dosa and oothappam.
In the morning, the class divide between the ordinary and the rich Benarsi is bridged by their love for food. Labourers, students and top-of-the-line businessmen eating the pooris filled with some rare mix of daal and spices, accompanied with some big, palm-sized jaleba's (the bigger version of the syrupy jalebis) is a common sight during Subah-e-Benaras, the famous sunrise in Kashi.
The famous Shri Ram Bhandar - a 200-year-old eatery on the Mint House Road, opposite the Taj Gateway hotel, attracts hundreds every morning. People in track suits, back from their morning jog or walk also stop by to get the breakfast packed. Saurabh, its owner, says his sales of morning breakfast were superb but refuses to divulge the secret recipe which he holds close to his chest.
So, come to Benaras not only for the salvation of the soul, but also for some happy munching!
Show Full Article
Email ArticlePrint Article
More On
Download The Hans India Android App or iOS App for the Latest update on your phone.
Subscribe
Subscribed Failed...
Subscribed Successfully...