The next time you go for the Indian spread at a wedding, stick to the Awadhi food etiquette - nothing before and nothing after biriyani - says Sahebzada Wasif Mirza, a direct descendant of Wajid Ali Shah, the last nawab of Awadh, credited for introducing the cuisine to what is now West Bengal.

The next time you go for the Indian spread at a wedding, stick to the Awadhi food etiquette - nothing before and nothing after biriyani - says Sahebzada Wasif Mirza, a direct descendant of Wajid Ali Shah, the last nawab of Awadh, credited for introducing the cuisine to what is now West Bengal. 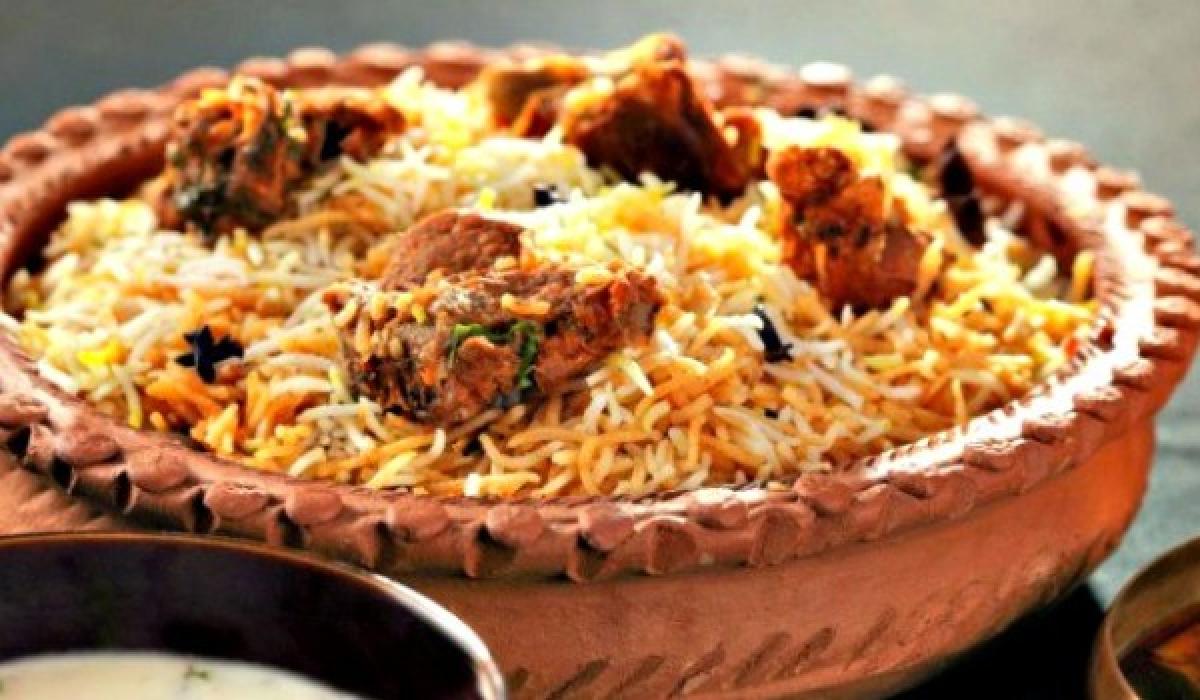 Of the more than 10 varieties of biriyani (slow-cooked rice and meat in spices) available in India, Kolkata favours and has widely adopted the cousin from Awadh, what is now central Uttar Pradesh. It is also referred to as Lucknawi biriyani.
Deposed and exiled to the Metiabruz area of the city (then a suburb) after the British annexed his kingdom in 1856, Shah continued to maintain his love and patronage for the arts and cuisine, says Mirza, a great grandson of the nawab.
"He ensured the royal chefs maintained the same standards of cooking and followed the secret recipes to the core. A lot of experimenting was done in the royal kitchen. While dining, etiquette was kept in mind. Khaane ki tehzeeb hoti hai (There is a proper method to consuming food) and biriyani is a complete meal in itself," Mirza told IANS during the recent Apeejay Kolkata Literary Festival.
One such golden rule was that nothing should be tasted before or after biriyani, to get the maximum hit of flavours, courtesy a combination of spices, saffron and potatoes.
"Awadhi biriyani that evolved in Kolkata in the 19th century differs from others because it contains boiled potatoes (aloo) along with the rice and gosht (mutton). Zaffraan (saffron) hona zaroori hai (It is necessary to add saffron)," stressed Mirza, president of Kolkata's Oudh Royal Family Association.
Biriyani is believed to have entered India from Persia (Iran) via Afghanistan. The earliest evidence of the dish hark back to the Mughal era.
The Awadhi counterpart is known to be one of the oldest forms of biriyani and is made in the Dum Pukht style - cooking over slow fire in sealed containers.
Mirza said usually the potatoes and meat are partially cooked, layered and then left to sit in with rice. The spice mix for the meat marinade is not revealed to outsiders.
Then, there is a long-drawn heated debate on the potato conundrum - to add it or to exclude it.
Scores of restaurants and 'biriyani-houses' in the city offer their own versions. Some serve scented rice generously laden with browned potatoes while others exclude the tuber and replace it with paltry chunks of chicken. Some do it the vegetarian way.
In addition, at weddings, pots of biriyanis are queued up with other Indian food items.
"We (the descendants of Shah) can't imagine Awadhi biriyani without aloo. At our house, it is still cooked in the same way with a good amount of potatoes and meat. At weddings, they serve biriyani but they don't maintain the order. This kills the taste (mazza nahi aata) when you have other dishes before it," Mirza rued.
Though the amount of ghee (clarified butter) used in the cooking process should be "ample" to properly cook it through, modern day versions do cut down on the fat, a fact that the septuagenarian Mirza accepted.
"What many people don't know is after biriyani, the only thing allowed is burhaani, a curd-based gravy sans spices, to ease digestion. Have biriyani and go for some burhaani, you will be fine. Our forefathers had reasoned and established etiquette for good health," Mirza said with pride.
Show Full Article
Email ArticlePrint Article
More On
Subscribe
Subscribed Failed...
Subscribed Successfully...