Coconut and Curry Leaves are the most commonly used ingredients of this cuisine along with ginger and garlic – a delicious reflection of its coalescence. Dakshin – the South Indian restaurant at ITC Kakatiya is known for its delectable dishes from this region. I was happy to have been invited for a Chef’s table at the ongoing Mangalorean Food Festival where visiting Sous Chef Lakshit Shetty – a Mangalorean descent, showcased an array of authentic delicacies from Mangalorean homes. 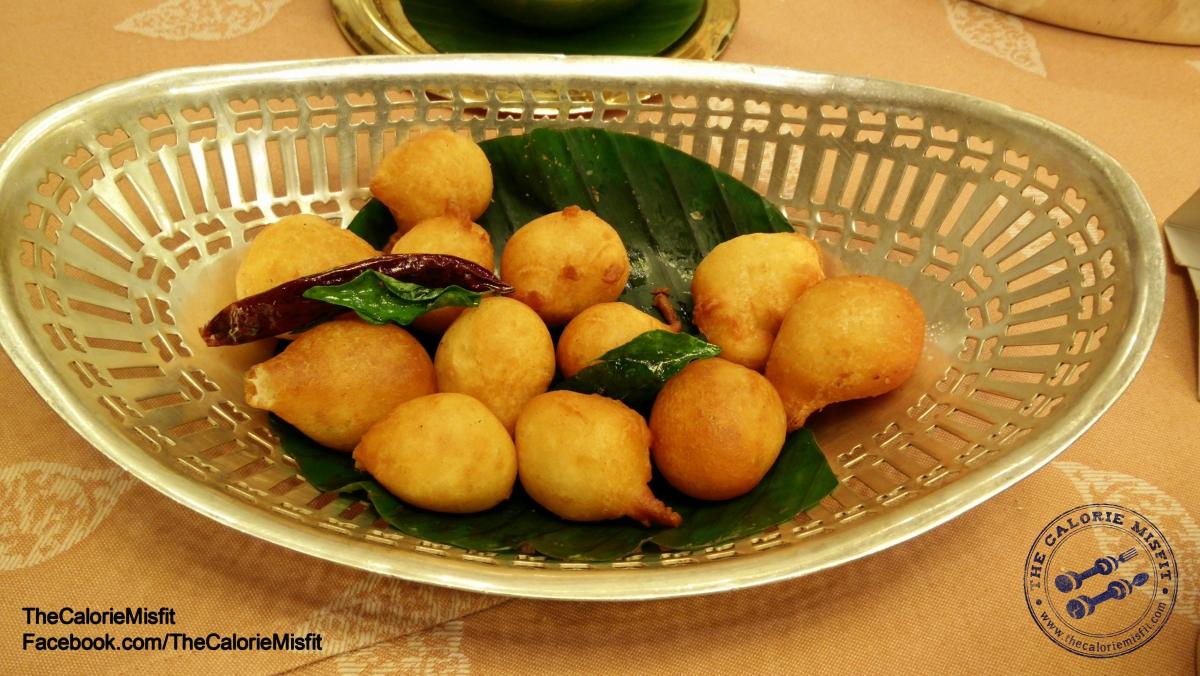 After a quick round of introduction with Executive Chef Paul Noronha, began this gourmet experience with Iyer’s trolley – a live trolley which is apparently named after Chef ParamasivamIyer that includes small adais, kunnipaniyarams, banana flavored dosais along with an array of freshly grounded chutneys like a tomato & onion Chutney , an eggplant chutney and the extremely flavorful coconut chutney. The traditional welcome drink made of coconut water, honey & basil was as refreshing as it could get and then an array of Appetizers followed. The first of the list was GolliBajje – a crisp deep fried, golden brown snack made of refined flour and whipped curd when paired with the toothsome peanut chutney was a perfect snacker. This was followed Badane da Podi (BrinjalPakoda) that was equally addictive. Next up was MeenRawa Fry –a boneless fish which is first marinated in red chilli paste and then deep fried in a semolina batter.
Being from the coastal region, I seldom come across a MeenRawa Fry which was as authentic as this – Loved it! The melt in the mouth Chicken Ghee Roast – a delicious, flavorful, soft & Juicy delicacy laden with pure ghee was an instant hit - this is one dish I wouldn’t want to substitute for anything! 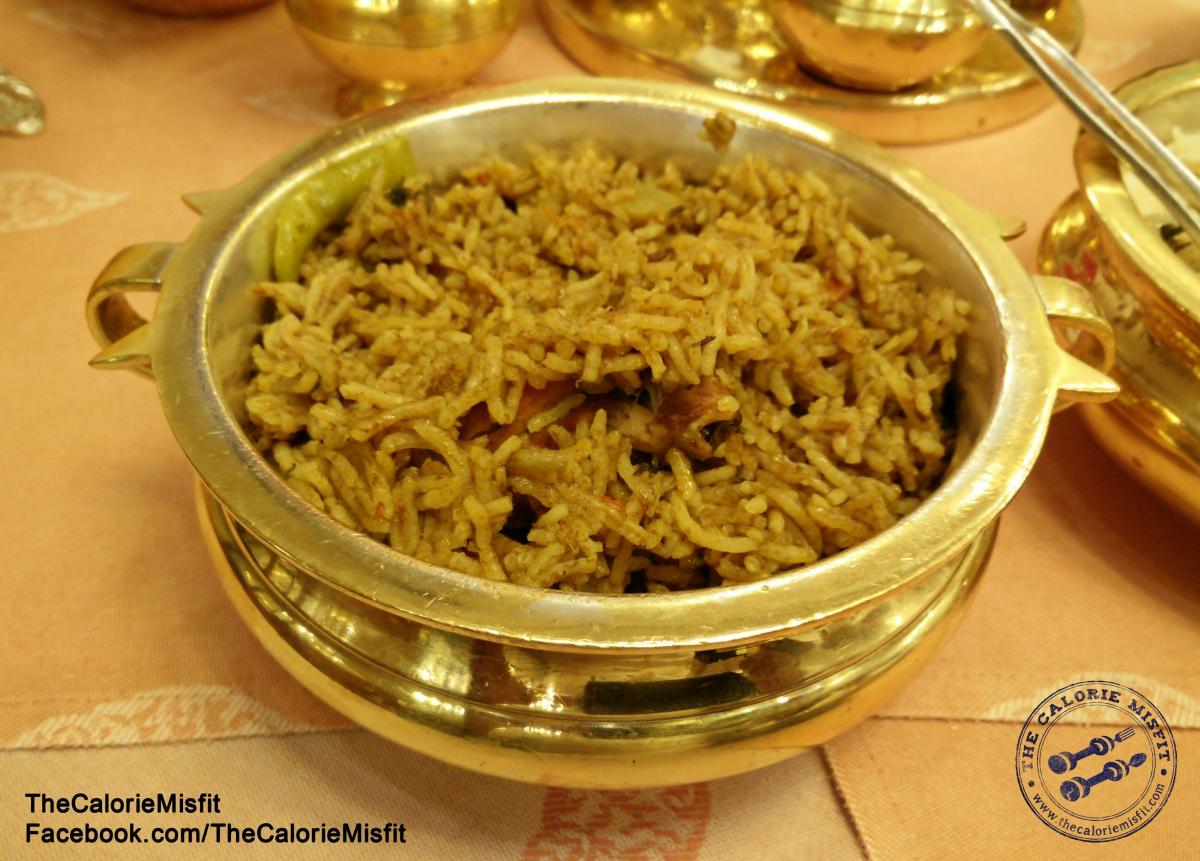 Main course started with the ever popular Kori Gassi – a delicate combination of coconut milk, red chilies & curry leaves that perfectly complimented the crisp dry wafers of Rotti made from boiled rice. The ideal way to eat is to first crush the wafers and then allow it to be soaked with Kori Gassi – the combination for which there is no match! As it’s rightly said Kori Gassi is a dish that put Mangalore on the culinary map of India, this was indeed the star of the evening. This was followed by Massa Ajadina – boneless chunks of lamb stewed in thick gravy of chilies, coriander and coconut which went well with KalDosa – a soft and silky variant of dosa !
From the veg section, KadlaManoliAjadina&PandegiGassiwas on offer which I tried with Nei ta Nuppu – Mangalorean version of Ghee rice.
KadlaManoliAjadina is basically Chick peas and ivy guard tossed in thick masala of chilies, corrainder seeds and cumin while PandegiGassi – the chef’s favorite, is green gram sprouts & potatoes done in traditional silky gravy and spiked with bedgichillies.
The Kori Biryani flavored with heavy dosage of mint, coriander and fennel was like a pulav variant that had striking similarity to the donne biryani of Bangalore. The tender chunks of chicken and the robust spices with heavy dose of mint & coriander made this eccentric biryani a class apart.
Finished off this gourmet experience with Gadbad – an ice cream based confection made famous by the various bus routes that pass through the city. It’s basically a tall glass with layers of ice cream, jelly, dry fruits and fresh fruits. Gadbad is indeed Mangalore’s answer to the popular ice cream sundae. Loved it !
A quick chat with Sous Chef Lakshit Shetty and I get to know that this Mangalorean Food Festival is a result of four years of research where Lakshit has been working on his grandmothers recipes. Kudus to Executive Chef Paul Noronha , Chef Lakshit Shetty and his team for coming up with this promotion which gives an opportunity to savour the delights of managlorean cuisine in all its glory !
The A-la-Carte promotion is on until 13th September
Thumbs up for this one !
Photos and Review by Vishal Fernandes
Show Full Article
Email ArticlePrint Article
More On
Subscribe
Subscribed Failed...
Subscribed Successfully...