‘Strong wave in favour of TRS’

Strong Wave in Favour of TRS, TRS chief K Chandrasekhar Rao has exhorted party nominees to make inroads into every nook and corner of the region and reach out to voters since there is a strong undercurrent in favor of the party for fulfilling the long-pending dream of separate state of Telangana.

Hyderabad: TRS chief K Chandrasekhar Rao has exhorted party nominees to make inroads into every nook and corner of the region and reach out to voters since there is a strong undercurrent in favor of the party for fulfilling the long-pending dream of separate state of Telangana. Rao chaired a key meeting at Telangana Bhavan to discuss about election strategies, his tour schedule, public meetings and road shows in 10 districts among other things. 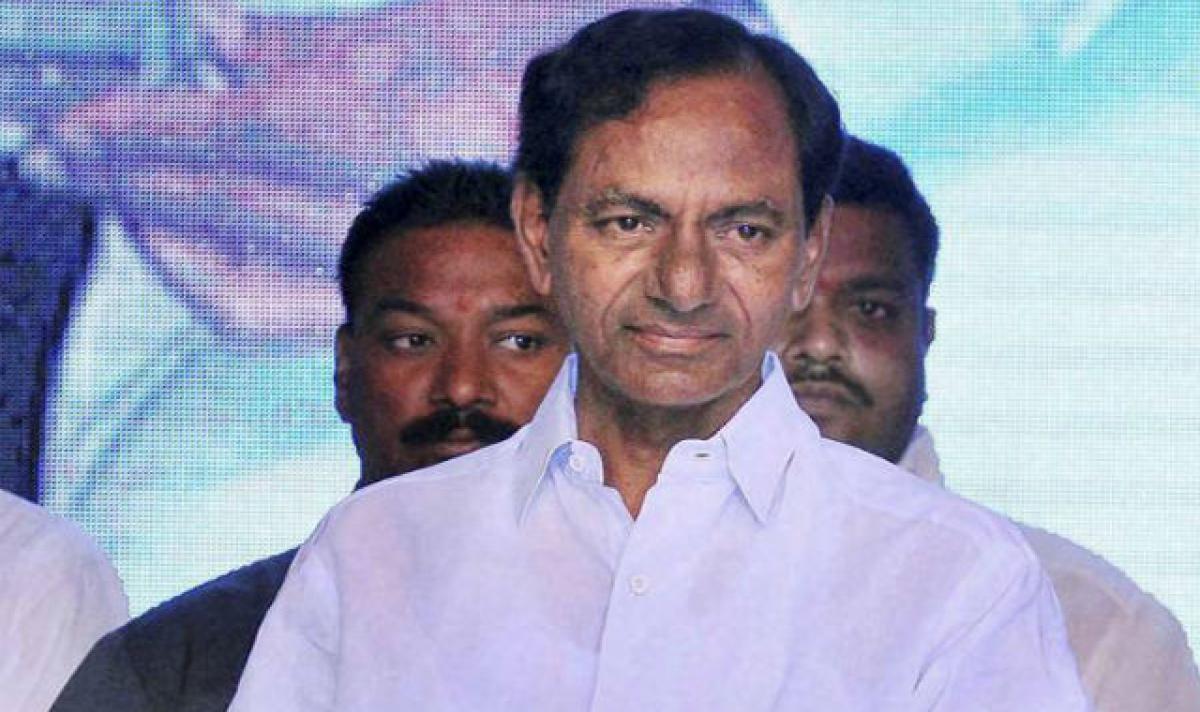 Besides party nominees in 119 Assembly and 17 Lok Sabha segments, MLCs and senior leaders of the party attended the meet. Rao urged them to speak in a language they were comfortable with and which can connect them with the people. He told them not to use complicated words in rural areas. They should be able to communicate effectively even with a layman so that he would be convinced that they should vote for TRS. He also told them not to read out entire manifesto in a hurry or make an effort to touch too many issues in a short time. “Candidates should focus on issues pertaining to that region included in the manifesto and highlight them so that locals could get a better understanding of what is in store for them if TRS forms government in the new State,” he said.

Rao also briefed them about the 3-D technology that the party will extensively use in upcoming elections. He said people were now looking towards TRS with hope after the past experiences of the ineffective and neglected governance by the Congress and the TDP governments. Various surveys by national agencies were endorsing this fact.

KCR charged T Congress with lifting promises from their manifesto. “Congress has promised to create 10 more districts but my question is why it has dawned on the national party now to increase the number of districts after completing two full-terms of five years each,” he questioned. He said that TRS gave 55 per cent of seats in Telangana region to weaker sections with BCs getting 30 seats. “A party, which was proclaiming BC Chief Minister (in an indirect reference to TDP) has given only 15 seats,” he pointed out. He also lashed out at Union Minister Jairam Ramesh and TPCC chief Ponnala Lakshmaiah for making light of TRS promises.

Meanwhile, TRS is planning to hold a massive public meeting at Nizam College Ground on April 27 in which party activists and supporters from 24 constituencies in Greater Hyderabad limits will take party. The party leadership is aiming to give a strong message to the entire region with this meeting. The meeting will enable TRS to show off its increased presence and strength in Hyderabad and Ranga Reddy districts which will also help it in garnering more votes.