Is it possible to reinvent the magic of Tyagaraja or Tansen today? “This is a question my grandfather had answered long ago in the 60s. Tyagaraja or Tansen were saint poets and had practiced music as yoga or a tapa and their purpose was different. They were more or less legends and we do not know for sure their authenticity. 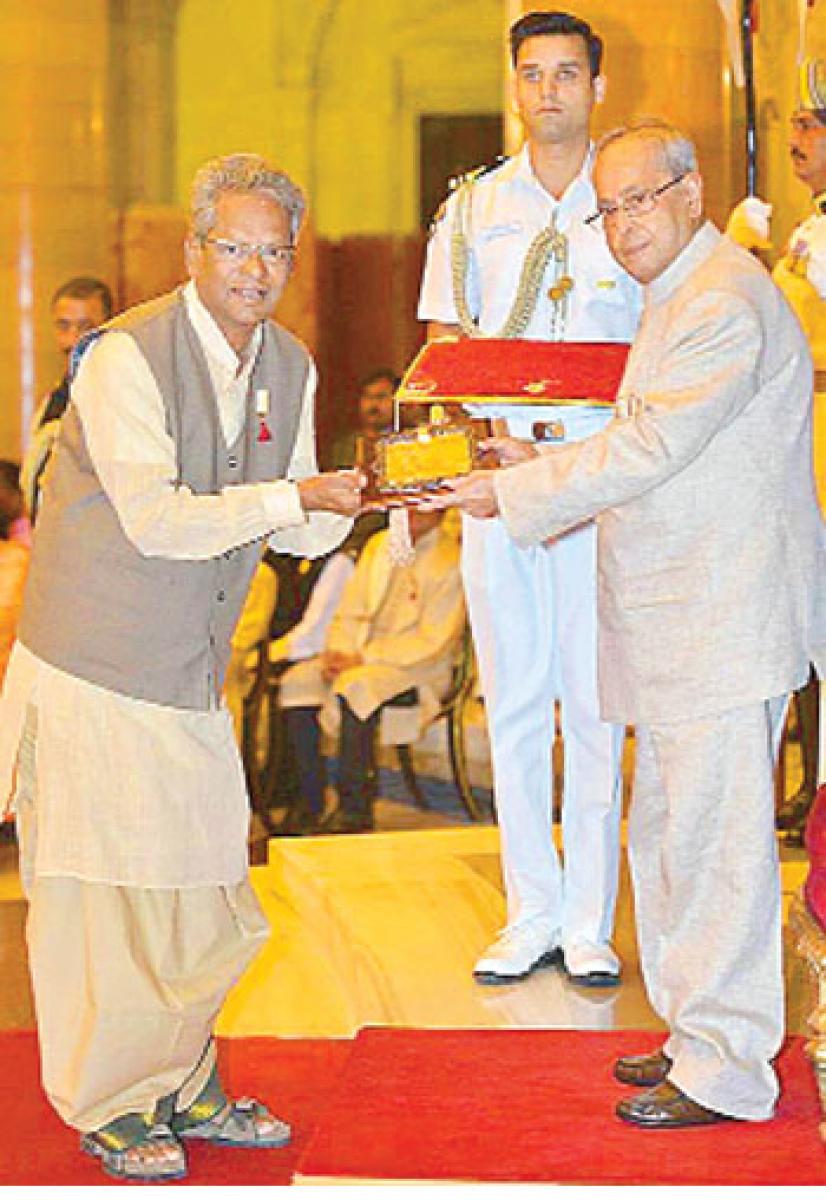 The scion of an iconic family, the talented violinist Dwaram Durga Prasada Rao was bestowed with the prestigious Sangeet Natak Akademi Award for Carnatic Instrumental music on October 20. He honours his credit to his music lineage. In an exclusive interview, he shares the legendary story of the Dwarams who tuned the western instrument to Carnatic notes

Is it possible to reinvent the magic of Tyagaraja or Tansen today? “This is a question my grandfather had answered long ago in the 60s. Tyagaraja or Tansen were saint poets and had practiced music as yoga or a tapa and their purpose was different. They were more or less legends and we do not know for sure their authenticity.
The phenomena may perhaps require a symbolic poetic interpretation rather,” says Dwaram Durga Prasada Rao, who is heir to a great musical tradition. He has recently been chosen for the coveted central Music, Drama and Dance Academy award for Carnatic instrumental music by the Union Government.
Durga Prasada Rao was 17 when he stood first in the AIR Carnatic music competitions and received the first prize from the then President of India, Rajendra Prasad. A scion of the famed Dwarams, whose mere mention is enough to initiate a sojourn into the world of music, and a skilful exponent of the nuances of pure music, he does not need the support of a singer for a rendering a wholesome treat to the ears.
He gives the credit of his expertise to the maestros, “Master musicians are volumes of music and their minds are treasure troves. They explain the principles, give the whole perspective behind kritis and open an unexplored window. I learnt many things in the company of Dr Mangalampalli Balamurali Krishna, Annavarapu Rama Swami (now 95 years old), Nedunuri Krishna Murthi, Kolanka Venkata Raju, Nookala China Satyanarayana, Sistla Satyanarayana, Dwaram Bhava Narayana Rao, and Dokka Srirama Murthy, while giving them musical assistance.
Even my students pushed me to greater heights of learning experience. We also had with us a great number of books, audio records of Indian and Western musicians, including the records of the 16th century composer Bach and the techniques that our forefathers mastered by integrating Western and Indian systems of music,” he shares.
He further goes onto say that the listener and performer becoming one is the highest level of experience a musician can gain. “That is the utmost pleasure and only results from perfect technique. It is a condition where one forgets oneself. When our judgements and knowledge of the swara are in tandem and aesthetic is added to it, it becomes soulful and you are not aware of the swara you are playing.
It is the highest plane of experience. It is playing the instrument for its sake, which is also called ‘solo technique.’ It is a condition where the ‘self’ vanishes, where one is onto ones true spiritual self.”What amount of practice does this take? “It takes ‘tristayi sadhana’, without gamakam. No raga either.
As to my experience, I sit in the corner of a room. ‘Mayamalavagouda’, for instance, is taken and it is practiced in the ‘tristayis’. It is practiced 1000-2000 times in 15 minutes. This is called ‘scales practice’ by the Western musicians. It is practicing without feeling, with a consciousness of only the finger, the beauty of sound and purity of note. It is a musical yoga where one forgets oneself. It is mastering emotions, structures, meaning and technique without the involvement of attitude.”
What is the best music then? “The best music is when we play not for others but when we play music to our heart’s content, like a rhythmic structure or Latha’s song. Music is a game played with the heart-strings of the audience. No beautiful sound is anathema to a musician. A conversational musician that he was, Venkata Swami Naidu was well aware of this and so he picked a folk song like ‘ororibandivada’ and rounded off his concerts.”
There is another side to Durga Prasada Rao that many people do not know. He was for sometime an apprentice to Antyakula Pydiraju, a renowned painter. To wood and thermocol sheets, he endows shapes of tell-tale stories and turns them into life. In addition to a great music tradition, he is also heir to many books and records of Indian and Western music.
He is a book enthusiast too, and can talk for any length on WB Yeats and EE Cummings, whom he adores to no end. He enjoys George Harrison, Beatles, pop, rock, hard-rock. He attaches respectability to all varieties of music and says that they are culture specific.
Music of the instrument, which he refers to as ‘pure music’, is as good as music played as accompaniment when it facilitates comfort of ‘sruthi’ and affords pleasure. Prasada Rao is now retired after serving for 22 years as a lecturer, and 18 years as a principal. Even while expressing his happiness over the Sangeet Natak Akademy Award, he owes the credit to his father and his family tradition. It is only true to state that the Dwarams are touched only by melody and nothing else.
By:Dr B Venugopalarao
Show Full Article
Email ArticlePrint Article
More On
Download The Hans India Android App or iOS App for the Latest update on your phone.
Subscribe
Subscribed Failed...
Subscribed Successfully...