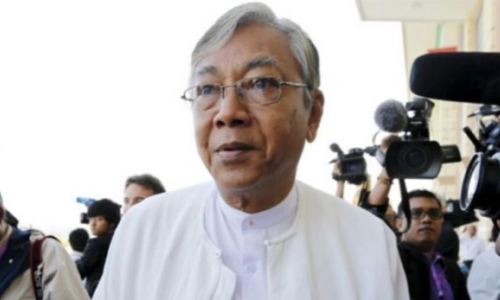 Htin Kyaw, Aung San Suu Kyi's faithful companion, became Myanmar new President, the first democratically elected president for decades, after Parliament's vote on Tuesday March 15. He is also the first civilian to become a civilian president after 50 years of military dictatorship followed by the constitution of a government led by former generals.

He beat another NLD candidate and one put forward by the military.

Ms Suu Kyi is barred from the post due to a constitutional clause, but has said she would be above the president.

In second place was military-nominated Myint Swe, who received 213 votes, followed by the other NLD candidate, Henry Van Thio, who got 79 votes.