Obama vows to help Ethiopia as its partner 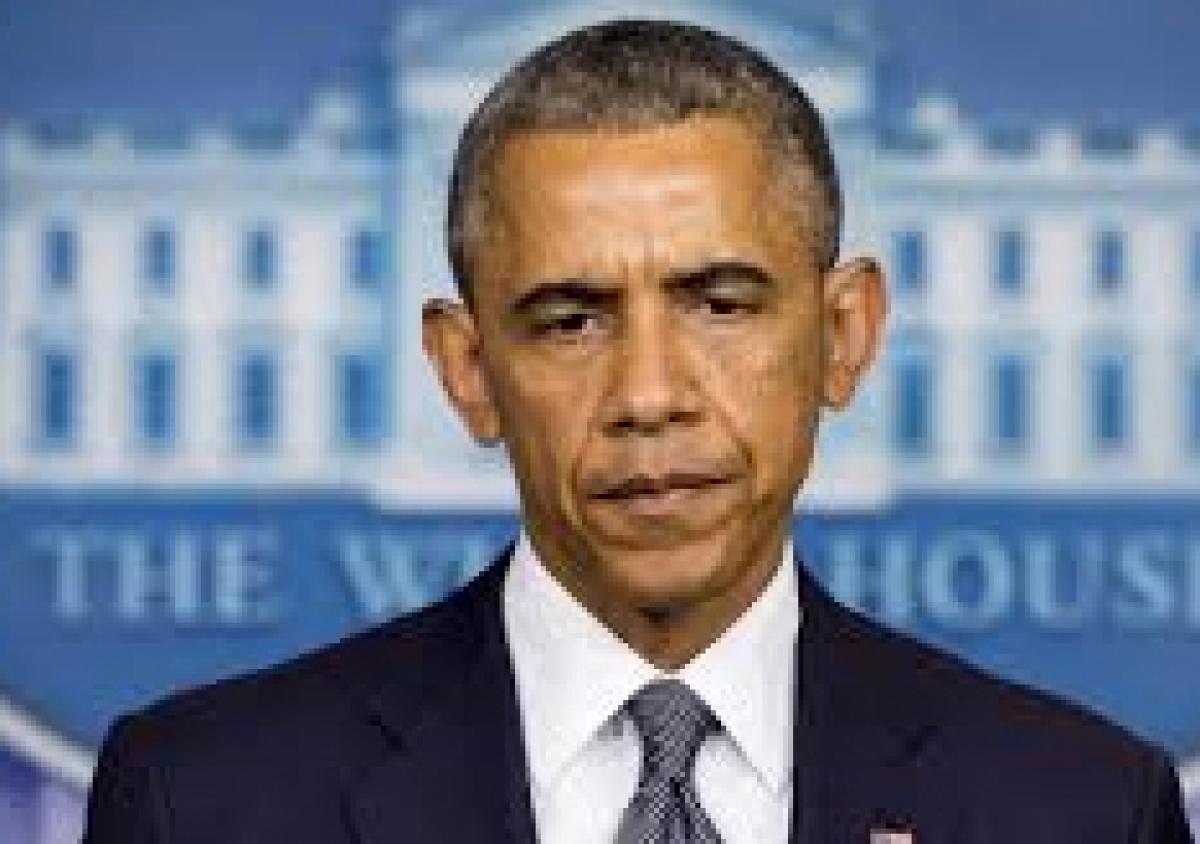 Obama Vows To Help Ethiopia As Its Partner. Pledging stronger ties with Ethiopia, US President Barack Obama has promised to help the second most populous country in Africa as its \"friend and partner\". Addis Ababa: Pledging stronger ties with Ethiopia, US President Barack Obama has promised to help the second most populous country in Africa as its "friend and partner".

Obama, who is on a two-day visit to Ethiopia, will on Tuesday address the African Union. He will become the first American president to do so at a time when he is encouraging Africans to do more to fight the Al Shabab terrorist group and to resolve regional conflicts.

He also praised the regional leaders for showing "extraordinary leadership in trying to address the continuing situation in South Sudan".

On Monday, Obama met Prime Minister Hailemariam Desalegn, President Mulatu Teshome and other officials, and said: "I can promise you this: America will be with you every step of the way - as a partner, as a friend."

In a first such visit by a serving US president to Africa, Obama touched upon issues related to regional security, democracy and political rights.

The US lags far behind countries such as China, Turkey and India when it comes to direct investments in Ethiopia, but Obama's two-year-old Power Africa initiative aims to increase energy investments in the continent.

The US government has launched Power Africa which aims to add 30,000 MW of electricity generation capacity and 60 million new home and business connections across sub-Saharan Africa.

"With the renewal of the African Growth and Opportunity Act (AGOA), we will also work to further open American markets to Ethiopian products and help expand private sector investment in Ethiopia," Obama told the press at the National Palace of Ethiopia.

On Tuesday, he attended a mini summit organised by the Ethiopian government focusing on regional peace and security.

Obama arrived in Ethiopia late on Sunday following a visit to Kenya, the country of his father’s birth.

The crisis in South Sudan and the human rights challenges on his agenda have brought a more serious tone to a trip that had otherwise been a celebratory visit.

"This gives me and the US delegation an opportunity to learn from them what progress has been made, where there appears to be continued roadblocks and how we can partner with them to make progress,” Obama said.

"Our hope is that we can actually bring about the kind of peace that the people of South Sudan so desperately need."

African nations, led by Ethiopia, have been trying to broker peace in South Sudan through the Intergovernmental Authority on Development, a regional body, and are almost ready to present a possible compromise to the warring parties.

The two sides will have until August 17 to respond to the proposal, but administration officials have little expectation that they will accept it.

"Even though it is hard to predict the outcome of the peace talk between the two warring parties but we hope that somehow there will be some change this time," said a political analyst at the Institute of Security Studies (ISS) Africa, headquartered in Pretoria, South Africa.

Obama’s visit highlights a complex relationship with the country, which has a strong defence partnership with the US but has been criticised for its human rights record by organisations such as Human Rights Watch and Amnesty International.

But as compared to South Sudan and Yemen -- countries torn apart by violence and civil war, Ethiopia is comparatively stable.

American assistance to the country included over $1 million for security last year.