US in talks with Pakistan on limiting its nuclear weapons: report Ahead of Pakistani Prime Minister Nawaz Sharif\'s visit to the US later this month, the Obama Administration is in talks with Pakistan on a range of issues including limiting and controlling Islamabad\'s weapons programme, according to a media report.

Ahead of Pakistani Prime Minister Nawaz Sharif's visit to the US later this month, the Obama Administration is in talks with Pakistan on a range of issues including limiting and controlling Islamabad's weapons programme, according to a media report. 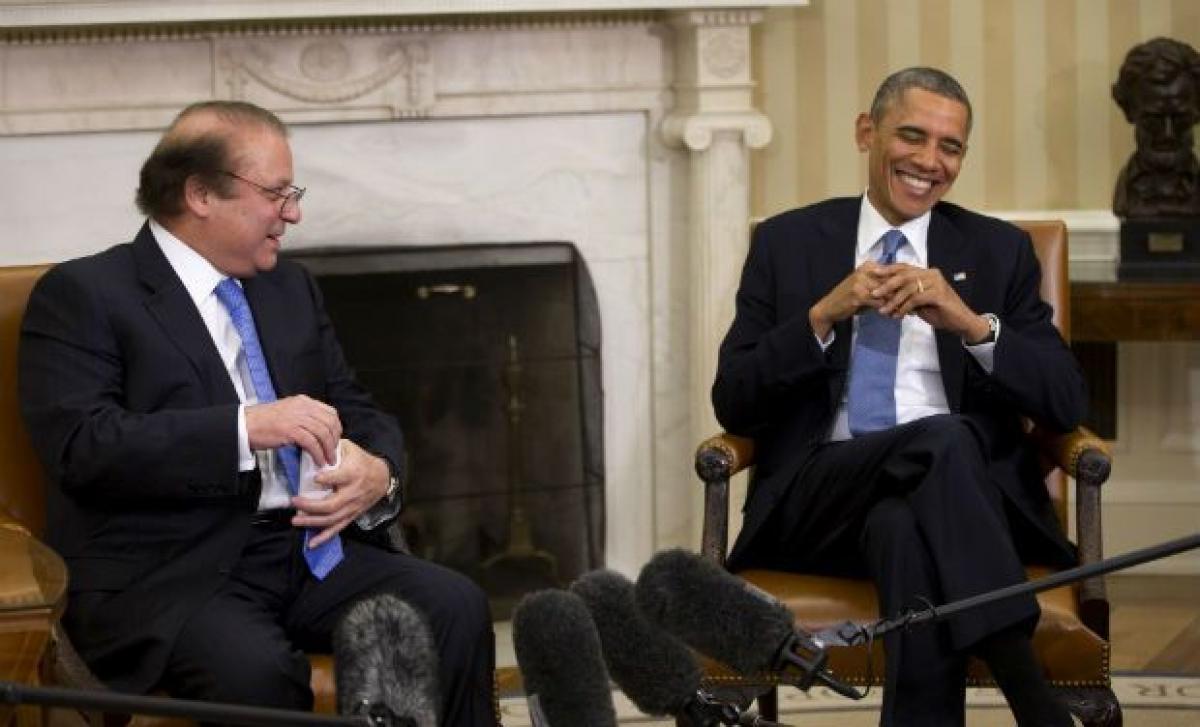 Noting that the United States is in regular contact with Pakistan ahead of Mr Sharif's visit, the White House declined to comment on the issue first reported by The Washington Post on Wednesday.
"A source familiar with the talks said Pakistan had been asked to consider what are described as "brackets."
Pakistan would agree to restrict its nuclear programme to weapons and delivery systems that are appropriate to its actual defence needs against India.
"Pakistan might agree not to deploy missiles capable of reaching beyond a certain range," the report said.
"In return for such an agreement, the source said, the United States might support an eventual waiver for Pakistan by the 48-nation Nuclear Suppliers Group, of which the United States is a member," the daily reported.
"At US urging, that group agreed to exempt India from rules that banned nuclear trade with countries that evaded the Non-Proliferation Treaty," it said.
However, the White House neither confirmed nor denied the authenticity of the story.
"We are in regular contact with the Government of Pakistan on a range of issues as we prepare for the visit on October 22 of Prime Minister Sharif. We'll decline comment on the specifics of these discussions," a senior Obama Administration told news agency PTI on condition of anonymity.
In the recent past the US-led international community has expressed concern over the rapid growth of Pakistan's nuclear weapons stockpile.
The Washington said the talks with Pakistan on this issue would be slow and take long.
"Pakistan prizes its nuclear program, so negotiations would be slow and difficult, and it's not clear that Islamabad would be willing to accept the limitations that would be required. But the issue is being discussed quietly in the run-up to Prime Minister Nawaz Sharif's visit to Washington October 22," it said.
"Any progress would break a stalemate that has existed since the United States detected Pakistan's nuclear program in the mid-1980s, and especially after Pakistan exploded its first weapon in 1998," it added.
Show Full Article
Email ArticlePrint Article
More On
Subscribe
Subscribed Failed...
Subscribed Successfully...