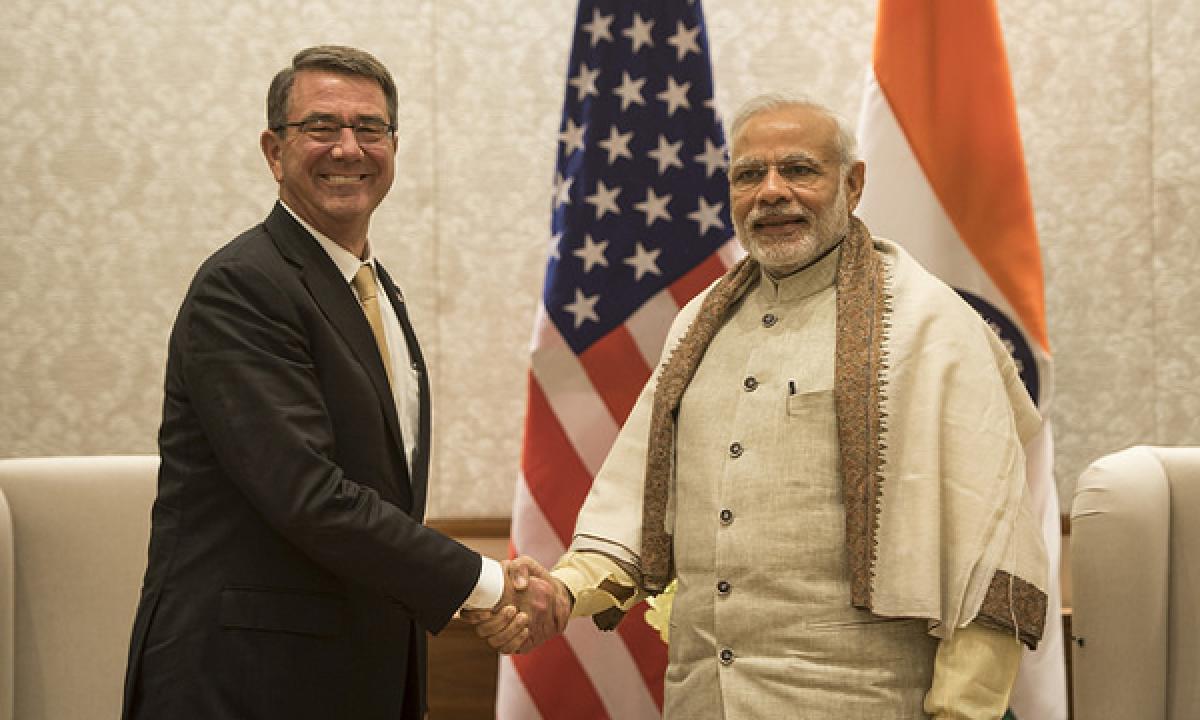 A legislation providing for recognition of India as a major defence partner of the US cleared the Congress on Thursday and now goes to the White House...

New York:A legislation providing for recognition of India as a major defence partner of the US cleared the Congress on Thursday and now goes to the White House for President Barack Obama's approval.

The National Defence Authorisation Act approved by the Senate includes a provision, "Enhancing defence and security cooperation with India", that requires the defence Secretary to take steps to recognise India as the major defence partner of the US.

Last week, the House of Representatives had approved the legislation, which is essentially the defence budget.

The final passage in the Senate took place the day Defence Secretary Ashton Carter was in Delhi to discuss with Defence Minister Manohar Parrikar the implication of the designation for India-US cooperation in defence.

"The designation of a 'Major Defence Partner' is a status unique to India and institutionalises the progress made to facilitate defence trade and technology sharing with India to a level at par with that of the US' closest allies and partners," a joint statement issued after their meeting said.

In May the House passed the amendment to the defence finance bill for closer cooperation with India.

But a similar amendment initially failed in the Senate the next month. It was not specifically directed against India as the Senate dropped several pending amendments.

But later in June, the Senate adopted by voice votes an amendment to the bill "to authorise military-to-military exchanges with India".

The final compromise version of the legislation ironing out the differences in the House and Senate bills was hammered out by armed services committees of the two chambers and was unveiled late last month with the provision for India to be a major defence partner.

Overall, the bill allocates $618.7 for defence. Obama will either sign the bill or veto it, but the bill has enough votes in Congress for a potential veto to be overturned.

Provisions like the one on major defence partner status for India are usually inserted into budget bills by members of the Congress advocating them as they would have the effect of laws and can be adopted faster without having to go through the full legislative process that includes lengthy reviews and debates.

Two separate bills, the US-India Defense Technology and Partnership Act introduced in the House in March, and the Advancing US-India Defense Cooperation Act in the Senate in May, stuck in the legislative process.

Both bills are pending in their respective foreign affairs or relations committees and are unlikely to be taken up in the remainder of the currents of the Congress that ends on January 3 next year.