Pak should be isolated for supporting terrorism: Bangladesh 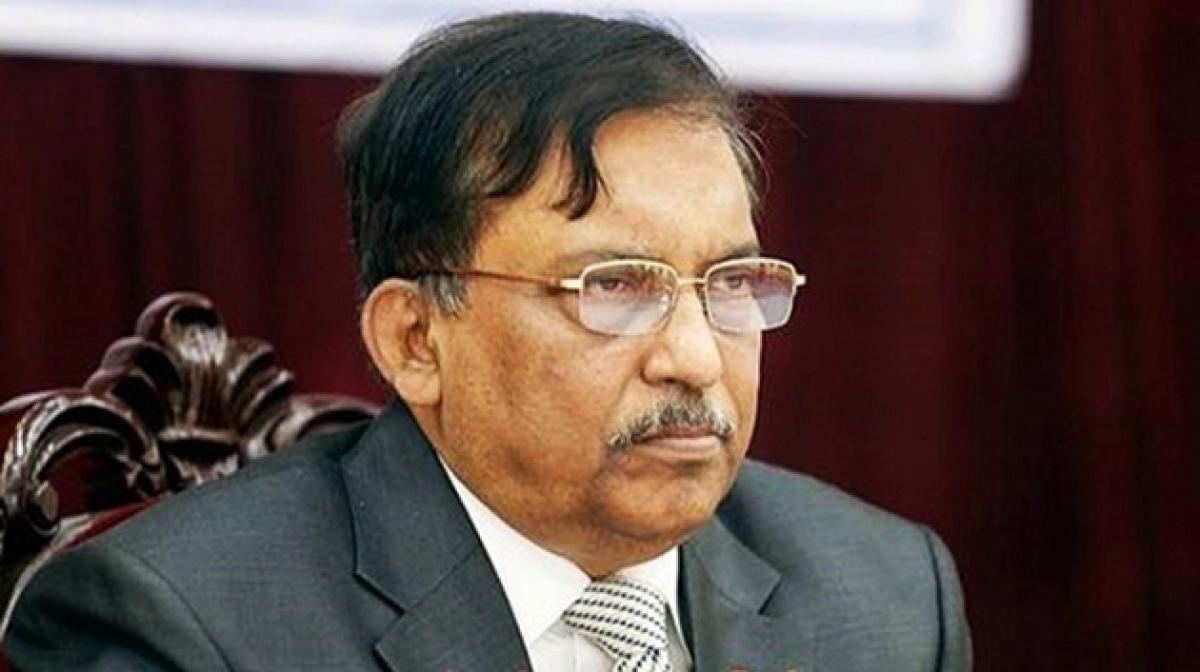 Assuring Bangladesh\'s support to India on the issue of tackling terror, its Home Minister Asaduzzaman Khan Kamal says Pakistan needs to be isolated for harbouring terrorists and supporting terror acts.

Assuring Bangladesh's support to India on the issue of tackling terror, its Home Minister Asaduzzaman Khan Kamal says Pakistan needs to be isolated for "harbouring terrorists and supporting terror acts".

He was also of the opinion that the delay in the Teesta water sharing treaty with India is giving scope to Opposition parties and fundamentalist organisations like Jamat in flaring up anti-India passions in Bangladesh.

"Pakistan has always harboured and supported terrorists. We feel those who support terrorism should be discouraged and isolated. We should do everything to discourage and condemn such attacks. Such kind of terror attacks should not be carried out against any country," Kamal said.

While sharing the agony and pain of India being one of the most affected countries of cross-border terrorism, he says Bangladesh stands by India in its fight against terrorism.

Amid heightened tension with Pakistan over Uri terror attack in which 18 jawans were killed, India had announced its decision of pulling out of the SARRC Summit citing increased "cross-border" attacks.

Afghanistan, Bangladesh and Bhutan also pulled out of the SAARC Summit in Islamabad in November, indirectly blaming Pakistan for creating an environment which was not right for successful holding of the meet, resulting in its collapse.

On the deadlock over Teesta water sharing treaty, Kamal says he is hopeful that the pact will be a reality in future but maintained relations between both countries don't depend on this single treaty.
"Any treaty is done on the basis of mutual interests of both the countries. A treaty cannot be signed by neglecting the interests of a country which is party to it. We feel that Teesta treaty will happen in future. The way the bilateral relations are moving forward, we are hopeful that Teesta treaty will happen sooner or later," he says.

Although Kamal notes that the future of the Indo-Bangla relations doesn't depend on Teesta treaty, he says Opposition and fundamentalist forces are using it to flare up anti-India sentiments in Bangladesh.

"The bilateral relationship won't depend on this treaty. It is true that Bangladesh is facing some problems. Water is essential for both the countries," he says.

Reminiscing the role played by India during the Bangladesh Liberation War of 1971, the senior Awami league MP and a Mukti Joddha (liberation war fighter) himself, feels Prime Minister Narendra Modi's visit last year and signing of the LBA have strengthened bilateral relationship.

Lauding intelligence sharing mechanism between India and Bangladesh in combating terrorism, he says, "We are continuously sharing intelligence and information with India and vice-versa. Whatever information we have received from the Indian intelligence agencies we have taken stern action on it and have worked on it. NIA and Bangladesh agencies are working closely. We have zero tolerance on the issue of terrorism and will not allow the our territory for terror activities." Bangladeshi police and intel agencies have already sealed and tapped the transit point in Bangladesh that Pakistan used to use for channelising fake notes into India, he says.

On the issue of Rohingya Muslims from Myanmar who have crossed the border into Bangladesh to flee violence that has escalated over the past two months, Kamal remained 'non-committal' on completely opening up the border for them.

"Is this is a solution that whenever they will be attacked and killed we will open our border? This thing (genocide) has been going on systematically in an continuous process. An international opinion should be emerge against it. But those who are coming we are giving them shelter, food. Actually, Myanmar itself has created a inner circle within their borders to stop them from entering into Bangladesh," he says.