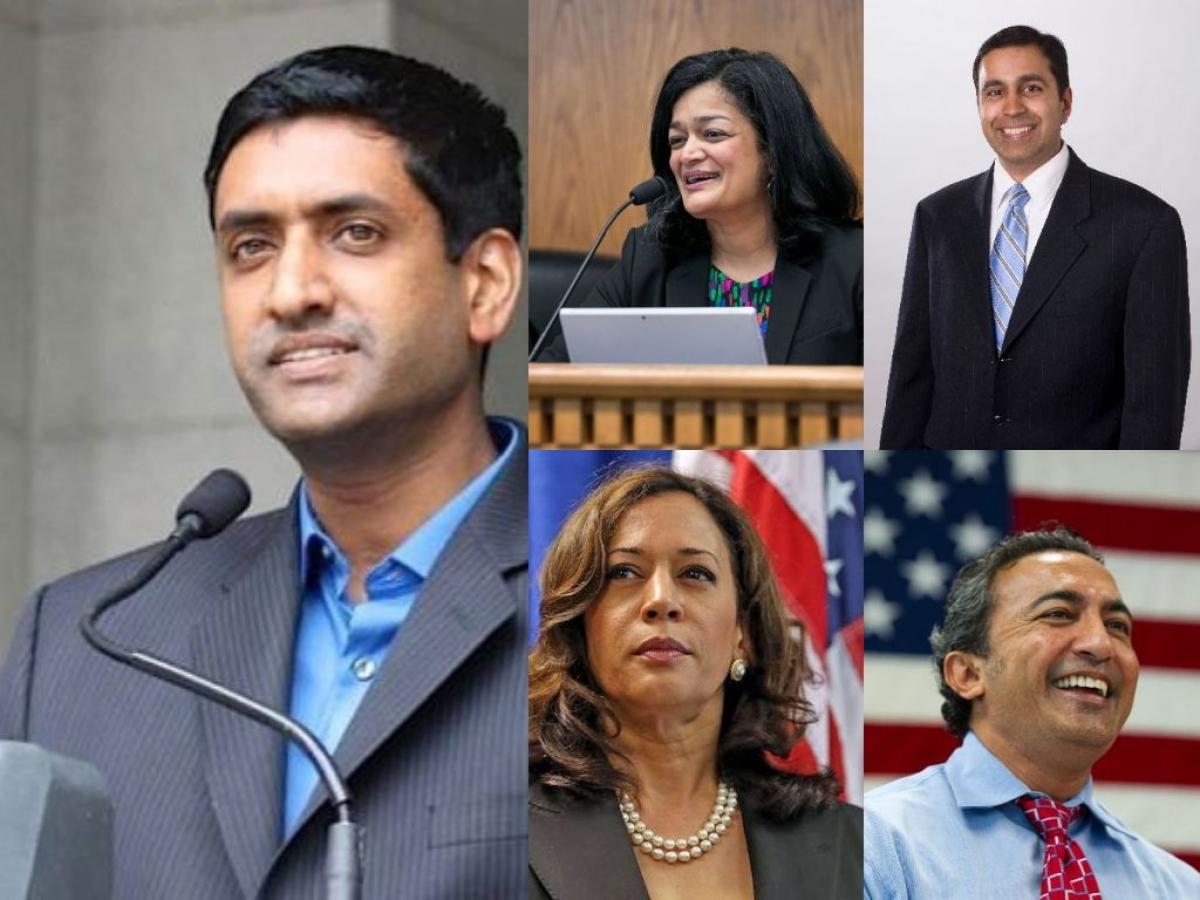 A record five Indian-Americans took oath as members of the US Congress, scripting history for the minority ethnic community that comprises just one per cent of America\'s population.

Washington: A record five Indian-Americans took oath as members of the US Congress, scripting history for the minority ethnic community that comprises just one per cent of America's population.

52-year-old Kamala Harris, whose mother was from India and father from Jamaica, was sworn in yesterday as the Senator from California by outgoing US Vice President Joe Biden. She is the first Indian-American to have ever served in the Senate.

She was accompanied by her husband Doug Emhoff, sister Maya Harris and other members of her immediate family during the swearing in ceremony.

Harris, who before the swearing in held the position of California Attorney General, replaced Senator Barbara Boxer, who decided against seeking re-election. She is one of the seven new Senators to have taken office in the new Congress.

"Today I was sworn-in to the US Senate. I am humbled and honoured to serve you and the people of California. Let's get to work," Harris said immediately thereafter.

After her elections, she has made it clear that her top priority would be to fight out the alleged divisive policies of the Republicans who are now in majority in both the House of Representative and the Senate.

A few hours later, the focus of the community shifted to the House Chambers wherein as many as four Indian-Americans were sworn in as its members, including Congressman Ami Bera, who has been re-elected for the third consecutive term.

In the process Bera, 51, equalled the record of Dalip Singh Saundh, who exactly 60-years ago became the first Indian-American to be elected as a member of the US Congress.

Joining Bera was young and dynamic Ro Khanna (40) representing the Silicon Valley. He was sworn in on a bicentennial edition of the Constitution on loan from the rare books division of the Library of Congress.

Congressman Raja Krishnamoorthi, 42, who won the election from Illinois took the oath on Gita. He is only the second US lawmaker after Tulsi Gabbard from Hawaii to take the oath on a Gita. Gabbard, the first ever Hindu to be elected to the US Congress took the oath for third consecutive term.

Having created a national niche for herself even before being sworn in, Pramila Jayapal (51) is the first Indian American woman in the US House of Representatives. Her 78-year-old mother, who especially came in from India, watched the proceedings from the gallery.
"Today is not about me. It's about we. It is about the

movement of hundreds of thousands of people in Washington's seventh Congressional District, a diverse coalition of people from all walks of life, who want to ensure that we continue to provide opportunity for all," she said.

"In Congress, I pledge to draw on my experiences as a woman of colour, as an immigrant, and as a Washingtonian to speak out against injustice, even when it is not popular, to push for creative solutions to people's everyday problems, and to find common ground where it can be found," said Jayapal, who is one of only 23 Members of Congress born in another country apart from Krishnamoorthi.

Less than a mile away, Indian-Americans from across the country gathered later in the night to celebrate the historic occasion at a gala organised by Indiaspora.

"This is a historic moment. Today we are celebrating from success to significance," said M R Rangaswami, eminent investor, philanthropist and entrepreneur.

"Today, we are actually one per cent of the Congress. We have come a long way but we have a long way to go," Rangaswami said.

"The best of the (Indian American) community is yet to come," said eminent Indian-American Ashley Telis at a pre-gala news conference, adding that more is in store from the next generation of Indian Americans.