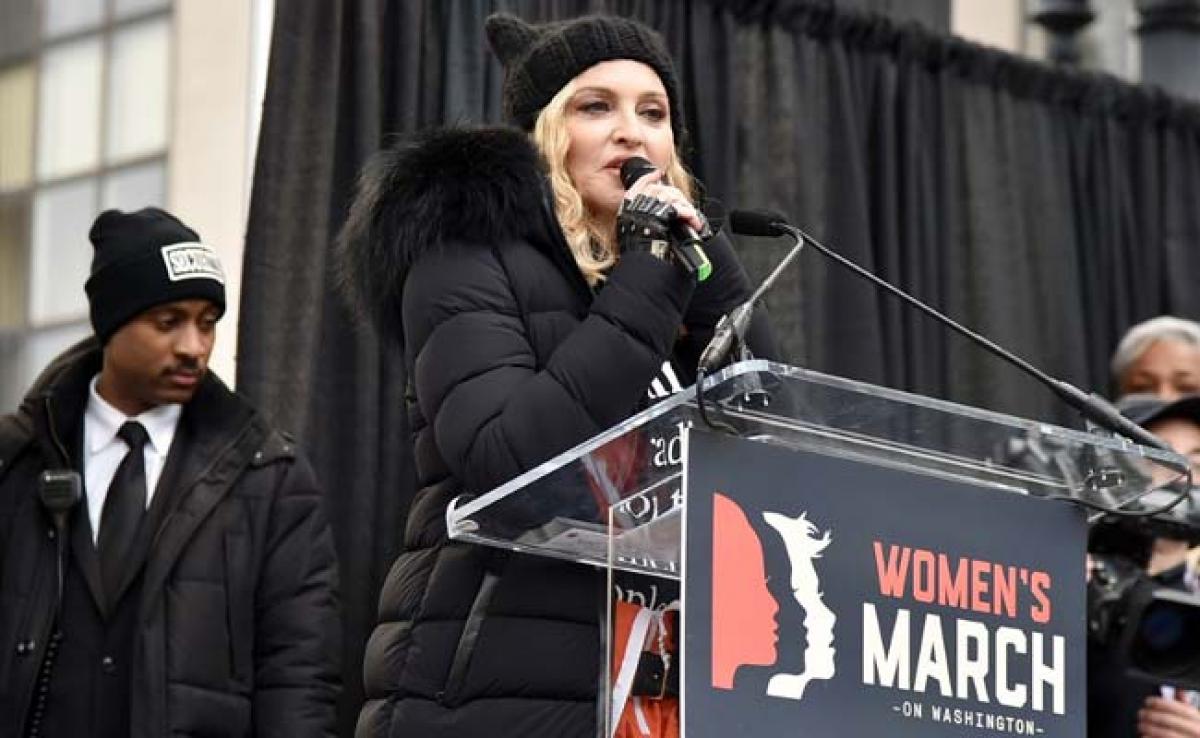 Pop diva Madonna made an unannounced  appearance Saturday in Washington to join hundreds of thousands of people rallying for women\'s rights in defiance of President Donald Trump.

Pop diva Madonna made an unannounced appearance Saturday in Washington to join hundreds of thousands of people rallying for women's rights in defiance of President Donald Trump.

"Welcome to the revolution of love," she said as she took the stage, wrapping up hours of speeches by celebrities and rights activists. "To the rebellion. To our refusal as women to accept this new age of tyranny."

Sporting a black "pussyhat", the 58-year-old singer spoke at the mass demonstration in a star-studded line-up that included the likes of feminist icon Gloria Steinem and actress Ashley Judd.

"We are not afraid. We are not alone. We will not back down," the Madonna told a huge crowd -- the overwhelming majority of them women, many donning pink "pussyhats."

"There is power in our unity and that no opposing force stands a chance in the face of true solidarity."

Madonna had campaigned for Hillary Clinton in her bid to become America's first woman president, and told Billboard Magazine after the Democrat's loss that women had a "tribal inability" to accept a female president.

"Women hate women. That's what I think it is," she had told the music magazine.

At Saturday's march, her language took on a more revolutionary -- and sometimes expletive-filled -- tone.

"It took us this darkness to wake us," she said. "Good did not win this election but good will win in the end."