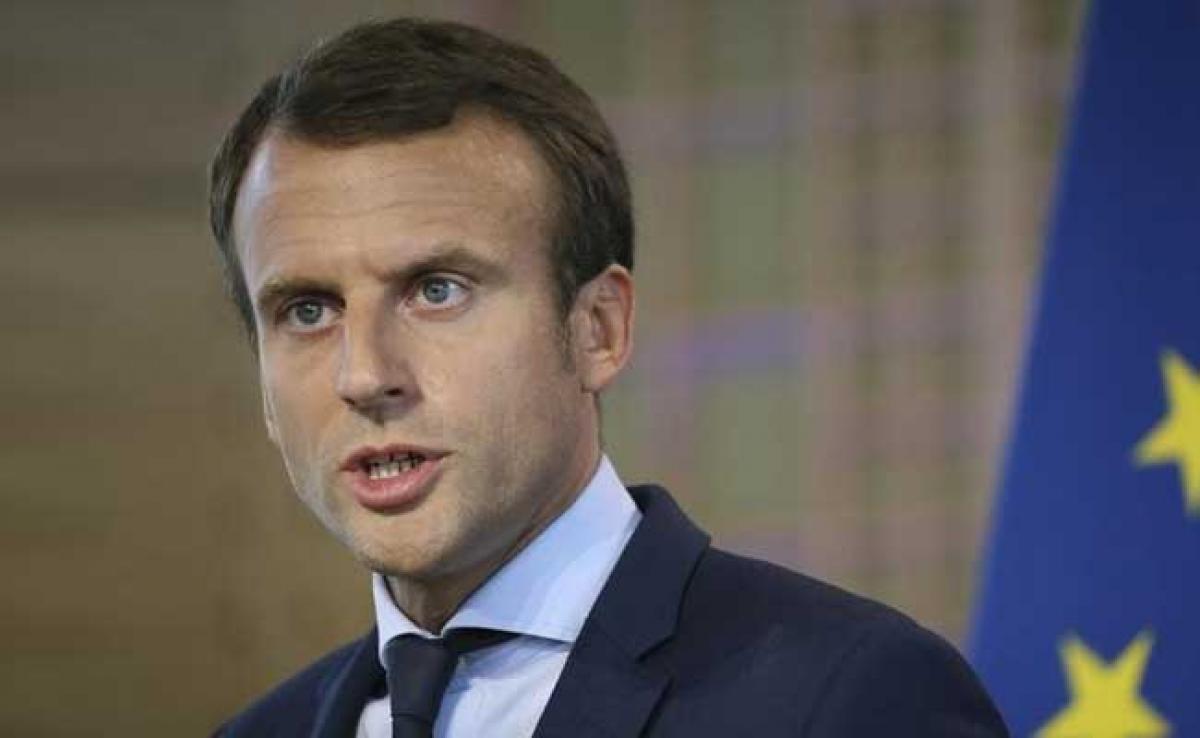 France\'s presidential race sank deeper into smear and sleaze on Tuesday after centrist Emmanuel Macron was forced to deny an extramarital affair and conservative Francois Fillon pressed on with efforts to salvage his reputation.

France's presidential race sank deeper into smear and sleaze on Tuesday after centrist Emmanuel Macron was forced to deny an extramarital affair and conservative Francois Fillon pressed on with efforts to salvage his reputation.

A slump in support for Mr Fillon after accusations that he used taxpayers' money to pay his wife for work she may not have done has propelled Mr Macron into the top spot in opinion polls.

Late on Monday, Mr Macron, a centrist former economy minister and ex-banker sought to kill rumours of a same-sex relationship outside his marriage to Brigitte Trogneux and push his campaign on.

"If you're told I lead a double life with Mr Gallet, it's because my hologram has escaped," Mr Macron told supporters, referring to Radio France chief executive Mathieu Gallet.

A spokeswoman said the comments were "a clear denial of the rumours about his private life".

It is Mr Fillon's campaign, though, that has been hit by scandal. On Monday, he apologised for what he said was an error of judgment regarding the employment of family members, but said his wife's work had been genuine and legal and vowed to fight on.

In a voter survey published on Tuesday, 65 per cent of respondents polled after he made his comments said they still wanted him replaced as candidate of the centre-right, a figure that will do little to soothe anxieties within his party, The Republicans.

Le Canard Enchaine, the satirical weekly that broke the scandal involving Mr Fillon's wife, Penelope, made new allegations on Tuesday. In addition to the roughly one million euros paid to her and two of the couple's adult children, the newspaper said she had also received severance pay totalling 45,000 euros ($48,105) over the years.

Mr Fillon, who said on Monday he was a victim of "media lynching", hit back immediately with a statement in which he contested the figures given by the weekly.

"Not only does le Canard Enchaine try to cast doubt, wrongly, over the calculation of the net average salary of my wife but it commits numerous errors in analysing information on the pay slips," he said.

"Only a desire to cause harm can explain this report which is full of lies," he said.

Heaping more pressure on the centre-right party, it emerged that a magistrate had ordered ex-president Nicolas Sarkozy to stand trial over election financing irregularities - a reminder of the party's past brushes with financial scandal.