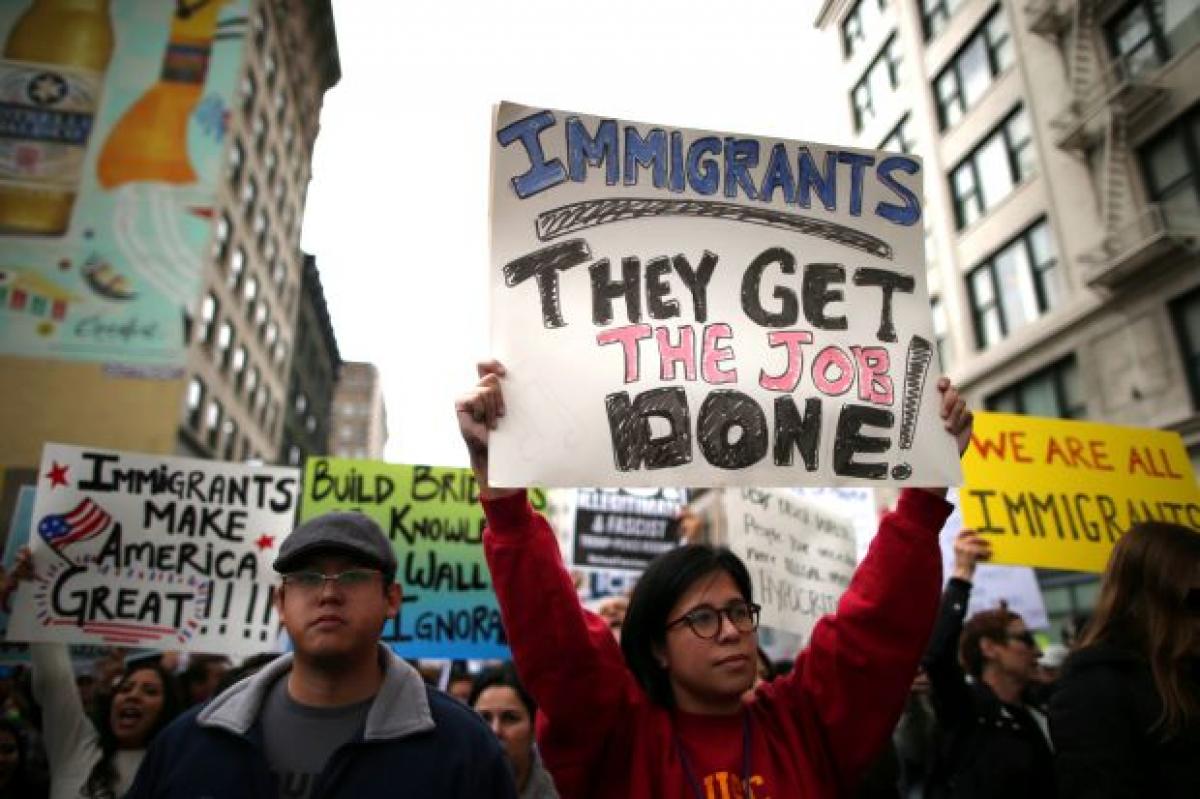 The Department of Homeland Security has prepared new guidance for immigration agents aimed at speeding up deportations by denying asylum claims earlier in the process.

The Department of Homeland Security has prepared new guidance for immigration agents aimed at speeding up deportations by denying asylum claims earlier in the process.

The new guidelines, contained in a draft memo dated February 17 but not yet sent to field offices, directs agents to only pass applicants who have a good chance of ultimately getting asylum, but does not give specific criteria for establishing credible fear of persecution if sent home.

The guidance instructs asylum officers to "elicit all relevant information" in determining whether an applicant has “credible fear” of persecution if returned home, the first obstacle faced by migrants on the U.S.-Mexico border requesting asylum. (Graphic: tmsnrt.rs/2m4aPAs)

Three sources familiar with the drafting of the guidance said the goal of the new instructions is to raise the bar on initial screening.

The administration's plan is to leave wide discretion to asylum officers by allowing them to determine which applications have a "significant possibility" of being approved by an immigration court, the sources said.

The guidance was first reported and posted on the internet by McClatchy news organization.

In 2015, just 18 percent of asylum applicants whose cases were ruled on by immigration judges were granted asylum, according to the Justice Department. Applicants from countries with a high rate of political persecution have a higher chance of winning their asylum cases.

A tougher approach to asylum seekers would be an element of President Donald Trump's promise to crackdown on immigration and tighten border security, a cornerstone of his election campaign and a top priority of his first month in office.

The DHS declined to comment for this story, referring questions to the White House, which did not respond to a request for comment.

What is credible fear?

Under the Immigration and Nationality Act, an applicant must generally demonstrate "a well-founded fear of persecution on account of race, religion, nationality, membership in a particular social group, or political opinion."

Immigration lawyers say any applicants who appear to meet that criteria in their initial interviews should be allowed to make their cases in court. They oppose encouraging asylum officers to take a stricter stance on questioning claims and rejecting applications.

Interviews to assess credible fear are conducted almost immediately after an asylum request is made, often at the border or in detention facilities by immigration agents or asylum officers, and most applicants easily clear that hurdle. Between July and September of 2016, U.S. asylum officers accepted nearly 88 percent of the claims of credible fear, according to U.S. Citizenship and Immigration Services data.

Asylum seekers who fail the credible fear test can be quickly deported unless they file an appeal. Currently, those who pass the test are eventually released and allowed to remain in the United States awaiting hearings, which are often scheduled years into the future because of a backlog of more than 500,000 cases in immigration courts.

Between October 2015 and April 2016, nearly 50,000 migrants claimed credible fear, 78 percent of whom were from Honduras, El Salvador, Guatemala or Mexico, according to statistics from USCIS.

The number of migrants from those three countries who passed credible fear and went to court to make their case for asylum rose sharply between 2011 and 2015, from 13,970 claims to 34,125, according to data from the Justice Department.

Former border patrol chief Mike Fisher credits that trend to advice from immigration lawyers who know "asylum officers are going to err on the side of caution and refer most cases to a judge."

Among other measures, the president’s directive calls for expediting eligibility claims of those attempting to stay in the United States and promptly deporting those whose claims are rejected.

Some immigration officers familiar with the draft guidance say they are concerned that a rapid increase in deportations of asylum seekers could strain overcrowded detention facilities and create transportation problems.

Deportations take time and coordination, even when immigrants are quickly targeted for expulsion. U.S. officials must get approval from a deportee’s home country before repatriation can take place, and transportation can be complicated and expensive. Immigrants from non-contiguous countries are flown home by plane, while Mexicans are often bused across the border.

Homeland Security personnel who worked on the guidance say they hope to expand detention space by at least 8,000 beds. The money to pay for that would require congressional sign-off.

The extra beds, they say, would further the president's goal, expressed in his executive order on border security, of ending the practice known as "catch and release" in which migrants, including asylum seekers, are freed pending a court hearing. The new guidance calls for expanding detention, but acknowledges that ending the practice "may not be immediately possible."

A congressional aide familiar with the administration’s plans said DHS is considering expanding its contracts with private prison companies like GEO Group and CoreCivic, which currently hold most immigrant detainees.

Immigrants rights advocates say they fear that raising the bar on the credible fear test could screen out migrants with a rightful claim to asylum, because asylum officers may dismiss cases that could make it through court if the asylum seeker were given legal counsel, said Marielena Hincapie, executive director of the National Immigration Law Center.

Asylum applicants have the right to appeal denials of credible fear claims and may request to see a judge to assert their claim to be in the United States for other reasons, such as family ties. For that reason, raising the bar on credible fear might not deter asylum seekers as much as the Trump administration hopes, said former border patrol head Fisher.