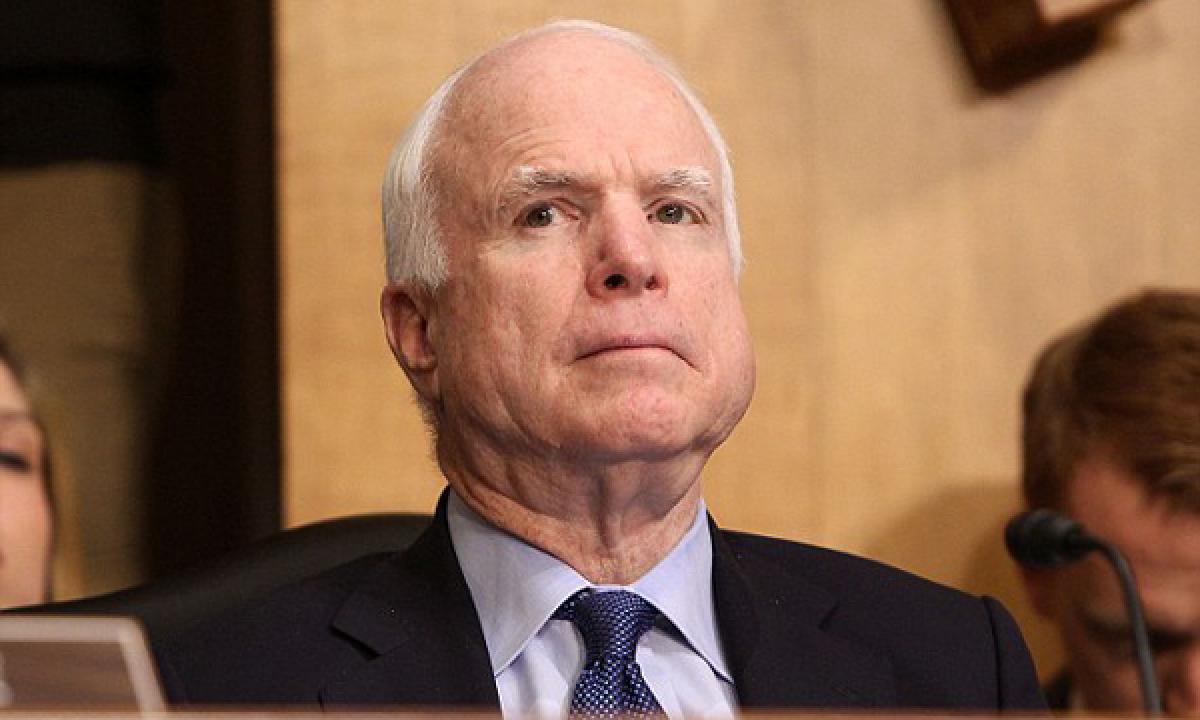 US Senator John McCain has slammed President Donald Trump\'s attacks on the media, saying dictators \"get started by suppressing free press\". It was a startling observation from a sitting member of the Congress against the President, especially considering McCain is a member of Trump\'s Republican Party.

It was a startling observation from a sitting member of the Congress against the President, especially considering McCain is a member of Trump's Republican Party.

McCain, who has broken with Trump on several issues, made the statement in an interview with NBC News after the President in a tweet condemned several media organisations as "fake news" and "an enemy of the American people".

"I hate the press. I hate you especially," McCain said on Saturday. "But the fact is we need you. We need a free press. We must have it. It's vital."

"If you want to preserve the democracy... you have to have a free and many times adversarial press," he said.

"And without it, I am afraid that we would lose so much of our individual liberties over time. That's how dictators get started."

The Republican cautioned that he was not accusing Trump of trying to be a dictator. He made the comments during a discussion of the post-World War II world and America's role in it.

McCain at the Munich Security Conference on Friday warned "of an increasing turn away from universal values and toward old ties of blood, race and sectarianism" in the West as well "the growing inability and even unwillingness to separate truth from lies".

The Senator said the European leaders he has spoken to have been reassured by speeches by Defense Secretary James Mattis and Department of Homeland Security Secretary John Kelly.

"They have a lot of trust in these individuals," McCain said. "We've just got to have a consistent message to these people who are seriously threatened, particularly our friends in the Baltics."

McCain reiterated his confidence in the President's national security team.

When asked how much confidence he has in Trump as commander-in-chief, McCain expressed some doubts -- pointing to the chaotic implementation of his travel restrictions on citizens from seven predominantly Muslim nations.

"I worry about the President's understanding of some of these issues and his contradictory articulations. And I think the rollout of the, quote, immigration reform was an example of a need for an orderly decision-making process in the White House," McCain said.

The 2008 Republican presidential nominee was troubled by Trump's response to a recent challenge in a Fox News interview that Russian President Vladimir Putin was "a killer" -- in which Trump said "What, do you think our country's so innocent?"

"I guess it was Bill O'Reilly who said, 'But Putin is a killer.' And he basically said, 'So are we'," McCain said.

"That moral equivalency is a contradiction of everything the US has ever stood for in the 20th and 21st century."

"I think we should give the President the benefit of doubt. But at the same time, we have our responsibilities of advise and consent," he said.