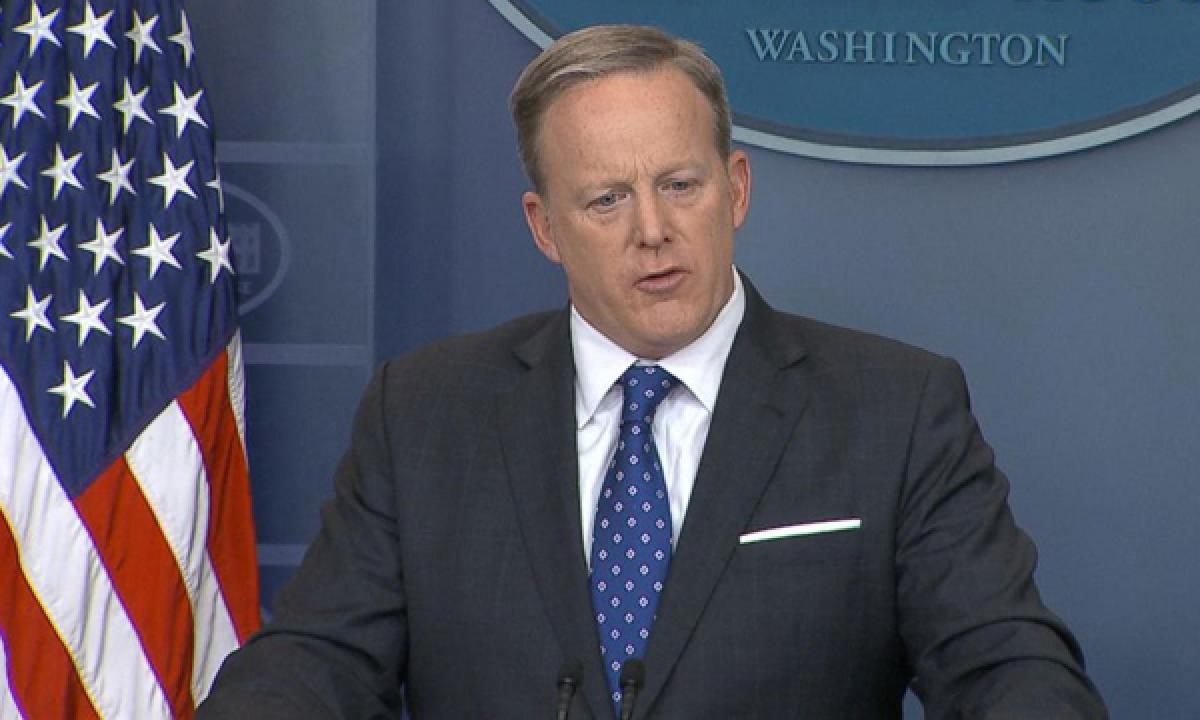 Mass deportation is not the goal of the Trump administration, White House Press Secretary Sean Spicer has said after new memos on Tuesday outlined a plan to detain and deport certain undocumented immigrants. Spicer on Tuesday rejected that description of the pair of memos issued by Homeland Security Secretary John Kelly serve as guidance to immigration and border agents and officers on how

Washington:Mass deportation is not the goal of the Trump administration, White House Press Secretary Sean Spicer has said after new memos on Tuesday outlined a plan to detain and deport certain undocumented immigrants.

Spicer on Tuesday rejected that description of the pair of memos issued by Homeland Security Secretary John Kelly serve as guidance to immigration and border agents and officers on how to implement the immigration executive orders that President Donald Trump issued earlier.

One of the memos says the immigration agency will "no longer exempt classes or categories of removable aliens from potential enforcement" with certain exceptions including children, the ABC News reported.

The memos offer the clearest picture yet of how Trump plans to tackle the issue of undocumented immigration, including calling for enlistment of local law enforcement to help detain and remove unauthorised individuals, construction of the border wall and expansion of detention facilities.

One of the memos also directed Immigration and Customs Enforcement (ICE) to hire 10,000 officers and agents and Customs and Border Patrol (CBP) to hire 5,000 additional border patrol agents and 500 air and marine agents and officers.

Spicer on Tuesday said: "Those who are in this country and pose a threat to our public safety or have committed a crime will be the first to go and we will be aggressively making sure that happens. That is what the priority is."

He said that by removing protocols prioritising certain immigrants for removal that were in place during the Obama administration, "the President wanted to take the shackles off" law enforcement and immigration officials.

The memos state that "detention is the most efficient means to enforce the immigration laws at our borders" as opposed to the "catch-and-release" policies in the past.

"Detention also prevents such aliens from committing crimes while at large in the US, ensures that aliens will appear for their removal proceedings, and substantially increases the likelihood that aliens lawfully ordered 'removed' will be removed," the memo states.

That memo calls for the Director of ICE to "take all necessary action and allocate all available resources to expand their detention capabilities at or near the border with Mexico".

The plans stated in the memos have raised concern among immigrants' rights and civil rights groups, including the American Civil Liberties Union.

"The Trump administration is willing to trample on due process, human decency, the well-being of our communities and even protections for vulnerable children in pursuit of a hyper-aggressive mass deportation policy," Omar Jadwat, the director of the ACLU's immigrants' rights project, said.

The memos state the administration has all the authority to get started with construction of the border with Maxico and the DHS will "immediately begin planning, design, construction and maintenance of a wall, including the attendant lighting, technology (including sensors), as well as patrol and access roads".

The DHS told the media that the memos have no impact on the Deferred Action for Childhood Arrivals programme and make no mention of using any National Guard troops for enforcement.