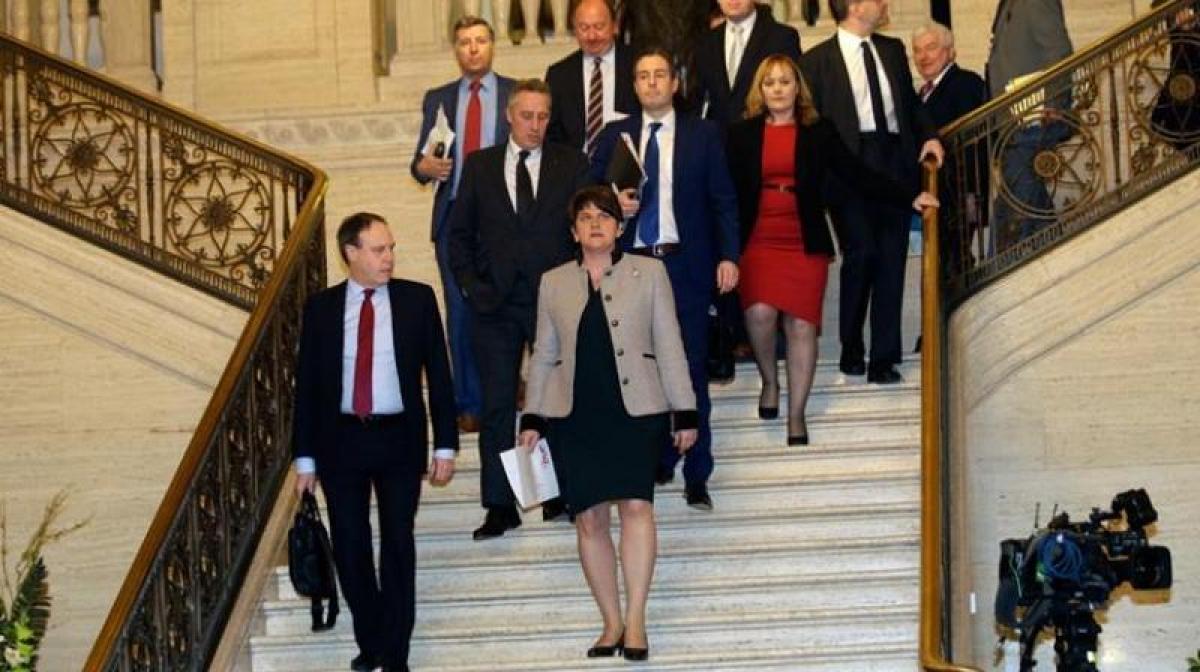 The last opinion poll ahead of the vote, of 1,580 people surveyed online by LucidTalk between Friday and Sunday, put the DUP on 26 percent and Sinn Fein on 25 percent.

Northern Ireland holds snap elections on Thursday in a bid to resolve a political crisis precipitated by Brexit as bad blood and allegations of corruption threaten to rock a delicate peace in the province.

Long-simmering tensions boiled over in January when deputy first minister Martin McGuinness of the Sinn Fein party quit, saying he could no longer work with First Minister Arlene Foster from the rival Democratic Unionist Party (DUP).

That triggered fresh elections to the Northern Ireland Assembly, a semi-autonomous body that has powers devolved from London over matters such as health, education and the local economy.

If fences cannot be mended between Sinn Fein and the DUP after the elections, the assembly's executive could be suspended and the province fully governed from London.

In the May 2016 assembly elections, the Protestant, conservative and pro-British DUP won 38 seats in the 108-seat assembly. Sinn Fein, Catholic, socialist and Irish Republican won 28 seats.

Polls and experts predict this week's election will produce a result mirroring the 2016 outcome, meaning deadlock.

McGuinness resigned in protest over a botched green heating scheme, the breaking point after months of tensions with the DUP.

Foster had instigated the scheme when she was the province's economy minister.

While deeply-engrained historical enmity persists between the parties, they have also been divided by Brexit.

The DUP backed the United Kingdom leaving the European Union, while Sinn Fein wanted the UK to stay within the bloc.

During a televised debate on Tuesday, Michelle O'Neill, who replaced McGuinness as the head of Sinn Fein in Northern Ireland said the DUP's pro-Brexit view was "absolutely disgusting".

"I think it is disappointing and disgraceful that the DUP have taken a stance against the majority of the people here," she said.

"Brexit sped into the political crisis because Brexit is a highly divisive issue between unionists and (Irish) nationalists," said Jonathan Tonge, a politics professor at Liverpool University and an author of several publications on Northern Irish politics.

"Brexit is a disaster for Northern Ireland on so many levels," said Tonge.

"The most disastrous thing would be the return of a border... which will greatly offend nationalists."

The open frontier between Northern Ireland and the Republic of Ireland is the UK's only land border with EU territory.

Border checkpoints are a memory of Northern Ireland's violent past -- a time known as "The Troubles" of three decades of strife in which more than 3,500 people were killed.

With Britain seeking to pull out of the European single market some worry about customs posts being installed, damaging cross-border trade and weakening the relative stability of the last 20 years.

The elections and the border issue are being closely watched.

"The Irish and British have worked hard to have it and in no way should it become under risk," he said, after talks with Irish Prime Minister Enda Kenny.

George Mitchell, a former US senator who chaired the talks that led to the Good Friday agreement, said the EU had helped to bring Britain and Ireland to the negotiating table.

"I think the UK being out of the European Union may reduce the prospect for further co-operation," he told Sky News on Sunday.

The last opinion poll ahead of the vote, of 1,580 people surveyed online by LucidTalk between Friday and Sunday, put the DUP on 26 percent and Sinn Fein on 25 percent.

In these circumstances, the DUP is again expected to nominate Foster as first minister, leaving matters no further forward than before the election.

Brokenshire would then likely suspend devolution while he tries to broker a deal between the DUP and Sinn Fein. However, "it's difficult to see what the deal would be", said Tonge.