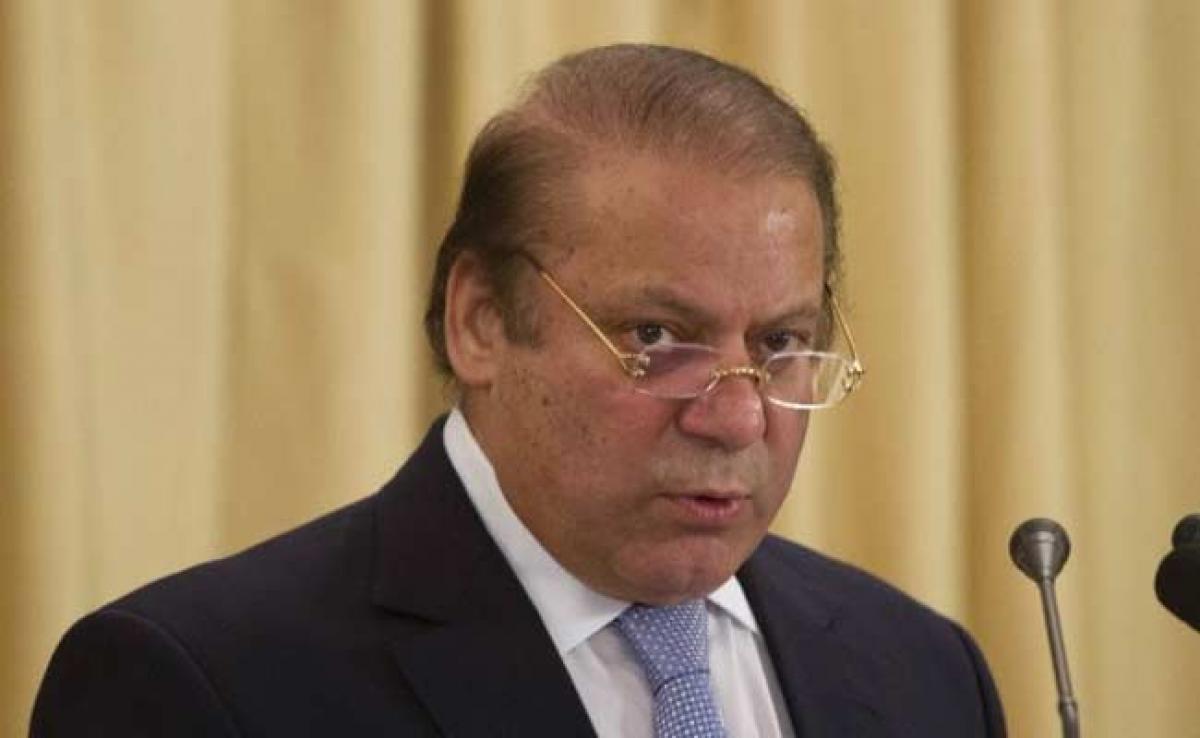 Prime Minister Nawaz Sharif today said that forcible conversion and destruction of worship places of other religions is a crime in Islam and in Pakistan as he greeted the Hindu community on the occasion of Holi.

Prime Minister Nawaz Sharif today said that forcible conversion and destruction of worship places of other religions is a crime in Islam and in Pakistan as he greeted the Hindu community on the occasion of Holi.

Addressing a function to celebrate Holi with Hindus in Karachi, he insisted that it was not anyone's job to decide who will go to hell or heaven, but to make Pakistan a heaven on earth.

In his inclusive message to minorities in Pakistan, the prime minister said "no one can force others to adopt a certain religion".

"Islam gives importance to every human being regardless of his caste, creed or religion and I say it clearly that forcing anyone to convert his religion is a crime and it is our duty to protect the worship places of the minorities in Pakistan," Mr Sharif told the gathering.

Leading members of the Hindu community and minority lawmakers attended the function where the prime minister insisted that in Pakistan the fight was between terrorists and those who wanted to see the country progress and develop into an Asian tiger.

"There is no fight in Pakistan over religion. If there is any fight it is with these terrorists and miscreants who use religion to mislead people and kill innocent people and don't want to see this country develop or prosper," he said.

Mr Sharif admitted that in the past some miscreants had attempted to create divisions on the basis of religion but insisted that Pakistan was created where everyone was free to practice his religion and go to his worship place.

"Pakistan didn't come into existence to be against any religion. It is wrong to consider any religion inferior. I want to see a Pakistan where there are equal opportunities for every person of any religion to progress and make a good life for himself and his family. And there is peace and protection for everyone," the prime minister said.

The Hindu community has constantly complained about their people in the rural areas being forced to convert to Islam and their women being kidnapped and forcibly converted.

The premier noted that since 2013 the law and order situation had improved in Karachi and other parts of Sindh and there had been a marked decrease in cases of Hindu traders and businessmen being kidnapped for ransom.

"Pakistan has the best future in Asia but for that we need to ensure every citizen is given equal opportunities and equal rights no matter what is his religion or belief."

The Hindu community celebrated the Holi festival with fervor and enthusiasm in Karachi with functions held all over the city and Sharif said he was happy to see the celebrations in every nook and corner of Karachi without any hinderance.

Mr Sharif greeted the gathering with 'Happy Holi'. He also referred to L K Advani when someone mentioned his love for the famous Hindi song 'Baharo phool barsao', saying a decade ago he (Sharif) could sing this song as melodiously as Mohammad Rafi.

He also said that Health cards should be started in Sindh and announced 500 million rupees for the welfare of the Hindu community.