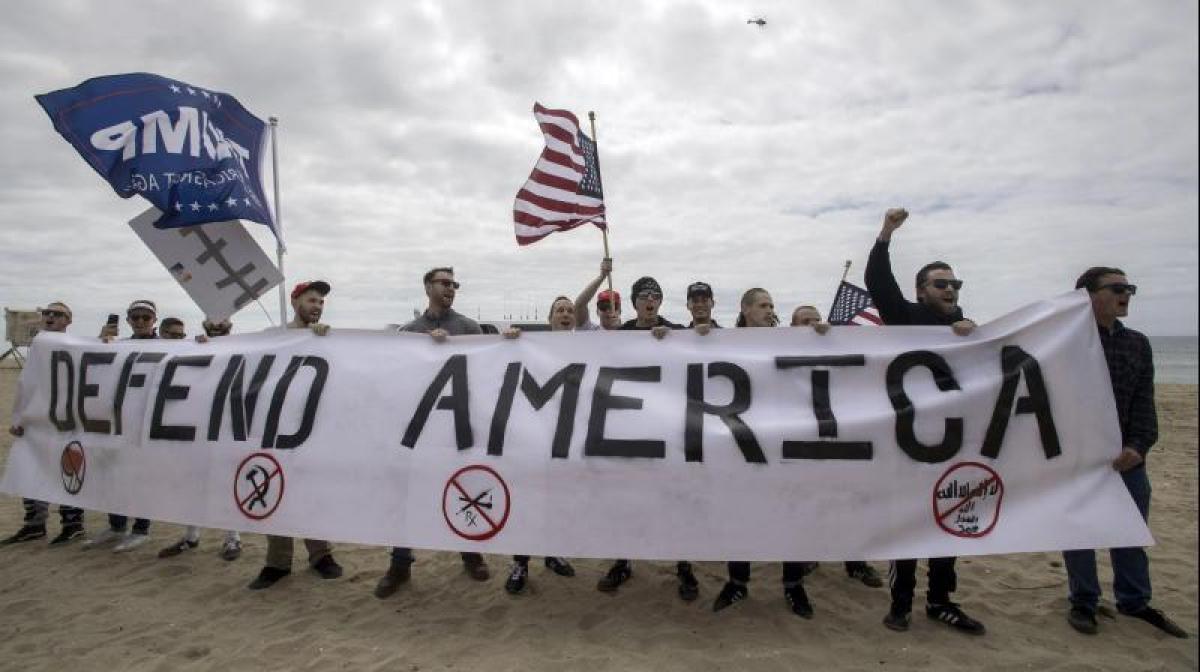 Violence broke out at a pro-Donald Trump rally in southern California when a masked man pepper-sprayed the female organizer before demonstrators...

Violence broke out at a pro-Donald Trump rally in southern California when a masked man pepper-sprayed the female organizer before demonstrators tackled him to the ground.

Video posted on Facebook from the fracas at Bolsa Chica State Beach, near Los Angeles, shows a man punching the assailant before being pulled away as the masked man runs off.

"It was a quick reaction, there was about 12 of them," organizer Jennifer Sterling told the Los Angeles Times of her defenders.

No one was wounded in the altercation, according to a dispatcher for the Huntington Beach Fire Department.

Local police reported no arrests among the protesters, although the Times said the California Highway Patrol picked up the masked man shortly after he ran off.

The march was one of dozens planned nationwide.

The president tweeted his thanks "for all of the Trump Rallies today." "Amazing support," he added. "We will all MAKE AMERICA GREAT AGAIN!"